Which 2020 Geely Coolray should you buy? [Philkotse Guide]

Apr 17, 2020 | Same topic: Which Car Variant to Buy?
Ever wonder which Coolray is best for you? Then find out here.

As of April 2020, Sojitz G Auto Philippines, the official distributor of Geely automobiles here in the country only has the Coolray available, with the bigger Geely Azkarra compact crossover underway. Despite that though, they’re making a killing when it comes to selling it.

Which 2020 Geely Coolray should you buy? – Variant Comparison

As such, we can say that it has arrived in a time where Chinese car companies are on the rise in the country. This is especially true in the crossover market where the MG ZS, and the Geely Coolray itself, are rather affordable options for many Filipinos without compromising quality.

This makes them a legitimate threat to the Japanese, European, and American made crossovers that were available here in the country for the longest time.

Now, some of you are already aware of this and are considering buying a Geely Coolray in the near future. This, in turn, begs the question: which Coolray variant is the right one for you? Well, let’s find out, shall we?

When it comes to design, there aren’t many noticeable differences between the three Coolray variants. All have this very futuristic look to them that’s sure to catch the attention of people even causing them to wonder: “what car is that?”

It is, after all, relatively new to the Philippine market and coupled to that, all of its variants are adorned with rather unique design choices like the “Expanding Cosmos” grille, the quad exhaust tips, it’s faux carbon fiber accents, roof rails, as well as a very prominent rear spoiler. While there are differences, the overall shape and roofline of the Coolray is the same across all variants

Apart from that, these variants are of the same size, 196mm ground clearance, and even the mechanical parts – but more on that later.

When it comes to the Coolray variants’ cabins, the most obvious would be their seat covers. The Sport, of course, comes with leather, the Premium with easy-to-clean but sturdy PVC, and the Comfort’s seats are covered in Fabric.

The design and the hyper-modern shapes found on the dashboard and the center console remains the same all across three variants. The 10-inch touchscreen is also standard and it comes with the same QD Link smartphone mirroring capabilities.

And lastly, all variants of the 2020 Geely Coolray come with a default trunk capacity of 330 liters, automatic climate control, cruise control, and all of them can comfortably fit in five passengers. 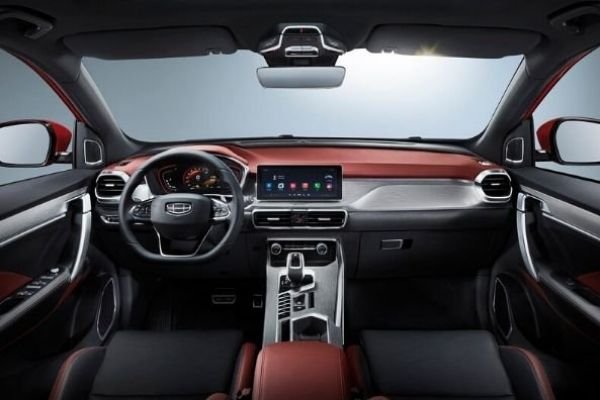 Despite what variant you're getting, the Coolray will come with those brilliant looking A/C vents

The Coolray Comfort, however, doesn’t come with a smart keyless entry system, but a push to start button is available for all the variants.

Only the Coolray Premium and Sport comes with a sunroof, and the only Coolray variant with an electronically adjustable driver seat is the top-of-the-line Coolray Sport. 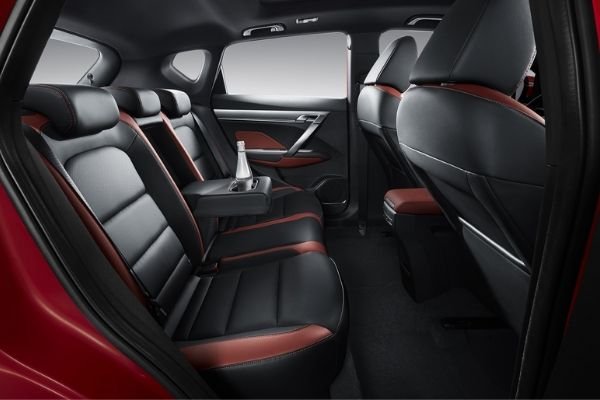 The Coolray Sport however does with come leather clad seats, which is always a plus

All the Geely Coolray variants are powered by a surprisingly strong, 1.5-liter turbocharged inline-3 gasoline engine. The said engine can make 177 horsepower at 5,500 rpm and 255 Nm of torque at 4,000 rpm. Power is sent to the front wheels through a seven-speed wet type dual-clutch automatic.

With this setup, all the variants of the Geely Coolray can do a 0-100 km/h time of 7.9 seconds, and it can return an average fuel consumption rate of 15.5 km/L. Do note that these figures are according to Geely and you might get different results depending on real-world conditions.

In terms of passive safety equipment, all the Geely variants are equipped with dual front airbags, side airbags, and curtain airbags.

The crown jewel of the Coolray’s safety equipment, however, is its active parking assist and it’s basically a nifty gadget that enables the Coolray to park itself. Do note that this feature is only available on the top-of-the-line Coolray Sport. The same goes for the blind-spot monitoring, which isn’t available on the Comfort and the Premium variants. 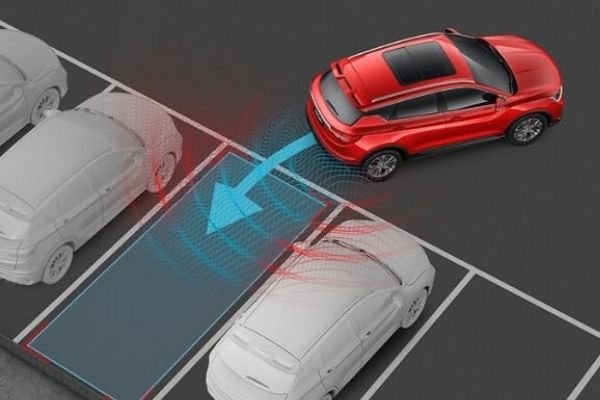 Only the Coolray Sport variant has the active parking assist function

Aside from that, only the Sport and the Premium come with a tire pressure monitoring system and smart keyless entry.

Geely Coolray variants: Which one is right for you?

We’re going to say it outright: for the features that the Geely Coolray is offering, it’s a steal. This is regardless of whether it’s the base Comfort trim or the top-of-the-line Sport.

The Sport though is actually the cherry on top in the Geely Coolray cake with its active parking assist, but you know what, not many people will need that and instead will be more than happy with the model’s surprisingly beefy inline-3 engine. >>> Related: Full list of Geely dealerships in your area

The question is, is Geely able to provide ample after-sales services? Well, if you ask us, then that just might be the case because Sojitz G Auto Philippines is expanding, and fast.