A fresh next-gen model goes up against a veteran in the segment.

Suzuki Philippines has brought in the third-generation Celerio. To that end, the small car specialist now has another entry to the ever-competitive subcompact hatchback market segment.

But how does the all-new 2022 Suzuki Celerio fare against the Toyota Wigo? To find out, let us compare the specs of the Celerio 1.0 AGS against the Wigo TRD S 1.0 AT. Both are top-spec variants, and they are relatively close to each other when it comes to price. With that, one can see that the Wigo is a bit longer than the Suzuki model. Then again, the Celerio is slightly wider and taller. The Toyota model, though, offers a longer wheelbase and more ground clearance.

For exterior equipment, the Celerio 1.0 AGS and the Wigo TRD S 1.0 AT both come with halogen headlamps, front fog lamps, and LED taillights. The top-spec Wigo does have a smaller 14-inch alloy wheel set, compared to the 15-inch alloy set used by the top-spec Celerio. In turn, the Wigo gets a pair of power-folding side mirrors, while the Celerio does not. The top-spec Wigo, being a TRD model, also gets a front spoiler, side skirts, as well as a rear spoiler. Those in turn are not present on the Celerio.

On paper, both the Celerio and the Wigo can seat up to five occupants including the driver. Both also come equipped with fabric-clad seats, manual air-conditioning, and plenty of cubby holes to store small items.

Both hatchback models also provide their drivers with manually-adjustable seats and an analog gauge cluster, as well as a multi-function steering wheel. On the Celerio though, starting the car is done via a turnkey ignition system. The Wigo TRD S on the other hand gets a push-to-start button. A peek inside the all-new Celerio's interior

To keep their occupants entertained, the Celerio 1.0 AGS comes standard with a 6.2-inch touchscreen head unit, while the Wigo TRD S gets a slightly larger seven-inch touchscreen. Both are linked to a four-piece speaker system.

The Wigo’s infotainment system gets Apple CarPlay and Android Auto, while the one on the Celerio settles for Weblink OS. Both do have Bluetooth and USB connectivity. Under the hood, the all-new Celerio uses a 1.0-liter inline-3 gasoline engine that’s capable of making up to 67 horsepower and 89 Nm of torque. It is then paired to a five-speed auto-gear-shift gearbox, which sends power to the front wheels. In turn, the Wigo is powered by a 1.0-liter inline-3 gasoline engine that can produce up to 66 horsepower and 89 Nm of torque. It is also a front-wheel-drive, and it uses a four-speed automatic gearbox.

Output-wise, there isn't much difference between these two. Then again, one can expect slightly different behaviors when gear shifting is concerned. However, one important distinction for the Celerio is the presence of an auto start-stop system that shuts off the engine during extended idling, helping to reduce fuel consumption and emissions. A peek inside the Wigo's front cabin

For suspensions, both models use a MacPherson strut front the front, and a torsion beam for the rear. Both also have front disc brakes, rear drum brakes, as well as hand-operated manual parking brakes.

Moving on to safety, both of these subcompact hatchbacks are kitted out with dual front airbags, anti-lock braking, an engine immobilizer, ISOFIX, rear parking sensors, as well as a parking camera.

The Wigo comes with a dashboard camera as a factory option. In turn, the Celerio gets hill-hold control and stability control, both of which aren’t present on the Toyota model.

Mechanically, both the Celerio and the Wigo are pretty much on-par with each other. Well, except for their gearboxes which are totally different types. Do you like how the new Celerio looks from the rear?

The one on the Wigo is a more conventional torque converter automatic, while the Celerio uses a more complex Auto Gear Shift (AGS) transmission. One isn’t necessarily better than the other, but they are different from each other in terms of driving feel. So do give each model a test drive to find out which one you’d like best.

Regarding tech, the Wigo offers a better touchscreen, although the Celerio has more safety gear. Specifically, the Suzuki is the only one in its segment that has stability control and hill-hold control. These features might account for the difference in price. Or do you prefer the look of the Wigo's rear end?

To sum it up, go for the Celerio if you want more safety equipment and thriftier power unit. If having more connectivity options and an included dashcam matters more to you, the Wigo might be a better choice. 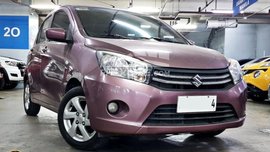 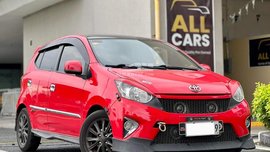