For more information about the Honda Cars Philippines price list 2022, we listed down the details below.

The price list of Honda Cars Philippines cars by body type with ₱650,000 for the cheapest model Honda Brio. The most expensive model meanwhile is at ₱2.2 Million for the Honda CR-V. Although not being the biggest name in the local motoring market, Honda Cars Philippines is still one of the most favorite car brands that sell no less than 20,000 units each year in our country. Here is the full list of Honda cars:

Honda Motor Company, Ltd. is a very popular brand and is known all over the world. It is a Japan-based car company whose name has been heard since the 1940s. However, their first production of all-purpose diesel engines and motorcycle frames started in the 1950s. Honda introduced its first automobiles in 1962.

In 1952, after numerous successes and events in the automobile industry, Honda began shipping and exporting motorcycles in other countries like Taiwan. It was October 1952 when the Honda motorcycle with a "Dream" nameplate was exported to the Philippines.

Seven years later, a Honda subsidiary was established in the United States of America in 1959. This enables the further growth of the sales and market of the Japanese carmaker. After that, more subsidiaries and plants have been built in the USA and outside Asia.

The company initially specialized in producing and selling power products, motorcycles, and automobiles. In 2015, Honda Motor Company Ltd. announced that it would start developing aircraft engines, and product orders started in March 2018.

The success of Honda can be denoted as somewhat faster compared to other automotive companies.

According to the data released by Honda, the company has a total capital of 86 billion yen from the end of March 2018. Its total gross sales for the same period is more than 15 billion yen. The total automobile sales from that number are 70.6%, which means a total of 5.29 million cars, to be exact.

Aside from its home base in Japan, Honda Motor Company is located in the Middle East, Africa, Asia, Europe, and America. The production and assembly plant of Honda is distributed in Japan, China, Indonesia, India, Philippines, Pakistan, Thailand, Brazil, Belgium, Mexico, Turkey, the United Kingdom, and the USA.

Local presence of Honda Cars in the Philippines

Honda vehicles are brought to the country by Honda Cars Philippines, Inc (HCPI). The company was established in 1990 in partnership with the Rizal Commercial Banking Corporation (RCBC) and Ayala Automotive Holdings Corporation. HCPI is also a member of the Chamber of Automotive Manufacturers of the Philippines Inc (CAMPI).

Honda dealerships are distributed throughout the country, and they are continuously growing. Currently, there are 13 dealers in the National Capital Region, 16 in Luzon, four in the Visayas, and three in Mindanao. You could find the full list of Honda Philippines dealerships on Philkotse.

The Honda Brio 2021-2022 is the Japanese automaker's entry to the local hatchback segment alongside the newly-introduced Honda City hatchback. It is considered to be the small hatchback option, while the new City hatchback is on the more premium option of the brand. In consideration of its price points ranging from PHP 601,000 to PHP 730,000, the small hatchback is regarded as the entry-level vehicle of the Japanese carmaker. It is available in three variants, including a Black Top option for the top-of-the-line RS variant. Under the hood, a 1.2-liter i-VTEC gasoline engine is standard across the range, delivering 89 hp ...

The Honda BR-V 2022 is the Japanese marque's entry to the MPV segment with aggressive SUV-like styling. It is available in the Philippines with seven seats, six colors, and three variants. Honda BR-V price Philippines starts at Php 1,038,000 for the base 1.5 S CVT and goes up to Php 1,158,000 for the top-spec 1.5 V CVT. Under the hood, this vehicle is powered by a 1.5-liter SOHC i-VTEC 4-cylinder gasoline engine that makes 118 hp and 145 Nm of torque. An Earth Dreams Technology Continuously Variable Transmission (CVT) is the sole transmission option. Dimensions-wise, the BR-V is 4,456 mm in ...

The City is Japanese subcompact car stalwart Honda's entry in the segment. Now on its fifth generation, Honda Cars Philippines, Inc. (HCPI) is offering the City 2021 in four variants: RS CVT, V CVT, S CVT, and S MT. Honda City Price Philippines from PHP 848,000 to PHP 1,058,000. All variants come with a 1.5-liter four-cylinder i-VTEC gasoline engine which generates 119 hp and 145 Nm of torque. In addition, all variants come with a continuously variable transmission (CVT) except for the entry-level S variant that uses a six-speed manual gearbox instead. As for the dimensions, this small sedan has a length of ...

The 2022 Honda Civic is a compact, five-door sedan. It is now in its eleventh-generation. For the Philippine market, the Civic has a price range of Php 1,290,000 to Php 1,690,000. It has three variants consisting of the S Turbo as the entry-level trim, the V Turbo as the mid-spec trim, and the RS Turbo as the top-spec trim. All of them are equipped with the Honda Sensing driver assist safety suite, and all use a 1.5-liter turbocharged VTEC inline-4 gasoline engine capable of making up to 175 horsepower and 240 Nm of torque. All trims use a continuously variable ...

The CR-V 2021-2022 is a compact crossover current sold by Japanese automaker Honda Philippines Inc. Now in its fifth generation, the model has been in existence since the 1990s. Currently, the Honda CR-V Philippines has two engine options with four variants. The first one is a 1.6-liter diesel, which can make up to 118 horsepower and 300 Nm of torque. All variants with this engine uses a nine-speed automatic transmission. The top-spec trim has an all-wheel-drive drivetrain, while the rest of the trims are front-wheel-drive. As for the second engine of the CR-V, it comes in the form of a 2.0-liter inline-4 gasoline mill ...

The Honda Jazz 2022 is a discontinued model in Honda Cars Philippines, Inc.'s (HCPI) lineup which used to compete in the hatchback segment. Honda Jazz 2022 Philippines price that ranges from Php 918,000 to Php 1,090,000 through the model's three variants. Powering the Jazz is a 1.5-liter Chain Drive SOHC i-VTEC 4-cylinder gasoline engine that is capable of delivering 118 hp and 145 Nm of torque. Only an Earth Dreams Technology Continuously Variable Transmission (CVT) is the available transmission option. Dimensions-wise, the Jazz is 4,035 mm long, 1,694 mm wide, and 1,524 mm high, with ground clearance and wheelbase rated at ...

How much is the cheapest Honda car currently marketed in the Philippines?

Honda Brio, particularly the S variant is the most affordable Honda vehicle in our market. As of writing this, the Honda Brio S 1.2 MT is priced at ₱650,000

How many Honda dealerships are there in the Philippines?

Does Honda have any assembly plants in our country?

Yes, Honda Philippines used to have a factory in Sta. Rosa City, Laguna where its head office is located. However, this plant was already closed in February 2020 due to its low production volume.

Though Honda does offer a pickup truck in its lineup of cars which is the Honda Ridgeline, this pickup has never been officially landed on our shores.

Yes, Honda Philippines is not only known for promoting eco-friendliness through its modern technology, the Japanese brand is also acknowledged for producing fuel-efficient cars in the industry. 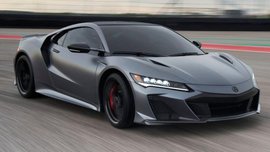 Next Honda NSX to be fully electric: Report

This could be the ideal platform for electrification technologies. 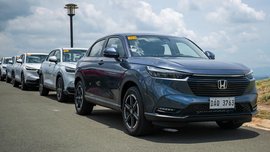 Honda Cars PH is asking for the public’s understanding. It is expected to open by January next year. 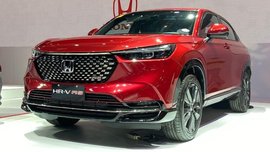 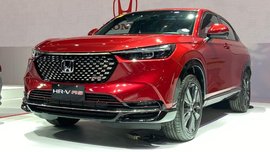 It gets 18-inch RS wheels, sequential blinkers, and red stitching, among others.