After World War II, the company started developing the Wankel Rotary Engine which led to the production of the RX-7 and the RX-8 models. The same rotary engine was mounted on Mazda’s race car prototype, 787B, which merited the brand significant awards such as the 1991 Le Mans 24 Hour Race.

Since then, Mazda rose to fame as a highly reliable automotive manufacturer. The company further invested in research and engineering to produce new breakthrough technologies. Through this pursuit, Mazda’s SkyActive Technology was born.

The Japanese brand’s SkyActive Technology aims to provide fuel efficiency without compromising engine performance and drive experience. Together with this is the creation of a more modern aesthetic called Kodo. The technology is seen to make a huge impact in the ASEAN region which is accessible through the latest Mazda nameplates.

Mazda Motor Corporation currently has distributorships in multiple regions around the globe which are North and South America, Europe, Asia, Oceania, the Caribbean, Middle East, and Africa. Its worldwide expansion eventually reached Philippine shores through the Malaysian Berjaya Group. The conglomerate is the same company that took over Mazda’s distributorship in Malaysia back in 2008.

The Malaysian multinational corporation ventured into the Philippine automotive industry and founded Bermaz Auto Philippines Inc. (BAP) in 2012. It was then appointed by Mazda Motor Corporation as the exclusive and official distributor of the brand’s vehicles in the country. BAP is under the leadership of President and CEO, Mr. Steven Tan.

Mazda Philippines' most popular models from its current lineup include the Mazda 3, Mazda CX-5, Mazda 2, Mazda CX-30, and Mazda 6.

At present, Mazda Philippines has over 20 dealerships in major cities around the country. The below list shows top Mazda showrooms on Philkotse.com:

>>> Find the full list of Mazda Philippines’ dealerships on Philkotse

Please find below the latest promos of some popular Mazda models. To browse more car deals from Mazda in your area, kindly visit our Mazda Philippines’ latest promos section.

The 2022 Mazda2 Hatchback is a 5-seater small hatchback that received a much-needed refreshed look that gave it a more assertive look. it is available in one variant only which is priced at Php 1,195,000. Powering this vehicle is a 1.5-liter SkyActiv-G (gasoline) engine capable of delivering 108 horsepower and 141 Nm of torque. A 6-speed SkyActiv-DRIVE automatic transmission is connected to the engine with a Sport Mode. Dimensions-wise, the Mazda2 Hatchback spans 4,065 mm in length, 1,695 mm in width, and 1,524 mm in height, with a wheelbase of 2,570 mm. Locally, this Japanese hatchback goes up against the ...

The 2022 Mazda3 is a compact sedan sold in the Philippines. Locally, the sedan version of this model has two variants: the Mazda3 Sport 2.0 AT, and the Mazda3 M Hybrid 2.0 AT. Mazda 3 price Philippines starts at ₱1,495,000 for the entry-level Mazda3 Sport 2.0 AT, while the top-of-the-line Mazda3 M Hybrid 2.0 AT is priced at ₱1,695,000. For engines, the Mazda3 has two engine options. The Sport trim uses a 2.0-liter inline-4 gasoline engine, while the M Hybrid uses a 2.0-liter inline-4 gasoline that works in conjunction with an integrated electric starter motor. At maximum, the non-hybrid engine can make ...

The 2022 Mazda6 Philippines is the Japanese marque's entry into the midsize sedan market. It is available in two variants, which are both priced at Php 2,250,000. Under the hood, the sedan has two engine options, namely the 2.5-liter SkyActiv-G (gasoline) turbo and 2.2-liter SkyActiv-D (diesel) engines. With the gas power unit, the vehicle makes 228 horsepower and 420 Nm of torque. Meanwhile, the diesel mill generates 187 horsepower and 450 Nm of torque. As standard, the engines can only be paired with a 6-speed SkyActiv-Drive (automatic) transmission. Dimensions-wise, the Mazda6 has a length of 4,870 mm, a width of ...

The 2022 Mazda CX-30 is a 5-seater subcompact crossover that is seated in between the CX-3 and CX-5 in the local lineup. It is available in the Philippines in three variants with a price that ranges from Php 1,790,000 to Php 1,990,000. Under the hood of the CX-30 Sport variants is a 2.0-liter SkyActiv-G (gasoline) engine capable of generating 152 horsepower and 200 Nm of torque. Meanwhile, the CX-30 M Hybrid uses the same engine but is paired with the brand's Mild Hybrid (M Hybrid) technology. Power is sent to either the front wheels or all wheels (AWD) via a ...

The Mazda CX-8 2022 Philippines is a 7-seater midsize crossover that slots in between the Mazda CX-5 and CX-9. It is available in two variants, with the price starting at Php 2,290,000 for the Signature and going up to Php 2,450,000 for the top-spec Exclusive. Under the hood, the vehicle is powered by a 2.5-liter naturally-aspirated SkyActiv-G gasoline engine capable of generating 187 horsepower and 252 Nm of torque. An 8-speed transmission is used to send power either to the front wheel in the Signature or all wheels (i-ACTIV AWD) in the Exclusive. In terms of dimensions, the CX-8 spans 4,900 ...

The Mazda CX-9 is a midsize seven-seater crossover. For the Philippine market, the CX-9 has a total of three variants. The Mazda CX-9 Philippines price ranging from Php 2,490,000 to Php 2,990,000.  Under the hood, the CX-9 uses a turbocharged 2.5-liter inline-4 gasoline engine. At maximum, it can make up to 228 horsepower and 420 Nm of torque. All trims come standard with a six-speed automatic gearbox with a gear lever manual mode. Only the top-spec Exclusive variant comes with all-wheel-drive, while the rest has front-wheel-drive.  Size-wise, the CX-9 is 5,075mm long, 1,960mm wide, and 1,747mm in height. It also ...

What is the cheapest Mazda car model in the Philippines?

The Mazda 2, in both sedan and hatchback body type, is currently the cheapest Mazda model in the Philippines. Both models get a price tag of P995,000.

How often should I have my Mazda serviced?

Service intervals for your Mazda vary depending on the model of your vehicle. Kindly contact your dealer to find out more.

Are prices of Mazda models the same across all dealerships?

All Mazda dealerships in the Philippines are independently owned and operated, meaning prices may vary from dealer to dealer. For specific vehicle pricing, please contact the nearest dealer in your area.

Mazda is reportedly discussing the termination of its production operations in Russia, although no timeframe has been given yet.
At the 2022 PIMS, Mazda Philippines took the covers off the limited-edition 2023 MX-5 MCP 25th Anniversary Edition variant.
Mazda Philippines concluded the second round of the Manila Sports Car Club Miata Spec Series which was held at the Clark International Speedway.
Mazda Philippines is celebrating its tenth anniversary in the local market by looking back at its achievement since its arrival in 2012.
Japanese automaker Mazda is celebrating the 31st-anniversary win of the number 55 Mazda 787B at the 24 Hours of Le Mans. 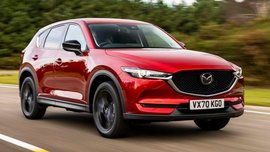 Mazda in talks to end vehicle production in Russia

The automaker is the latest among those affected by sanctions. 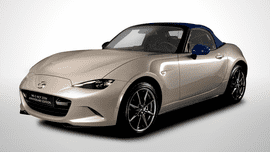 Pricing for this limited edition run model starts at P2.25M. 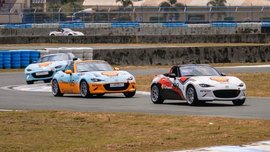 The company is now prepping for the third round scheduled on Oct. 29. 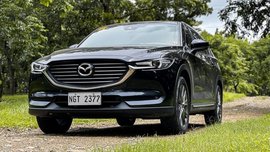 The automaker shows that it is one with the environment. 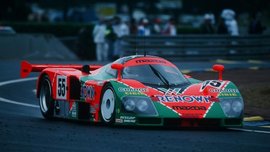 It was the first Japanese automaker to win the competition.