For the Philippine market, the most expensive BMW model is the X5 with a price range of Php 5.9 million to Php 13.5 million. The most affordable meanwhile, is the 1 Series, which starts at Php 2.6 million. See the table below for the BMW car price list for 2023.

BMW (Bavarian Motor Works) is one of the largest luxury car brands in the market today. The company was founded in 1916 by Camillo Castiglioni, Franz Josef Popp, and Karl Rapp initially as a manufacturer of aircraft engines throughout World War I. In the 1920s, the brand ventured into producing motorcycles and engines, leading up to 1928 when the German company went into manufacturing automobiles.

From its headquarters in Munich, BMW grew into a multinational company catering to the global premium automotive market. They began expanding their reach to the United Kingdom, United States, South Africa, and even to Asian countries such as China, India, the Philippines, and more. In 2015, BMW became the world’s 12th largest vehicle manufacturer with over 2 million automotive produced. The brand has also been a staple in motorsports, making its rounds in Formula 1.

BMW has become one of the most acclaimed luxury car brands in the world through its elevated quality, refined aesthetics, and remarkable drive performance. In 1993, Filipino automobile enthusiasts had their first taste of the German brand’s top-class lineup and has since been topping the charts in the premium vehicle segment.

Through this partnership with one of the country’s largest conglomerates, BMW has been able to further strengthen its hold in the premium vehicle segment. Currently, the company has six full-service dealer facilities nationwide, making them the largest in the luxury vehicle segment. BMW Philippines also has a growing number of motorcycle dealerships across the country with six BMW Motorrad facilities.

For the complate BMW price list for each model variant, plus their complete spec sheets, read on below.

Here is the list of BMW dealerships in the Philippines:

>>> Find the full list of BMW Philippines’ dealerships on Philkotse

The 2023 BMW 2 Series is a subcompact executive car that is available locally in a 2+2 body only. It is offered at a price of Php 3,690,000 only for the sole 220i M Sport variant. Powering the vehicle is an award-winning 2.0-liter BMW TwinPower inline-4 gasoline engine capable of generating 184 horsepower and 300 Nm of torque. An 8-speed Steptronic Sport automatic is the only option locally, sending power to the rear wheels.

Dimensions-wise, the 2 Series measures 4,537 mm in length, 1,838 mm in width, and 1,390 mm in height, with a wheelbase rated at 2,975 mm. In the local market, this German subcompact executive car goes up against the like of the Mercedes-Benz CLA-Class and Audi A3.

The BMW 3 Series Philippines 2023 is a 5-seater compact executive sedan that was introduced by the car brand in 1975. Now on its seventh generation, reports suggest that the model will receive a mid-cycle refresh in 2023. In the local market, this vehicle is available in two variants with a price that ranges from Php 3,190,000 to Php 5,490,000. Under the hood, the luxury car has two engine choices. One is the 2.0-liter inline-4 gasoline engine that makes 156 horsepower and 250 Nm of torque, while the other is a larger 3.0-liter inline-6 gasoline engine that churns out 374 horsepower and 500 Nm of torque. Both engine options are paired to an 8-speed Steptronic automatic transmission.

In terms of dimensions, the 3-Series is 4,709 mm long, 1,827 mm wide, and 1,435 mm long, including a wheelbase of 2,851 mm. Locally, this German compact executive sedan is competing against the likes of the Mercedes-Benz C-Class and Lexus IS.

The updated 2023 BMW 5 Series Philippines is a five-door executive sedan. As of the 2023 facelift, the sole variant of this model available locally is the 520i Luxury 2.0 AT. It is available at all BMW dealerships nationwide for Php 4,290,000.

Under the hood, this facelifted model uses a 2.0-liter turbocharged inline-4 gasoline engine capable of making 184 horsepower and 290 Nm of torque. It then uses an eight-speed Steptronic transmission, which sends power to its rear wheels.

Locally, the 2023 BMW 520i Luxury competes against the like of the Mercedes-Benz E-Class, Lexus IS, Jaguar XF, Audi A6, among others.

The BMW 6 Series 2023 model currently offered in the Philippines is the Gran Turismo. It dons a unique aesthetic that perfectly balances dynamics and style. The German brand employs a comfort concept in designing the executive sedan, to suit its market’s desires for an exceptionally relaxing drive. With this in mind, BMW equipped the 6-Series with generously proportioned and luxurious interior coupled with a plethora of infotainment and convenience features including a BMW Connected voice and gesture activated system. Locally available are five variants of the 6-Series which are the BMW 630i, BMW 640i / 640i xDrive, BMW 620d / 620d xDrive, BMW 630d / 630d xDrive, and the BMW 640d xDrive. All variants are powered by BMW TwinPower Turbo engines in either gasoline or diesel, depending on the model.

The 2023 BMW 7 Series is the brand's full-size luxury sedan. Globally, the German automaker has already unveiled the all-new seventh-gen 7 Series last April 2022. But in the Philippines, the sixth-gen model is available in one variant which is priced at Php 5,990,000. Powering this vehicle is a 2.0-liter inline-4 turbocharged gasoline engine with 265 horsepower and 400 Nm of torque. As standard, the engine uses an 8-speed automatic transmission.

The BMW iX Philippines is an electric-powered crossover. Its sole variant in the local market is the iX xDrive40, and it comes with an introductory price of Php 6,290,000.

Powering the iX xDrive40 is a permanent magnet AC synchronous motor. It provides a range of 372km, and it can produce up to 326 horsepower and 630 Nm of torque.

Locally, the BMW iX xDrive40 doesn’t have a midsized, all-electric competitor in the local market. In other markets though, it goes against the Audi e-tron, and the Tesla Model X.

The 2023 BMW X1 is a 5-seater subcompact luxury crossover that is regarded as the brand's best-selling X model. It is available in the Philippines in one variant which is priced at Php 3,190,000. Powering this vehicle is a 2.0-liter BMW TwinTurbo inline-4 diesel engine good for 150 horsepower and 350 Nm of torque. As standard, the engine is paired with 8-speed automatic transmission with Steptronic (manual mode).

The BMW X3 2023 is a premium crossover which the brand categorizes as a Sports Activity Vehicle (SAV) in their lineup. Its powerful proportions mean a larger wheelbase and a generously spaced cabin. Complementing the muscular form are refined interiors and a slew of on-board entertainment and safety features. Among which is the iDrive driving assistance system that provides easy access to the vehicle’s controls for infotainment and navigation. Locally available are two variants which are the BMW X3 xDrive20d xLine base variant and the BMW X3 xDrive20d M Sport top range. Powering both models is a 2.0-liter TwinPower Turbo diesel engine that is paired with BMW’s signature xDrive all-wheel drive system.

The BMW X4 was initially designed as an SUV Coupe oriented towards the younger market looking for their first luxury crossover, according to BMW brand. Currently on its second generation, the nameplate has since received a facelift and upgrades in terms of aesthetic finishes, engineering, and technology. However, it still boasts of its first-class driving dynamics that the X4 has been known for. Included in the current package is the new BMW ConnectedDrive system that can be accessed through a fully-digital instrument panel and infotainment system. Locally, only one variant is offered which is the BMW X4 XDrive20d M Sport. It is powered by a 2.0-liter TwinPower Turbo diesel engine coupled with the xDrive all-wheel drive system.

The BMW X5 2023 Philippines is a midsize luxury crossover that is marked as the German marque's first-ever SUV in its lineup. It is available in the Philippines in one variant which is priced at Php 5,890,000. Powering this vehicle is a 3.0-liter inline-6 twin-turbo diesel engine capable of generating 265 horsepower and 620 Nm of torque. Only an 8-speed automatic transmission is used to send power to all four wheels via the xDrive system.

Dimensions-wise, the X5 spans 4,922 in length, 1,689 mm in width, and 1,745 mm in height, with a wheelbase rated at 2,975 mm. In the local market, this German midsize luxury crossover competes against the likes of the Mercedes-Benz GLE-Class, Lexus RX, and Volvo XC90.

The 2023 BMW X7 is a 7-seater full-size luxury crossover that is the largest in the brand's X family. It is available in the Philippines in one variant with a price of Php 9,290,000. Under the hood is a 3.0-liter BMW inline-6 TwinPower Turbo gasoline engine with 265 horsepower and 620 Nm of torque. As standard, the engine is paired with an 8-speed automatic transmission with Steptronic Sport (manual mode).

In terms of dimensions, the X7 spans 5,151 mm in length, 2,000 mm in width, and 1,805 mm in height. In the local market, this German full-size luxury crossover goes up directly against the Mercedes-Benz GLS-Class.

The BMW Z4 2023 is a 2-door roadster that is available in the Philippines with a price that starts at Php 3,990,000 and goes up to Php 5,890,000. It is offered by BMW Philippines in two variants, namely the Z4 sDrive20i Sport and Z4 M40i. Powering the base sDrive20i Sport variant is a 2,0-liter inline-4 BMW TwinPower Turbo engine capable of generating 197 horsepower and 320 Nm of torque. Meanwhile, the flagship variant comes with a 3.0-liter inline-6 BMW TwinPower Turbo engine that delivers 340 horsepower and 500 Nm of torque. Both variants utilize an 8-speed automatic transmission with Steptronic Sport.

What is the cheapest BMW car?

Which BMW's are four-wheel drive?

BMW's all-wheel "xDrive" system is available across the lineup, on cars like the 3 Series and 5 Series, and SUVs, like the X3 and X5.

What is BMW 7 Series Sedan’s weight?

What is the Power Output of BMW 7 Series Sedan?

What does 'BMW' stand for?

BMW is an initialism for Bayerische Motoren Werke, or, Bavarian Motor Works; Bavaria being the German state in which the company's headquarters are located.

BMW has brought the refreshed iX3 electric SAV to our shores, hot on the heels of the BMW iX that was launched in 2022.
SMC Asia Car Distributors Corp., the official distributor of BMW Motorrad in the country, is offering cash discounts on its motorcycles.
BMW CEO Oliver Zipse said that the price of electrified mobility will be the next task for car manufacturers to tackle.
BMW unveiled a new head-up display for upcoming EV models at the 2023 CES (Consumer Electronics Show) in Las Vegas, USA.
BMW Philippines updated the 2 Series subcompact sports car with two new variants, namely the 218 Coupe M Sport and M240i xDrive Coupe. 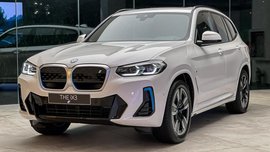 This is the second fully electric BMW in our market. 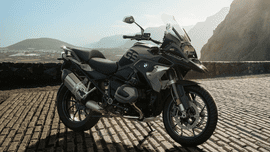 The company is also giving out freebies such as a Connected Ride Cradle. 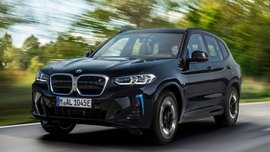 Automakers will have to figure out ways to bring costs down. 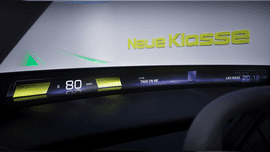 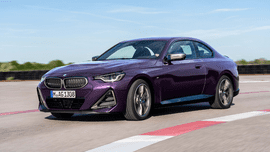 The BMW twin-turbo inline-6 is now offered in the PH-spec 2 Series.