If you're looking for a more convenient way to browse Audi automobiles, go online and visit Philkotse.com. The user-friendly site provides a wide selection of new and used Audi models. In addition, you can enjoy exciting promos and deals. Plus, know the latest news, price list, reviews, and information about your other favorite car brands.

Audi AG is a German luxury carmaker that belongs to the Volkswagen Group. Its name was based on the surname of August Horch, the company’s founder. “Horch” which translates “listen” in German, is “Audi” in Latin.

The said amalgamation happened in 1932. Their first release was the Audi Front, Europe’s first automobile to integrate a front-wheel drive with a six-cylinder motor engine. The car was produced for two years. It was then replaced by Audi Front UW 225 fitted with a more powerful 2.25-liter engine.

Since then, Audi has released exciting cars that captivated its fans and new followers. Some of their notable vehicles include:

PGA Cars, Inc. is currently the sole importer and distributor of Audi vehicles (and Porsche’s as well) in the Philippines. It is part of the Coyiuto Group of Companies, which is widely known for its real estate, insurance, securities, oil exploration, air transport, and publishing ventures.

If you want to experience and see some of the finest German vehicles available today, Audi Philippines offers three dealer locations in Metro Manila as shown below:

Though the smallest in the stable of Audi - the German premium carmaker, the Audi Q2 is more than fit to compete with those available in the market today. Outside, it flaunts an athletic physique splashed with contemporary and useful details everyone will adore. Inside, it is packed with features that assure your comfort, safety, and convenience. Whether you’re driving to work or cruising to faraway places for vacation, this luxurious crossover can efficiently perform. The Audi Q2 1.0 TFSI S Tronic, the Audi Q2 Sport 1.0 TFSI S Tronic, and the Audi Q2 Sport 1.4 TFSI are available in ...

The Audi Q3 is a luxurious and versatile SUV fit to conquer any road in style. Marketed as an “all-around SUV”, families and groups of friends will love its roomy cabin filled with sophisticated and contemporary features designed to provide comfort, convenience, and safety. Whether you’re driving in rural or urban areas, this powerful vehicle will stand out thanks to its sleek and athletic exterior. The Audi Automobile in the Philippines offers 3 variants: The Audi Q3 1.4 TFSI S Tronic and the Audi Q3 2.0 TDI Quattro. It comes in Pulse Orange and Chronos Gray.

Presented as the new face of the Q family is the Audi Q8, a midsize ultra-luxury SUV offering overall versatility and reliability of the Audi Brand. Its exterior flaunts an athletic body carefully designed with contemporary details that will assist the demand of modern driving. Inside, it is packed with the latest features to guarantee a safe, comfortable, and consistent ride anytime. Whether you this premium SUV daily going to work or a long ride in challenging terrains, the Audi Q8 can perform. Locally, the Audi Q8 3.0 TFSI is offered in 11 rich finishings: Samurai Gray Metallic, Orca Black ...

The Audi R8 is a premium two-seater, mid-engine sports car of the Audi Brand, fitted with the German company’s signature Quattro all-wheel-drive system. It features a well-detailed exterior engineered with precise details to assist its unmatched aerodynamic capabilities. Inside, it is built with the latest safety, convenience, and comfort features meant to make your every ride memorable. The Audi R8 V10 plus Coupe and the Audi R8 V10 Coupe are locally available for those looking for a handsome vehicle with a proven speed to boast. It comes in Daytona Grey, Macaw Blue, Camouflage Green, Ibis White, Suzuka Gray, Dynamite Red, Floret ...

How much does it cost to buy an Audi in the Philippines?

Prices of Audi cars in the Philippines are only available upon request. Kindly click the Get Quote button and fill out the form for further pricing details.

What are Audi cars known for?

This German auto brand is famous for its modern technology and elegant style as much as its high performance, luxurious interior design, and of course Quattro AWD system.

Is Audi a luxury car brand?

Yes, an Audi could be seen as a luxury car. The cost to own an Audi is higher than many other brands.

What is the relation between Audi and Volkswagen?

Audi is part of the Volkswagen Group and has its headquarters located in Ingolstadt, Bavaria, Germany.

Audi announced that it will be joining Formula 1 in 2026 as a power unit supplier which will focus on growing sustainability within the sport.
Audi has just launched the Q6 crossover for China, its biggest model yet that also looks like it was derived from another Chinese release.
Audi will field its A3 subcompact sedan as the new entry-level offering, prioritizing the development of more top-tier models.
Audi partnered with Professional Racing Driver Ken Block in welcoming the new Audi S1 Hoonitron which will join his Gymkhana series.
Audi has pulled the covers off the Skysphere electric-powered roadster concept. It’s brimming with tech, plus it can adjust its wheelbase length on the fly. 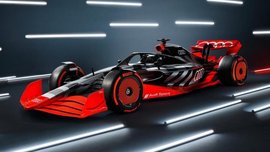 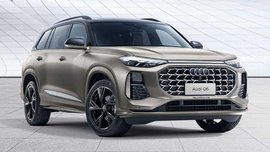 2023 Audi Q6 for China looks similar to another Chinese SUV

It could pass off as the Haval Jolion’s corporate sibling. 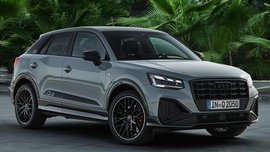 Audi Q2 crossover will be discontinued along with A1: Report

It’s part of the carmaker’s efforts to restyle itself as a premium brand. 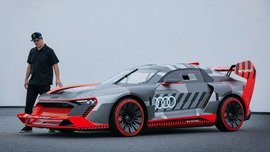 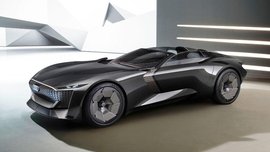 Audi imagines future mobility that none of us ever thought of

Saying that it’s feature-rich is an understatement.