Nissan Philippines has a total of eight models in the market, excluding one upcoming vehicle which is the Nissan Magnite. The price list of Nissan vehicles in 2022 ranges from Php 728,000 to Php 3,988,000 for the cheapest Nissan Almera and most expensive Nissan Patrol, respectively. Meanwhile, the Nissan GT-R's price in the Philippines is available upon request so visit Nissan dealerships for inquiries. Nissan's best-selling models in the Philippine market are as follows: Nissan Navara, Nissan Urvan, and Nissan Terra.

In the local market, the Nissan Navara, Nissan Terra, and Nissan Urvan have been the top sellers of the Japanese carmaker for years. Particularly, the Navara even made it to the list of top 10 best-selling cars in the Philippines in 2019. Let's check the full list of Nissan Philippines Price 2022 model in the table below

Nissan’s colorful lineup is as vivid as its history. It was established by Masujiro Hashimoto under the name Kaishinsha Motor Car Works in July 1911. Three years later, it released its first automobile named DAT, an acronym of the name of their investors: Kenjiro Den, Rokuro Aoyama, and Meitaro Takeuchi.

After a series of changing company names, merging with different companies to offer trucks and light cars and moving to different locations to manufacture its products, and placing productions on hold due to World War I, Nissan Motor Co., Ltd. was born in 1934.

Nissan serviced the Imperial Japanese Army by crafting airplanes, trucks, and engines. Its legendary car, the Datsun, was widely in demand in South and Central America, and Asia. In 1950, the car builder known for its talented engineers creating vast innovations began expanding globally. Datsun models such as the Bluebird, Fairlady, 510, and 240Z were introduced and greatly patronized.

In 1980, Nissan effortlessly took over Europe and partnered with Alfa Romeo, an Italian car manufacturing company. The products were the Nissan Cherry and Alfa Romeo Arna. The joint venture was then dissolved as Nissan opted to produce alone. As demand grew wider, the company built manufacturing facilities in  Brazil, India, China, and other parts of the world.

In 1969, Universal Motor Corporation distributed Nissan automobiles in the Philippines. Nissan Motor Corporation founded Pilipinas Nissan Inc. to manufacture and introduce exciting models such as the Stanza and Pulsar.

As of September 2019, the Japanese company known for its outstanding track record in the automobile industry reported a 21.8 percent growth locally. Nissan Philippines' impressive lineup, which includes the Nissan Navarra, Nissan X-Trail, Nissan Juke, Nissan Terra, Nissan Sylphy, Nissan Almera, etc., is a testament of their dedication and commitment to providing the best quality cars packed with impressive technology and safety features. Avail its automobiles at more than 40 dealerships nationwide.

Nissan currently owns a network of 45 dealerships across the Philippine with some are even located in Bacolod and Palawan. Please find below a list of top Nissan dealerships on Philkotse for your reference.

>>> Find the full list of Nissan Philippines’ dealerships on Philkotse

The Nissan Almera is the Japanese marque's entry to the local subcompact sedan segment. Nissan Almera 2022 Philippines starts at ₱728,000 for the entry-level EL 1.0 Turbo MT, while the top-of-the-line Nissan Almera VL 1.0 Turbo N-Sport CVT is priced at ₱1,098,000. Under the hood, the fourth-gen Almera uses a 1.0-liter inline-3 turbocharged gasoline engine that is capable of generating 98 hp. As for the torque values, the variants with the continuously variable transmission (CVT) offer 152 Nm of torque, while the manual transmission (MT) variants deliver more at 160 Nm of torque. In terms of dimensions, the Almera Philippines is ...

The Nissan GT-R 2022 is a high-performance, two-door sports car. It is the sixth model to carry the GT-R moniker, though technically being a spin-off of the Skyline GT-R models that preceded it. Nissan GT-R price Philippines starts at ₱8,900,000 for the entry-level Nissan GT-R Premium 3.8 AWD AT , while the top-of-the-line Nissan GT-R NISMO 3.8 AWD AT is priced at ₱13,200,000 In the Philippine market, the GT-R can be had in two flavors. There’s the GT-R NISMO, and the GT-R Premium. For the prices of these two GT-R variants, one should contact the nearest Nissan dealerships.  Under the hood, both GT-R ...

The Nissan LEAF 2022 Philippines is a 5-door hatchback fitted with an all-electric powertrain. It is offered in the Philippines with one variant only which is priced at Php 2,798,000. Powering this electric vehicle (EV) is a synchronous electric motor capable of generating 148 horsepower and 320 Nm of torque. A 40-kWh lithium-ion battery is used, which aids the model's 311 km range. Only a single-speed gear reduction system is utilized to exclusively send power to the front wheels. Dimensions-wise, the LEAF has a length of 4,490 mm, a width of 1,788 mm, and a height of 1,540, with ground clearance and wheelbase ...

The all-new 2023 Nissan Livina is a front-wheel-drive, seven-seater MPV. In the local market, it has a total of four different variants with a price ranging from Php 1,029,000 to Php 1,209,000. Under the hood of this Nissan MPV is a 1.5-liter inline-4 gasoline engine. It has the same engine that is currently used in the Mitsubishi Xpander, and it also has an output of 103 horsepower and 141 Nm of torque. Depending on the trim, it either gets a five-speed manual or a four-speed automatic gearbox.

The Nissan Navara 2022 is a pickup truck that is available in the Philippines. Nissan Navara 2022 Philippines price starting from Php 1,026,000 to Php 1,746,000. This price range is covered within the truck's six variants, with the PRO-4X as the most expensive Navara. Under the hood, the Japanese pickup is powered by a 2.5-liter YD25DDTi inline-4 DOHC turbodiesel engine. Depending on the variant, the horsepower ranges from 161 to 190, while the torque in newton meters varies from 403 to 450. Either a 6-speed manual or a 7-speed automatic transmission is paired to the engine. Dimensions-wise, the Navara spans 5,260 mm ...

The Nissan NV350 Urvan is a rear-wheel-drive van for the Philippines market. Nissan PH currently offers five variants for the said model, and the Nissan NV350 Urvan 2022 Philippines price range from Php 1,172,000 to Php 1,866,000.  Under the hood of the Urvan is a 2.5-liter turbodiesel engine making up to 127 horsepower and 356 Nm of torque. Power is then sent to its rear wheels through a five-speed manual gearbox or a five-speed automatic transmission depending on the variant.  Size-wise, the top-spec Urvan has a length of 5,230mm, a width of 1,880mm, and a height of 2,285mm. Meanwhile, the lower trims ...

On December 2021, Nissan Philippines updated its flagship fullsize SUV by bringing in the all-new Nissan Patrol for the 2022 model year. For the local market, the sole variant for this model is the Patrol 5.6 V8 4x4 AT, which starts at Php 4.548M.   Under the hood of the new 2022 Nissan Patrol is a 5.6-Liter gasoline V8 engine capable of making up to 402 horsepower and 560Nm of torque. It then uses a seven-speed automatic gearbox, which sends power to all four wheels via a 4x4 drivetrain.  When it comes to size, the 2022 Patrol has a length ...

The Nissan Terra is a midsize, seven-seater SUV. In the Philippines, this model has a total of four variants, the Terra EL, VE, VL 4x2, and VL 4x4. Currently, Nissan Terra 2022 Philippines price range from Php 1,649,000 to Php 2,339,000.  The Philippine-spec Terra exclusively uses a 2.5-liter inline-4 turbodiesel engine for all of its trims. At maximum, this engine can churn out 187 horsepower and 450 Nm of torque. Only the VL has a 4x4 version, while the rest are rear-wheel-drive. In turn, only the entry-level Terra EL can come with a six-speed manual gearbox. The rest of the Terran ...

What is the cheapest Nissan car in the Philippines?

Priced at ₱657,000, the Almera’s base variant 1.2 MT is the most affordable vehicle in Nissan Philippines' local lineup.

Which are the best-selling Nissan models in the local market?

According to 2019's data, Nissan Philippines’ 3 best-sellers are the Navara, Terra, and Urvan.

Yes. The Nissan LEAF is currently the top-selling electric vehicle of Nissan

What is Nissan best known for?

Nissan is best known for its high-quality air-conditioning. This is thanks to the fact that Nissan has a stake in an automotive part supplier named Calsonic. This company specializes in traditional automotive parts, including interiors, electronics, air conditioning units, and compressors.

Nissan, in partnership with Tohoku University’s Faculty of Pharmaceutical Sciences, developed a technology that can inactivate viruses and bacteria.
Nissan has revealed the exterior images of the Z GT4 track car while full specifications are yet to be announced.
Nissan Philippines is showcasing the latest addition to its model lineup, the seven-seater Livina MPV. Aside from that, it has also brought the LEAF’s V2L tech.
Nissan Philippines joins the local MPV segment with the introduction of the Livina that’s based on the Mitsubishi Xpander. Which one do you prefer?
Nissan is killing off its diesel lineup in the Australian market, which could mean that the days of smoky pickups and SUVs could be ending. 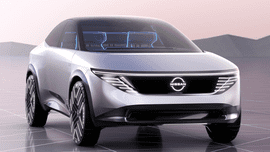 The automaker aims for safer travels. 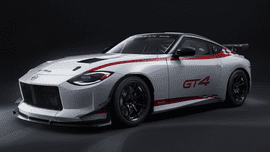 Ready to hit the track. 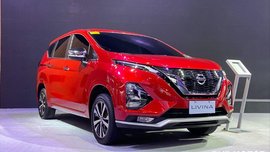 The Kicks e-Power is also on display at the 2022 PIMS. Choose: Nissan Livina or Mitsubishi Xpander? [Poll of the Week] 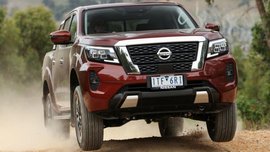 How would you like future Navara or Terra models running on e-Power?