Chery began as a state-owned automotive manufacturer based in Wuhu, Anhui Province, China. The brand was founded in 1997 which quickly became the 10th largest China-based auto manufacturer 15 years upon its establishment. In 2012, Chery produced roughly 590,000 units and became China’s most successful passenger car exporter based on quantity.

The first Chery automobile is the Fengyun which was launched in 1999. It sold almost 30,000 units which prompted the company to produce a new model called the Cowin. It is a subcompact sedan built for city driving which was introduced in 2003. Following the success of the first two models, Chery came out with the A5 compact sedan and the Tiggo crossover. The brand has been aggressive in its plight to global distribution as it is currently able to export to more than 30 countries across Latin America, Europe, and Southeast Asia.

It only took a short amount of time before Chery reached Philippine shores. Its arrival was ushered in by the United Asia Automotive Group, Inc. (UAAGI), the same corporation that brought in Foton to the Philippines. UAAGI secured official rights to market and distribute Chery to the Philippines in 2019. The company was awarded exclusive distributorship for the Tiggo lineup of crossover vehicles.

Locally, Chery automobiles have been roaming the streets of Manila beginning mid-2000s as they were imported from neighboring countries. Since the brand has been refreshed under the wing of UAAGI, Chery is expected to further expand its market reach in the Philippines.

Currently, the brand offers a lineup of Tiggo crossovers which are the Tiggo 2, Tiggo 5X, Tiggo 7, and the Tiggo 8. All of the models come with an extensive maintenance plan and warranty that are exclusive to the Chery brand. Vehicles are backed with a 5-year 150,000 km warranty, a 10-year 1,000,000 km engine warranty, and a 3-year free maintenance plan which provides utmost convenience to its owners.

To learn more about Chery Philippines, browse through Philkotse.com, and get extensive reviews and specifications. Here you can conveniently find the best vehicles that will suit your budget, needs, and design preferences.

2. Most inquired Chery cars in the Philippines

The list below shows top Chery dealerships on Philkotse.com. To find a contact number, address, and further information on other showrooms in your area, please visit our page for Chery Philippines’ dealerships.

Under the hood, the Philippine-spec Tiggo 2 uses a 1.5-liter gasoline engine that’s good for 103 horsepower and 135 Nm of torque. Both variants are front-wheel-drive. It can either come with a five-speed manual gearbox or a four-speed automatic gearbox.

Locally, the Tiggo 2 competes against the likes of the Ford EcoSport, Kia Stonic, Hyundai Venue, Volkswagen T-Cross, Geely Coolray, MG ZS, among others.

Like the Tiggo 2, the Tiggo 2 Pro uses a 1.5-liter inline-4 gasoline engine. At the maximum, it can produce up to 108 horsepower and 140 Nm of torque. Of note, this new model uses a continuously variable transmission (CVT) instead of the four-speed automatic that the older Tiggo 2 uses.

The Chery Tiggo 2 Pro competes against the likes of the Geely Coolray, Volkswagen T-Cross, MG ZS, Kia Stonic, Hyundai Venue, and many other subcompact crossover models.

The Chery Tiggo 5x 2022 is a 5-seater subcompact crossover that is positioned right above the Chery Tiggo 2 Pro in the Philippines lineup. It is available in three variants with a price ranging from Php 818,000 to Php 995,000. Under the hood, the vehicle is powered by a 1.5-liter gasoline engine good for 114 horsepower and 141 Nm of torque. Higher-end variants use a continuously variable transmission (CVT), while the entry-level model comes with a 5-speed manual transmission.

In terms of dimensions, the Tiggo 5x is 4,358 mm long, 1,830 mm wide, and 1,670 mm high, with a wheelbase rated at 2,630 mm. Locally, this Chinese subcompact crossover competes against the likes of the Kia Seltos, Geely Coolray, and Ford EcoSport.

The Cherry Tiggo 7 Pro is the Chinese marque's entry to the compact crossover segment in the country. Chery Tiggo 7 Pro Price in the Philippines starts at ₱1,250,000. There's also a two-tone trim which has a price tag of ₱1,280,000. Powering this vehicle is a 1.5-liter turbocharged gasoline engine capable of generating 145 horsepower and 210 Nm of torque. As standard, the engine is connected to a continuously variable transmission (CVT).

Dimensions-wise, the Tiggo 7 Pro spans 4,500 mm in length, 1,824 mm in width, and 1,746 mm in height. Moreover, it gets a wheelbase and ground clearance rated at 2,670 mm and 163 mm, respectively. In the local market, the Chinese compact crossover competes against the likes of the Ford Territory, Toyota Corolla Cross, and Geely Azkarra.

The Chery Tiggo 8 Philippines 2023 is a 7-seater midsize crossover introduced by the Chinese marque as part of its crossover-only lineup return. It is available in the Philippines in two variants, with a price ranging between Php 1,280,000 and Php 1,340,000. Under the hood, the model is powered by a 1.5-liter turbocharged gasoline engine capable of generating 145 horsepower and 210 Nm of torque. A 6-speed dual-clutch transmission (DCT) comes standard across the range.

Under the hood, the Tiggo 8 Pro gets two engine options. For the top-spec PHEV trim, it uses a 1.5-liter inline-4 turbo gasoline engine that’s paired with an electric motor, as well as a battery. In total, this hybrid powertrain can produce up to 155 horsepower and 230 Nm of torque. This variant then uses a hybrid gearbox.

The non-hybrid version meanwhile, gets a 1.6-liter inline-4 turbo gasoline engine that’s good for 195 horsepower and 290 Nm of torque. This version then gets a seven-speed dual-clutch gearbox.

Is Chery a Chinese car brand?

What kind of vehicles does Chery make?

Is Chery a good car?

In the latest 2019 J.D. Power Initial Quality Study (IQS), Chery ended up with a 92 PP100 score—well above the average of 97 PP100. The study tracks new-vehicle quality by examining problems experienced by new-vehicle owners within the first two to six months of ownership.

Chery Auto Philippines held several model launches, media drives, and mall displays among others last year to further push brand awareness.
Chery sets up a light show via the Torch Doha during the 2022 FIFA World Cup Qatar with its logo.
In celebration of its third year anniversary in the Philippines, Chery Auto held the Tiggo Club Drive to Calamba Laguna.
Chery has revealed plans to develop at least two pickup models with electrified powertrains, in a bid to capture a piece of the lucrative pickup segment.
Chery Philippines highlights the advanced driver assist systems present on the 2023 Chery Tiggo 8 Pro 1.6 Turbo. 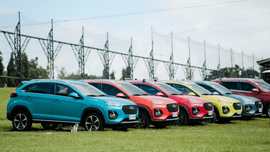 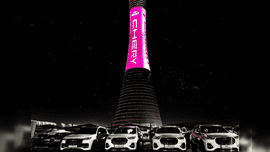 It plans to light up landmarks in other countries soon. 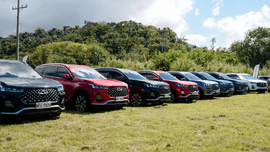 It was attended by various Chery Car Club members. 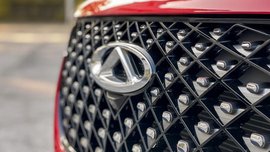 It plans to penetrate the Australian market where ladder-frame pickups rule. 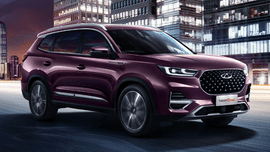 This crossover SUV has a total of 12 advanced driver assistance systems.