Please note that these are prices listed in some showrooms and should serve as reference only. For more accurate pricing information, please refer to the Geely Coolray for sale section.

I. Geely Coolray price in the Philippines 2020

Initially, back in 2011, the Chinese car brand Geely had a lackluster performance when they tried to introduce their LC subcompact cars here in the Philippines.

So eventually, the said company left the country. Fast forward to 2019, Geely is back and this time, it looks like they’re ready to make a successful comeback with the Geely Coolray compact crossover. Check out the Coolray's unique grille

Known as the Binyue in its home country, the Coolray is a relatively new model designed by Jamie Barrett and it’s a strikingly sporty looking vehicle all around.

Notable from the front is Geely’s “Expanding Cosmos” grille which unlike most Chinese car brands is actually very unique design. From the sides, also eye-catching is the blacked-out pillars and the blacked-out roof which provides a lot of sportiness for the crossover. While the front is indeed cool, the rear is less busy looking

Inside, the Geely Coolray 2020 is a sight to behold. The cabin is very modern looking and most of the surfaces are clad in soft materials. Those that are bare plastic, however, have smooth surfaces and are fitted in nicely. As for the rear seats, space is generous even for larger passengers. The Geely Coolray can fit in a total of five passengers. A side view of the Geely Coolray

Dominating the dash is a 10.25-inch floating touchscreen, the driver’s seat is electronically adjustable, and there’s an electric sunroof.

Under the hood, the Coolray is powered by a 1.5-liter three-cylinder gasoline engine which can deliver 177 horsepower and 255 Nm of torque to the front wheels through a seven-speed dual-clutch. 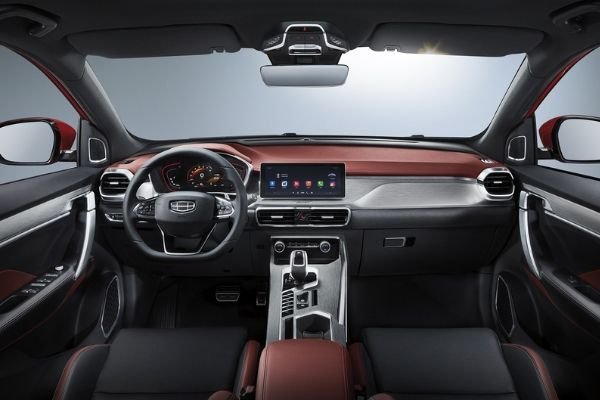 Check out the Coolray's hyper-modern dash

Geely apparently didn’t scrimp on safety features for the Coolray as it comes with an automated parking features, six airbags, four-disc brakes, and a 360-degree exterior view camera. 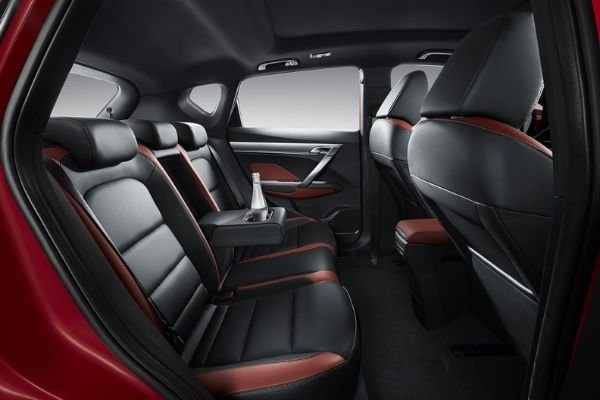 The rear's got space for days!

The Geely Coolray. And yes, it is very cool.

For just under a Php 1,000,000 you get a whole slew of pretty advanced active driving features, a very premium interior, a whole lot of performance, and a very quiet interior. So overall, it’s a whole lot of car for its price.

While a great many folks won’t mind downloading an app from google play to link their android phone to the Geely’s touchscreen, some other people (old folks) might find this a hassle.

Another con is the front seat’s legroom which is a bit tight.

>>> Visit our Geely for sale section to open your car hunt

While it isn’t as old as it’s other Chinese car brand compatriots, Geely Auto is notable for being the first privately-owned car manufacturer in that country. Currently, it sells a number of passenger vehicles from other brands in China, like Lotus, Proton, and Volvo. For now, the sold model Geely Philippines is selling is the Coolray

Here in the Philippines, Geely cars are now sold by Sojitz G Auto Philippines Corporation. Currently, their sole model is the all-new Geely Coolray. It isn’t a stretch of the imagination however that the company will introduce more models to the Philippines.

If you want to learn more about Geely models, check out our Geely review section