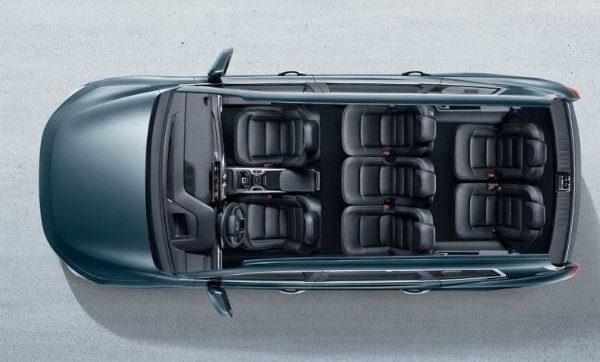 The Geely Okavango’s price Philippines ranges from Php 1,503,000 for the base Comfort variant to Php 1,765,000 for the range-topping Urban Plus. Rivals in its segment include the Toyota Fortuner, Mitsubishi Montero Sport, Nissan Terra, Isuzu D-Max, and Ford Ranger.

The Geely Okavango is known as the Haoyue in the Chinese market. The Haoyue VX11 was officially launched in China last June 2020.

Sojitz G Auto Philippines (SGAP), the official distributor of Geely vehicles in the country, has officially launched the Okavango in November 2020. It is the brand’s challenger in the seven-seater SUV segment. The said vehicle expands Geely Philippines’ model lineup to three that includes the Coolray and the Azkarra.

The exterior of the Okavango Philippines has a bold and composed stance. The front end comes with sharp-looking headlights, an aggressive bumper design, and a large grille. Turning at the side, the vehicle is integrated with sharp character lines along with prominent fender flares that further adds a muscular look to the Okavango. The rear, on the other hand, is equipped with distinctive taillights that look sleek and stylish. It also has a tailgate-mounted spoiler, shark-fin antenna, and a bulky bumper.

Geely PH says that the Okavango features a vast interior space that has a total of 19-seat configurations, 42 storage nooks, and compartments including a double-layer console. Occupants can sit comfortably in all three rows.

It has a three-zone air conditioning that will give passengers independent AC controls in the driver, front passenger, and rear passenger seats, 360-degree panoramic camera with a best-in-class guidance system and dynamic auxiliary lines. It also has 3 driving modes – Eco, Normal, and Sport.

The Geely Okavango comes with a MacPherson Independent suspension at the front and a Multi-link suspension setup at the rear. This seven-seater SUV is equipped with ventilated disc brakes up front and a solid disc at the back.

The Geely Okavango 2022 is powered by a 1.5L Turbo engine that was jointly developed by Geely and Volvo which is perfectly matched to a 7-speed wet-type dual-clutch transmission.  It also has a Dual Variable-Valve Timing (DVVT) for a perfect balance of power optimization and fuel efficiency.  And thanks to the 48V-EMS, the Okavango boasts of a maximum power of 190 hp and a maximum torque of 300 Nm.

The price of the Geely Okavango in the Philippines starts at ₱1,503,000 for the entry-level Comfort 1.5 DCT, while the top-of-the-line Geely Okavango Urban Plus 1.5 DCT is priced at ₱1,765,000. For more details, please refer to our 2022 Geely Okavango price list as follows:

*** Please note that the Geely Okavango‘s prices might differ in some showrooms and should serve as reference only.

Styling on the Geely Okavango 2022 is more subdued relative to its competitors, even more so when compared to its Coolray and Azakarra stablemates. While looks are subjective, the sheer interior space brought on by the vehicle’s size leaves very little room for interpretation. Three-row seating ensures more than adequate room for up to seven occupants, with a flexible configuration for carrying cargo. The top-spec Urban Plus features a large panoramic sunroof. A 10.25-inch touchscreen head unit is offered, but without native support for Apple CarPlay and Android Auto.

Standard across all variants is a 1.5-liter 3-cylinder turbocharged gasoline engine with 48-volt mild-hybrid system, rated at a combined output of 190 horsepower and 300 Nm of torque. Power is delivered to the front wheels through a 7-speed dual clutch transmission, with no option for a four-wheel drivetrain. Airbags, anti-lock brakes, parking sensors, and a tire pressure monitoring are offered across the board, with the midrange Urban and flagship Urban Plus getting a 360-degree camera system similar to that used by the Fortuner and Terra. However, unlike most of its rivals, the Okavango does not have adaptive cruise control. 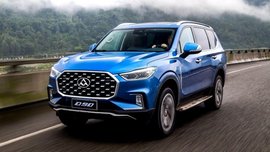 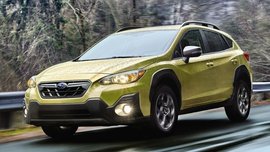 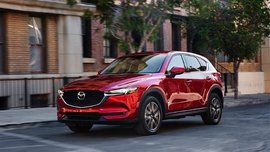 2021 Geely Okavango Urban Plus Full Review: Is it worth the added price?

Must read before buying Geely Okavango 2022 Geely Okavango fuel consumption: How efficient is this seven-seater? Geely says the Okavango is not an SUV

Hear it from the Okavango's design head himself. 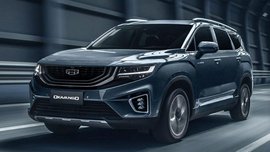 Geely Okavango can be yours when you use Easytrip RFID

Up to Php 4 million in prizes are up for grabs.