Here is the complete price list for Kia Philippines for June 2022. Of note, Kia currently has eleven different models. It has three sedans namely the Soluto, Forte, and Stinger. It also has two hatchbacks, the Rio and the Picanto. For crossovers, it currently has the Sorento, Sportage, Stonic, and Seltos. It also has the Carnival as its entry into the minivan segment, as well as the K2500 as its light commercial vehicle model.

Refer to the table below for Kia Philippine's 2022 model lineup broken down by body type. Also indicated are the current price ranges for each model's variant lineup. The most affordable Kia model in the Philippine market is currently the Kia Picanto, which starts at Php 700,000. The most expensive model meanwhile is the Stinger, whose sole variant is priced at Php 3,235,000.

Kia Motors started in December 1944 as a manufacturer of bicycle parts and steel tubings. It was known then as Kyungsung Precision. In 1952, the South Korean company was renamed Kia Industries. It made licensed cars and trucks for Mazda. It also catered to Honda, assembling small motorcycles.

In 1973, they started manufacturing Brisa, a compact car adored for its versatility. Production stopped due to some changes in the Korean government. The company then focused on making light trucks.

With the help of Ford-Mazda, the company resumed the manufacturing of cars in the 1980s. One of their first releases was the Kia Pride. It was distributed in South Korea and imported in several countries.

Due to the success of its models in the U.S., Kia Motors America was founded in 1992. The Sephia and “Sportage was such a hit, the company extended to more regions.  In 1995, over 100 dealerships were active in 30 states.

During the financial crisis affecting a majority of Asian businesses, Kia filed for bankruptcy. Seeing the business’s great potential, Hyundai Motor Company came to the rescue and got a 51% share of the company.

Fast forward today, Kia is one of the most established companies being the second largest car manufacturer after Hyundai in South Korea. It also ventured into making military vehicles for the country.

In 1994, the Columbian Autocar Corporation together with Kia Motors introduced its widely recognized line up in the Philippines.

In 2019, however, Kia Philippines was put under new management under the AC Industrials, the automotive arm of the Ayala Group of Companies. Kia Philippines now has almost 40 dealerships nationwide. It showcases notable releases such as the Kia Picanto, Kia Rio, Kia Soluto, Kia Sportage, Kia Grand Carnival, K2500, Kia Seltos, Kia Picanto, and other models carefully designed for your needs.

With a network of nearly 40 dealerships nationwide, Kia Philippines offers its customers high-quality services and products. Find out the full list of Kia Dealerships in the Philippines here. The Brand also offers various Kia Promos on Philkotse.com, check it out to get the best deal.

The 2022 Kia Carnival is a seven-seater minivan. It is now in its fourth-generation, and it has two different variants for the Philippine market.  These include the Carnival SX AT, and the Carnival EX AT. Its prices range from Php 2,540,000 to Php 2,988,000.  Under the hood of the all-new Carnival is a 2.2-liter turbodiesel mill that can generate up to 200 horsepower and 440 Nm of torque. Both variants are front-wheel-drive, and both use an eight-speed automatic gearbox.  Size-wise, the new Carnival is 5,115mm long, 1,985mm wide, and 1,740mm in height. It also has a wheelbase length of 3,060mm.  ...

The 2022 Kia Forte Philippines is a four-door compact sedan that comes in a front-engine, front-wheel-drive layout. In South Korea, it is known as the K3, and the current version sold in the Philippines is the third-generation model that was initially released in 2018.  Under the hood, the Philippine-spec Forte uses a naturally-aspirated 1.6-liter inline-4 gasoline engine, as well as a turbocharged version of the same engine. For the non-turbo version, it can make up to 126 horsepower and 155 Nm of torque. It then uses a six-speed automatic gearbox.  The turbocharged variant meanwhile, can produce up to 201 horsepower ...

The Picanto is a city car model sold by Kia Philippines. There are is one for this model, the Picanto EX MT. Prices for this Kia Picanto 2022 trim currently stands at Php 700,000. In the Philippines, the Kia Picanto uses a 1.2-liter engine that can produce up to 83 horsepower and 122 Nm of torque. It is then paired with a five-speed manual gearbox.

The Rio Hatchback is a five-door automobile with a subtle European flair from Korean automotive stalwart Kia. Its sporty and seamless exterior is designed not only to turn heads but to offer better glide when on the road. Its interior features innovations that everyone will enjoy. There are two variants of the Kia Rio hatchback available here in the Philippines: the Kia Rio Hatchback 1.4 LX AT and the Kia Rio Hatchback 1.4 EX AT. It comes in Silky Silver, Smoke Blue, Aurora Black, Clean White, Deep Sienna Brown, Platinum Graphite, Signal Red, and Urban Green.

The Kia Soluto 2022 is a 5-seater subcompact sedan that has been selling well in the local market, accounting for 21 percent of Kia Philippines' 2021 sales. It is available in four variants, Kia Soluto 2022 Philippines price that ranges between Php 740,000 and Php 830,000. Powering this vehicle as standard is a 1.4-liter inline-4 gasoline dual CVVT that is capable of generating 94 horsepower and 132 Nm of torque. Either a 5-speed manual or a 4-speed automatic can be connected to the engine. Moving to the dimensions, the Soluto gets a length of 4,300 mm, a width of 1,700 ...

The Kia Sorento 2022 is the midsize crossover entry of the Korean automaker. Currently, Kia Philippines is offering the fourth-generation version of the nameplate which was introduced in 2020.  It is available in two variants with a price that ranges from Php 2,448,000 for the base EX to Php 2,648,000 for the flagship SX. Under the hood, this vehicle comes standard with a 2.2-liter Smartstream inline-4 diesel engine that is capable of making 199 horsepower and 441 Nm of torque. Only an 8-speed dual-clutch transmission (DCT) is used to send power to the front wheels. Dimensions-wise, the Sorento has a length ...

The Kia Sportage 2022 Philippines is a 5-seater compact crossover that is competing in the local market in its fourth-generation version. It is still unclear as to when will the fifth-gen arrive on our shores. In the local market, it is available in three variants with a price that ranges from Php 1,290,000 to Php 1,820,000. Under the hood, there are two engine options. First is the 2.0-liter gasoline engine that makes 153 horsepower and 192 Nm of torque, while the second option is a 2.0-liter turbodiesel engine good for 182 horsepower and 400 Nm of torque. Diesel variants use ...

The Kia Stinger 2022 is a midsize, five-door liftback that uses a front-engine, rear-wheel-drive layout. Its sole variant in the Philippine market is the Stinger GT 3.3 V6 AT and it starts at Php 3,235,000.  Size-wise, the Stinger is 4,830mm long, 1,870mm wide, and 1,400mm in height. It also has a ground clearance of 130mm.  Under the hood of the Kia Stinger is a 3.3-liter V6 gasoline engine that can make up to 365 horsepower and 510 Nm of torque. It is then paired with an eight-speed automatic gearbox sending power to its rear wheels.  Locally, the Kia Stinger competes against ...

The Kia Stonic is a five-seater, subcompact crossover. In the Philippines market, it has four available variants: the Stonic LX 1.4 MT, the LX 1.4 AT, Style Edition 1.4 AT, and the EX 1.4 AT. Currently, Kia Stonic 2022 Philippines price ranging from Php 835,000 to Php 990,000.  Under the hood of all the Stonic trims is a 1.4-liter inline-4 gasoline engine that can make up to 97 horsepower and 132 Nm of torque. It then uses a six-speed automatic torque converter. Only the entry-level LX trim may come with a five-speed manual transmission. The one with the manual has a ...

How much does a Kia car cost in the Philippines?

Which Kia SUV is the best?

All-time loved and recognized Kia SUVs are the Sportage and Sorento. These models have received global recognition for their design, quality, and safety.

Yes, Kia does offer a range of hybrid, plug-in hybrid, and fully electric vehicles, however, none of those are available for the Philippine market at the moment.

In preparation for the Kia EV6, Kia Philippines shared some facts about electric vehicles (EVs) that debunk the myths surrounding them.
Kia Philippines announced the winners of the 2022 Kia National Skills Cup (KNSC), an event that showcases the skills of its service personnel.
Spy shots of a Kia pickup test mule driving on Korean roads are spreading online, but the vehicle could be hiding much more than meets the eye.
Unofficial renders of the 2024 Kia Sorento have been posted by Nikita Chiuko, showing exterior changes from the front to the back.
Kia announced that it will compete at the Rebelle Rally with the 2023 Sportage X-Pro, which is customized by LGE-CTS Motorsports. 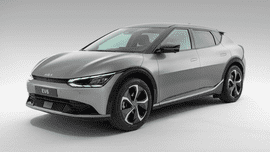 Kia PH wants you to know about these truths about EVs

The company is ready for the arrival of the Kia EV6. This is an effort to enhance its aftersales capabilities. 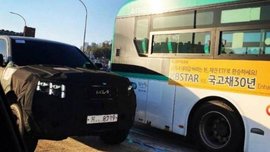 At first glance, it looks like the truck version of Kia’s Mohave SUV. 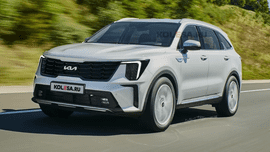 A more modern-looking take on the current fourth-gen version. 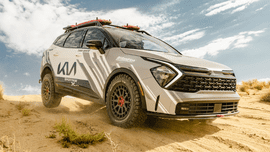 Kia is looking to bounce back after a second-place finish last year.