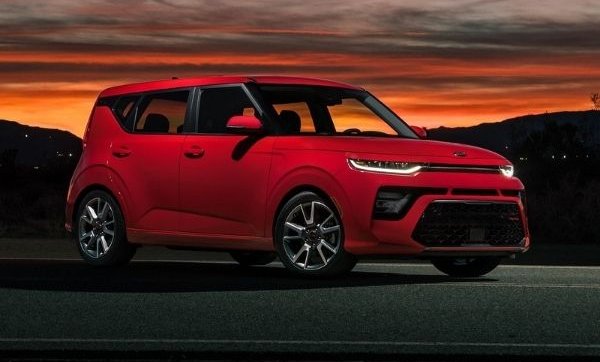 The Kia Soul was first introduced at the Paris Motor Show in October 2008. Columbian Autocar Corp., the former exclusive distributor of Kia vehicles in the Philippines, unveiled the crossover on August 28, 2009. In 2018, Kia’s majority ownership went through a transition from Columbian Autocar Corporation to the Ayala Group’s automotive arm who launched the third-generation Kia Soul. The latest model of the Soul was first seen at the 2018 LA Auto Show.

The latest model of Kia Soul takes the same quirky styling and trademark boxy shape of its predecessors. However, it has been revamped to take on a more aggressive look starting with its front fascia that boasts of a large H-shaped grill. Chrome accents connect the two-tier LED headlamp design with the sleek LED daytime running lights giving a consistent full-width look. The blackened lower grille gives the crossover an SUV-like design while housing the fog lights and turn signals. Extra body sculpting and a floating roof add to the sporty vibe of the latest Soul. On the rear are modified boomerang-shaped taillights to create a more modern aesthetic. Completing the look are 18-inch alloy wheels.

Inside, the Kia Soul displays a familiar cabin following the same configuration of its previous generations. Among the similarities are the driver-oriented dashboard and the center console. It still has the same upscale European aesthetic that other Kia nameplates carry. The spacious interior can comfortably accommodate five passengers with its generous legroom and headroom, thanks to a longer wheelbase. It also has more cargo space with an additional 142 liters. Seats are wrapped in premium fabric with accent stitches. While the exterior takes a boxier look, the cabin features curvy, rounder shapes with a smoother flow. In front is an oval-shaped instrument cluster that is ergonomic and convenient.

The higher range variants of the Kia Soul are equipped with a 10.25-inch touchscreen infotainment system, an 8-inch heads-up display, and a 10-speaker Harman Kardon sound system. It comes with wireless connectivity, a navigation ready system, and the latest entertainment software for added convenience. A new sound and mood lighting system is also furnished with the crossover which can be adjusted depending on the desired ambiance.

The 4-door subcompact crossover is furnished with MacPherson Strut front suspension and torsion beam at the rear. Stopping power comes from ventilated discs in front and drum brakes at the rear.

Powering the Kia Soul is a 1.6-liter 4-cylinder Turbocharged CRDi diesel engine that produces 128 hp and 300 Nm torque. It is mated to either a 6-speed manual or a 5-speed automatic transmission that delivers power to the front wheels.

Is the Kia Soul an SUV?

The Kia Soul is a subcompact crossover to be exact.

How big is the Kia Soul's cargo space?

The Kia Soul offers a large cargo space of 142 liters.

How many variants does the Kia Soul come with? 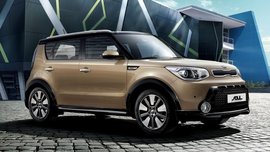 The Soul’s cute and funky look can be deceiving. There is a big possibility about an all-wheel-drive variant for the Kia Soul 2020.