The first-generation Kia Optima was a rebadged version of another Korean automobile, the Hyundai Sonata. Kia released the sedan in the year 2000 with a revamped exterior and 2.5-liter engine matched with a manual or automatic transmission.

In 2002, the sedan got updated and was released in South Korea. In 2005, the second-generation Kia Optima was released and marketed as the Kia Magentis worldwide excluding the United States, Malaysia, and South Korea.

In 2008, an upgraded Kia Optima was previewed at the New York International Auto Show. The sedan received a stylish exterior, a lengthened body, a more powerful engine, and a premium-looking interior. Two years later, the third-generation Kia Optima was launched globally including the Philippines. Currently, the Kia Optima is not offered in the Philippines.

The Kia Optima is built with a Microsoft UVO infotainment system with a multimedia interface, a navigation system, AUX, USB input ports, and Bluetooth connectivity. It is paired with eight speakers with a subwoofer.

The Kia Optima series is a front-engine, front-wheel-drive sedan. Engine options include a 2.4-liter GDi or a 2.0-liter Turbo GDI. All engines are paired with a six-speed automatic transmission capable of emitting 192 to 274 horsepower. What is the body type of Kia Optima?

Kia Optima is a sedan car

What are the dimensions of Kia Optima?

Is Kia Optima automatic or manual?

What are common issues with Kia Optima?

Kia Optima is reported to have a software error in the system, the risk of the engine stalling. This means the system couldn’t detect certain problems.

Does Kia Optima have a reverse camera?

No, the Kia Optima doesn’t have a reverse camera.

The all-new Optima arrives with a new look and a host of new technologies.
The Kia Optima 2019 model features lane-keeping assist which gives alerts when detecting the driver’s sleepiness or inattention. Click to find more details.
The facelifted Kia Optima 2018 is launched in its home market. Click to get more details in terms of exterior, interior and engine updates. 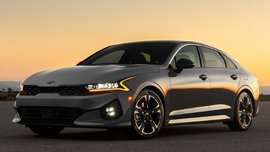 The sedate-looking sedan gets a radical makeover. 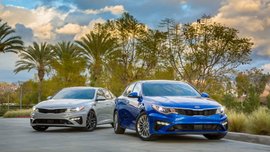 The Kia Optima 2019 is said to go on sale later this year. 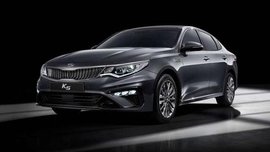 The facelifted Kia Optima 2018 is launched in its home market.