Geely Philippines currently offers three models in the local market this 2022. The Geely Coolray is the cheapest model with a starting price of Php 978,000 for the entry-level Comfort 1.5 DCT, while the most expensive Geely in the Philippines is the Geely Azkarra with a maximum price of Php 1,598,000 for the flagship Luxury 1.5 DCT. There are two crossovers in the Philippine lineup consisting of the Geely Coolray and Geely Azkarra, as well as one MPV which is the Geely Okavango.

In addition to the monthly updated Geely car price list, Philkotse.com always ensures that it is the address that provides all the best promotions from all dealers in the Philippines along with prepaid and paid programs, and the lowest monthly contribution that car buyers cannot ignore.

Geely Auto was established in June 1997, entering the automotive industry with the vision of manufacturing vehicles that are attainable for common people. Founded by Li Shufu, the company initially saw success in motorcycle and van production until it was finally granted government approval to manufacture automobiles in 1998. The company’s first assembly line was set up in Linhai, Zhejiang where the first generation vehicle, Haoqing, was created.

Geely is China’s first privately-owned auto manufacturer that is not associated with the country’s state government, which allows it to cater to the global market more freely and rapidly.

In 2003, Geely Auto started exporting vehicles and actively participated in international auto shows. The brand first debuted at the 61st Frankfurt Auto Show in September 2005. Soon after, the brand established a joint venture partnership with Manganese Bronze Holdings to produce the iconic London taxis which were released in Shanghai. In 2010, the company was able to make ties with the European brand, Volvo, which lead to one success after another.

Along with its pursuit of global expansion, Geely ventured into the Philippines in 2011 as its first Asian destination. Geely automobiles steadily crafted its way into the highly competitive Philippine auto industry. Unfortunately, the company had to close the shop halfway through the decade.

Re-entering into the country, Geely Philippines is currently under exclusive distributor, Sojitz G Auto Philippines (SGAP). It is the newest subsidiary of the Sojitz Corporation, which has been a staple in the country’s automotive industry since the 1960s. The corporation also owns local and foreign distributorships for Fuso Trucks.

Geely Philippines is based in Quezon City where its first dealership in the country stands. Currently, the brand offers the Geely Coolray as its pioneer automotive product in the Philippines.

Learn more about the Geely Coolray at Philkotse.com and find the most comprehensive reviews on this newly launched compact crossover. Browse through the website to check the latest promotions and offers on your preferred automotive brands and vehicle models.

The Geely Azkarra 2022 is a five-seater mild-hybrid crossover. For the Philippine market, this model’s sole variant is the Azkarra Luxury, which comes with a Azkarra price tag of Php 1,628,000.

Under the hood of this Geely-made crossover is a 1.5-liter inline-3 gasoline engine paired with a 48-volt motor. At maximum, it can produce up to 190 horsepower and 300 Nm of torque. Power is then sent to all of its wheels via a seven-speed dual-clutch automatic gearbox.

Locally, it competes against the Toyota RAV4, Ford Territory, Subaru Forester, Chery Tiggo 8, among others.

The Geely Emgrand is a five-seater subcompact sedan. For those unaware, this model is now in its fourth-generation, and its first-gen model was initially launched way back in 2010.

Locally, the Emgrand has two variants. The entry-level Emgrand Comfort which is priced at Php 798,000, and the top-spec Emgrand Premium priced at Php 908,000.

Under the hood, the Philippine-spec Emgrand uses a 1.5-liter engine capable of making up to 102 horsepower and 142 Nm of torque. The said engine is then paired with a continuously variable transmission. Power is sent to its front wheels.

Where is Geely car made?

Does Geely own Lotus?

Lotus Cars is an iconic British producer of sports and racing cars. The first Lotus car was born in 1948 and in June 2017, Lotus Cars became majority-owned by Zhejiang Geely Holding Group.

What is the Length of Geely Coolray?

Geely Philippines posted a new 1-minute teaser video of the new Geely Coolray SE on its official Facebook page which shows a sportier finish.
Zhejiang Geely Holding Group announced that it launched nine of its self-designed satellites into space which will provide high-precision navigation.
Geely Philippines announced that it has officially opened a new dealership in Bacolod City which is owned and managed by MNV Auto Group Inc.
Geely Philippines announced that it successfully held a groundbreaking ceremony for its new dealership in Bataan with Wheeltek Group of Companies.
Geely is looking to enter the electric (EV) pickup truck segment with the Radar which will be a first for the Chinese automaker. 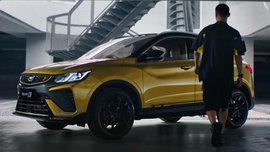 You can now place a reservation. 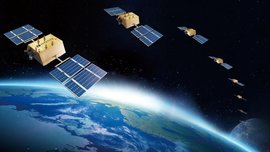 Geely now has satellites for its future cars

The Chinese automaker is figuratively and literally out of this world. 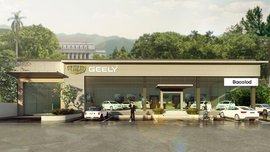 It is the fourth Geely outlet in the Visayas region. 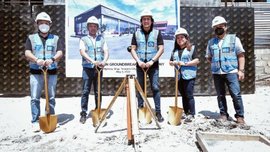 Geely PH breaks ground for Bataan dealership, its 29th in the country

The brand is expanding its dealer network fast. 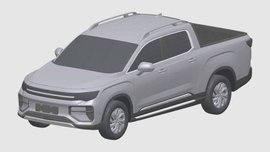 The Chinese marque is expanding its range.