Under the hood, the Tiggo 8 Pro gets two engine options. For the top-spec PHEV trim, it uses a 1.5-liter inline-4 turbo gasoline engine that’s paired with an electric motor, as well as a battery. In total, this hybrid powertrain can produce up to 155 horsepower and 230 Nm of torque. This variant then uses a hybrid gearbox.

The non-hybrid version meanwhile, gets a 1.6-liter inline-4 turbo gasoline engine that’s good for 195 horsepower and 290 Nm of torque. This version then gets a seven-speed dual-clutch gearbox.

The all-new 2022 Tiggo 8 Pro was launched in the Philippine market at the 2022 Manila International Auto Show. Locally, it has two variants. There's the entry-level Tiggo 8 Pro 1.6 AT, and the Tiggo 8 Pro 1.5 PHEV AT. The all-new Tiggo 8 Pro can seat up to seven occupants. Step inside, and you’ll be greeted with a black and brown themed cabin, plenty of soft touch surfaces, and leather seats. Keeping the occupants of the Tiggo 8 Pro entertained is a 12.3-inch touchscreen with Apple CarPlay and Android Auto. The said headunit is then linked to a six-piece speaker system.

On top of those, this model also comes with what you’d expect from a modern vehicle. It has anti-lock braking with electronic brake-force distribution, tire pressure monitoring, stability control, parking sensors, among others.

The Tiggo 8 Pro has two engine options for the local market. For the Tiggo 8 Pro PHEV, it utilizes a 1.5-liter turbocharged engine combined with an electric motor and a 19.27-kWh lithium-ion battery. Combined, this hybrid powertrain can produce up to 155 horsepower and 230 Nm of torque. It then uses a hybrid transmission.

The non-hybrid variant in turn, comes with a 1.6-liter turbocharged four-banger that’s good for 195 horsepower and 290 Nm of torque. It then uses a seven-speed dual clutch gearbox.

*** Please note that the Chery Tiggo 8 Pro‘s prices might differ in some showrooms and should serve as reference only.

-Hybrid power for the PHEV variant

-Piano-black trim on the center console will require constant cleaning

The Tiggo 8 Pro, especially the 1.6-liter turbo variant, is one of the most powerful models in its class and price range. Coupled with its relatively affordable price-tag, many who have particular tastes with regards to performance might see this as an appealing model. Plus, both of its trims offer a comfortable, and well-equipped cabin. It is also on-par against its competitors when it comes to providing safety seeing that it has a slew of driver assist features. 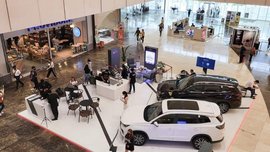 It will be up until July 7. 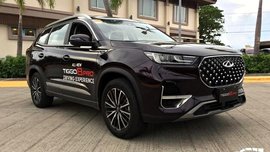 A good start for the brand’s new flagship model. 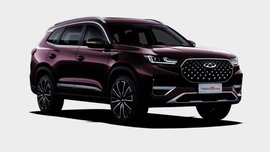