Body type
SUV / Crossover
Transmission
AT , MT
Seats
5
Engine
1.5 L
Max Power
103 hp
Max Torque
135 Nm
The Chery Tiggo 2 is a crossover brought into the Philippines by the United Asia Auto Group Inc. (UAAGI). It is the entry-level model among the brand’s vehicle line-up. For its price, Chery Auto Philippines did not skimp on its exterior and interior features. It comes with a modern and composed exterior design, as well as a well-thought interior layout that has a youthful vibe. The Chery Tiggo 2 primarily caters to those looking for the ideal city driving vehicle that competes against other subcompact crossovers in the market. It boasts of its extraordinary trafficability with its high ground clearance and naturally aspirated engine, all for an attainable price range. The Chery Tiggo 2 is offered in two variants with manual or automatic transmission options.

Chery Auto Philippines was relaunched in November 2019 with four nameplates in the lineup which includes the Tiggo 2 subcompact crossover. The model is currently available in two transmission options- the AT and the MT variants. Being the most affordable crossover among Chery’s lineup, the Tiggo 2 was launched at P695,000 and P770,000 for the manual transmission and automatic transmission variants, respectively. The crossover is offered in six colors: orange, gray, blue, sand, red, and white.

The Chery Tiggo 2 sports a compact, muscular, and modern design. Its body molding and aerodynamic kit on the front, side, and tail parts of the vehicle give the crossover an athletic look while providing functionality. The high ground clearance of 186mm also proves to be of great value for tougher roads.

In front is a hexagonal grille decked with halogen headlamps and daytime running lamps. It is also equipped with halogen taillights connected by a chrome bar that further accentuates the crossover’s muscular built. The crossover rides on 16-inch alloy wheels.

Matching the athletic exterior of the Tiggo 2, Chery equipped both variants of the crossover with leather-upholstered seats and a self-luminous 3D dashboard. The spacious, all-black interior cabin can accommodate five people comfortably with enough legroom. Both driver’s and passengers’ seats come with 6-way adjustability for added convenience. At the rear, it features 420 liters of trunk space with fold-down seats. The top-spec AT variant comes with a touchscreen infotainment system incorporated on the center console with blue highlights.

Entertainment features differ for each variant of the Chery Tiggo 2. The base MT variant comes with a standard radio while the AT variant is decked with an 8-inch touchscreen infotainment system that also serves as the viewer for the reverse camera. Both entertainment systems come with USB and Bluetooth connectivity.

As standard for both AT and MT variants, safety features include cruise control, rear parking sensors, remote key, remote unlock, and power side mirrors.

The 5-seater, 5-door Chery Tiggo 2 sports a unibody chassis that provides a sedan-like drive. Its suspension setup is common among subcompact sedans and hatchbacks in the market, as McPherson strut suspension remains in front with a torsion beam at the rear. Front brakes are ventilated discs complemented with rear solid disc brakes. Overall, its light handling and compact size make it easy to get around tighter streets.

Both variants of the Chery Tiggo 2 are powered by 1.5L VVT China Best 10 gasoline engines. The naturally aspirated, Euro 5 emissions compliant engine produces a power output of 106 hp and 135 Nm of torque. Its power is sent exclusively to the front wheels.

Two options are available for the transmission, a 5-speed manual or a 4-speed automatic, which are enough to get around the city smoothly.

*** Please note that the Chery Tiggo 2‘s prices might differ in some showrooms and should serve as reference only. 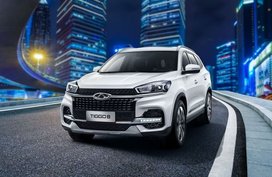 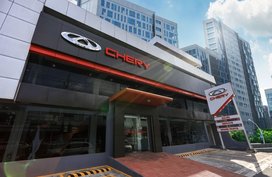 Chery PH already has 17 dealerships since its relaunch in 2019 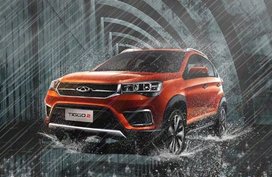 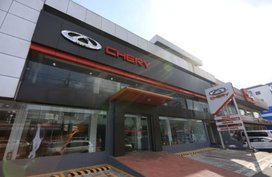 According to the Philkotse auto loan calculator, the Chery Tiggo 2 installment price for a ₱ 0.00 deposit, which is 20% of the SRP, will have an estimated monthly payment of ₱ 0.00 for 12 months.
Amount financed
₱ 0.000
Monthly payment
₱ 0.000
Apply for a loan 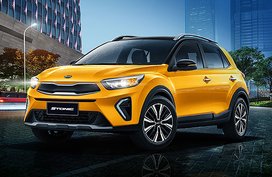 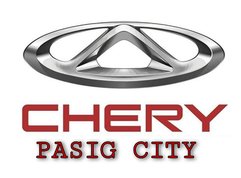