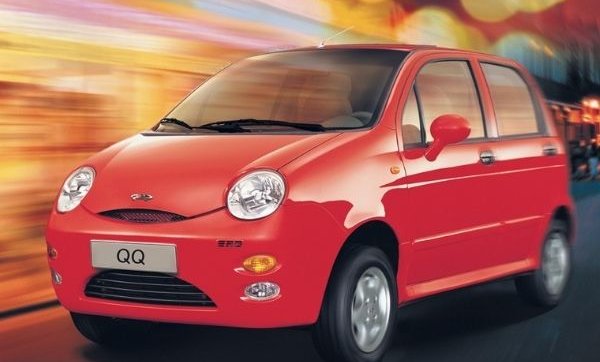 The Chery QQ was one of the Chinese automaker’s most popular nameplates that made headlines during its launch for being the cheapest production car in the world at the time of its introduction. Through its highly competitive price point, the nameplate quickly broke records as the vehicle with the highest cumulative sales in China. This led Chery to become one of the top ten largest automotive companies in China during its peak. Locally, the QQ was offered with a 1.2-liter gasoline engine in a compact and stylish vehicle primarily marketed towards commuters who wanted to purchase their own car. In 2009, the Chery QQ was renamed to Chery QQ3 in the Philippine market to pave the way for the introduction of the QQ6.

The Chery QQ was released worldwide in 2003 and arrived in the Philippines in the same year. In 2009, the hatchback was renamed to QQ3 to make way for the launch of the QQ6 in the country.

The Chery QQ had the trademark round shape of a typical hatchback albeit being smaller than most of its competitors. It had the signature smiley face design in front, accentuated by the small criss-cross grille, large air intakes, and distinct diamond-like headlamps with high and low beam. Adding to the sportiness of its exterior were the U-shaped streamline hood, roof rack, and rear spoiler. Aerodynamic lines on each side accentuated its body for both functionality and style. It came with 14-inch alloy wheels to complete the look.

Inside the Chery QQ is a more stylish cabin with rounder shapes and more modernized elements including an illuminating digital instrument cluster. Although the dashboard was decked mostly in hard plastics, the neutral color palette made it look sleek. Controls were placed logically and easy to navigate. The Chinese brand also equipped the QQ with a versatile trunk which could be expanded by folding the rear seats. Bolstered seats wrapped in fabric provided ample comfort for passengers.

The Chery QQ was furnished with a basic entertainment package through a multifunctional digital port. It was capable of connectivity through MP3, flash, and SD card. A portable hard drive was also equipped for the convenience of drivers.

In terms of safety, the Chinese brand equipped the QQ with a One-Button Defense, an LED Anti-Theft Indicator, and a Remote One-Button Automatic Lifting Window feature. Its improved anti-collision bars absorb the impact to prevent major injuries on the passengers in case of a side collision. It also came with an Anti-Lock Braking System with Electronic Brake-Force Distribution (ABS+EBD) and airbags for added safety.

The 5-door hatchback was constructed with close type steel structure. Suspension comes in the form of MacPherson Strut in front and Trail-Arm at the rear, while stopping power comes from a front disc braking system.

The Chery QQ is powered by a 1.2-liter gasoline engine that produced 69 hp and 93 Nm of torque. It was paired with a 5-speed manual transmission that sent power exclusively to the front wheels. 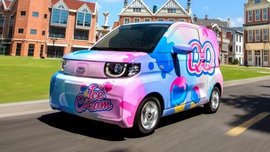 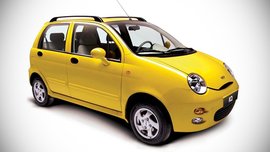 Own a Chery QQ? Then check this out.