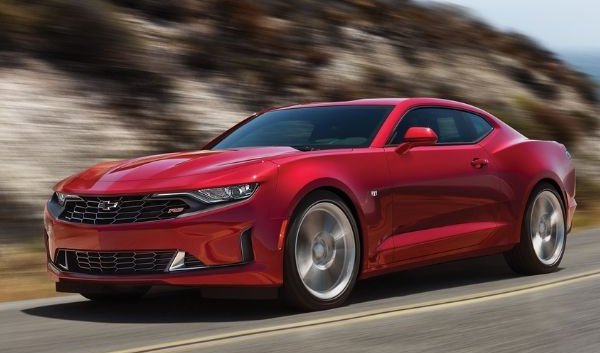 View all specifications
The Camaro is one of Chevrolet’s longest-standing models which was first introduced in 1967. It boasts of its heritage and evolution from its earlier generations to the finely engineered muscle car that it is today. The 2019 version of the sports car rose to fame from its cameo on the popular film, Transformers, as the crowd favorite, Bumblebee.  Now on its sixth generation, the all-new Chevrolet Camaro is well-equipped with 2.0L Ecotec engine attached to an 8-speed automatic transmission. It received a facelift and now comes with a new grille design with the addition of an RS badge. The Camaro is also fitted with a refreshed rear and an entirely new interior. However, despite all the changes applied, the Chevrolet Camaro kept its retro aesthetic through its muscular stance that makes it one of the preferred sports cars in the Philippine automotive market. The Camaro is currently offered in one engine option with three variants- the Chevrolet Camaro 2.0 Turbo 3LT RS, the Metallic version, and the Tint Coat Metallic version.

Chevrolet launched the Camaro in the Philippines during the Manila International Auto Show held in April 2019. Only one variant of the model was introduced, unlike its previous generation. The sole engine option available in the market is the 2.0L turbocharged gasoline engine. It comes in three variants in which the exterior finish is the only difference.

The interiors are as refined as its exterior. The Camaro’s cockpit is optimized for performance driving from its custom leather-trimmed dashboard, its leather-wrapped steering wheel, black leather-clad interior panel, down to its leather-upholstered seats. The sport bucket seats are also equipped with 8-way power adjustment settings and are ventilated with cooling and heating memory.

The Chevrolet Camaro offers premium technologies that further improve the driving experience. Starting off with the dashboard, it is decked with an 8-inch touchscreen linked to the brand’s MyLink Infotainment System. It is also linked to a built-in reversing camera with Android Auto and Apple CarPlay connectivity. Sounds come out of a 9-speaker premium Bose sound system that boosts the car’s overall ambiance.

On the dashboard is a Driver Information Center which allows the driver to track their speed, RPM, fuel level, and more. This enables the driver to get a more in-depth analysis of the vehicle’s essential information. Additionally, a Head-Up Display can be found projected on the windshield at the driver’s eye level. It displays the Camaro’s real-time performance which can be seen at a glance, without losing focus on the road.

The Camaro sits on an Alpha Platform developed by General Motors. It is paired with a 2.0L turbocharged inline-four engine with power sent exclusively to the rear wheels. The Camaro’s stopping power comes from 4-piston caliper Brembo brakes in front and performance disc brakes at the rear. Front and rear suspension are equipped with independent, sport suspension package.

What type of car is the Chevrolet Camaro?

The Camaro is a 4-seat coupe.

What are the differences between the 3 variants of the Chevrolet Camaro?

Although the Philippine-spec Camaro comes in three variants, the sole difference between them is the exterior finish.

What are the alternatives to the Chevrolet Camaro in the Philippines?

Some alternatives to the Camaro for your consideration include the Ford Mustang, Nissan 370Z, Dodge Challenger and Nissan GT-R.

*** Please note that the Chevrolet Camaro‘s prices might differ in some showrooms and should serve as reference only. 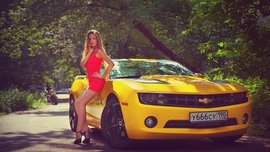 Goodbye, Again? Chevrolet Camaro to be Discontinued by 2023

Reports have surfaced that General Motors will be discontinuing the Chevrolet Camaro Model by 2023. Stay tuned to Philkotse.com for more updates. 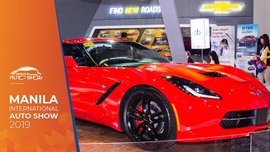 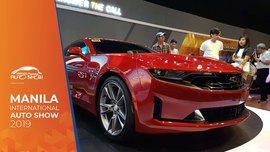 At the 2019 MIAS, Chevy unveils the Chevrolet Camaro 2019 Turbo which has found a replacement for displacement.