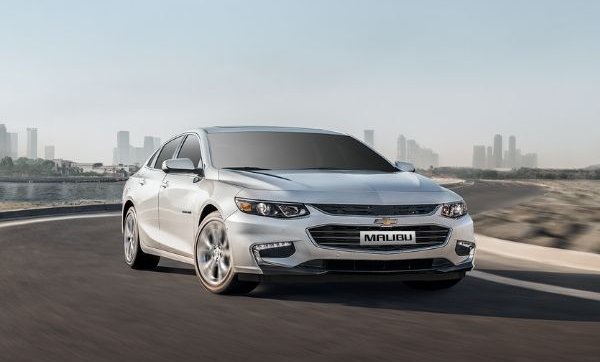 The Chevrolet Malibu is a midsize sedan manufactured from 1964 to 1983 and revived in 1997 to present. The nameplate began as a variant of the Chevrolet Chevelle model. It became its own model in 1978. Since its origins, the Malibu has gone through multiple aesthetic and mechanical changes to adapt to the modern market’s preferences and the highly competitive sedan category. The current generation of the Malibu introduced in the Philippines is a quality alternative to other Japanese vehicles of the same category. What makes it stand out is the technology Chevrolet has equipped its mid-sized sedan with. Like most models in the American brand’s current line-up, the Malibu features the MyLink infotainment system, Bose speakers, and an 8-inch touchscreen display. Advanced safety features are abundant in the 2018 Malibu as it is equipped with active parking assist, adaptive cruise control, and a hill-start assist. Its adaptive suspension enables the sedan to handle rough roads and city traffic. These features come as standard in the Chevrolet Malibu which comes in one variant, the 2.0 AT LTZ.

Globally, Chevrolet first introduced the ninth generation of the Malibu in 2016. It was then officially brought into the Philippine automotive market as a single variant model, catering to the more discerning individuals who are looking to find a more elegant and premium mid-sized vehicle. The 2.0-liter turbocharged engine sedan serves as Chevrolet’s entry into the segment with a price tag of more than Php 2 million.

The Chevrolet Malibu features a newly developed aerodynamic design that is both aesthetically striking and functional. Up front is the chrome-ringed grille, HID projector headlamps, and LED daytime running lamps which lead to the contours on each side of the vehicle. The rear is fitted with LED taillights and rides on a set of  18-inch alloy wheels. The Malibu also features a panoramic sunroof with electric tilt and slide controls.

Inside, the Malibu creates an inviting atmosphere with the premium finishing that wraps the entire interior. Seats are clad in perforated loft brown leather with a 60/40 split-folding and adjustable headrest. The driver’s seat is equipped with 10-way power adjust system while the passenger’s seat gets an 8-way power adjust. Both seats are ventilated with cooling, heating, memory, power lumbar. A unique addition to the sedan is an inductive mobile charger which is a first in its segment. It is a built-in charger in which a smartphone can easily be placed into the charging pocket.

The Chevrolet Malibu offers a range of tech and safety features that are not usually included in other vehicles of this segment. Some of these include rain-sensing wipers, dual-zone automatic climate control with ionizer, adaptive cruise control, front and rear parking sensors, and a semi-automatic handsfree park assist. The Malibu also features a built-in GPS Navigation System which is not a typical deliverable in other mid-sized sedans.

On the console is an 8-inch touchscreen that is integrated into the intuitive Chevrolet MyLink infotainment system, making it easy to connect to calls, music, and more. The infotainment system can also be controlled through voice commands to keep concentration on the road. Audio comes out of a 9-speaker Bose sound system.

The Chevrolet Malibu sports a front-engine, front-wheel-drive layout based on the Epsilon II (E2XX) platform. The midsize, four-door sedan is equipped with McPherson strut front suspension and rear 4-link independent suspension, both with stabilizer bars. Stopping power comes from vented disc brakes in front and solid disc brakes for the rear. Its electric power steering makes it easy to maneuver through tight roads and more comfortably in highways.

Under the hood is a 2.0-liter DOHC VVT turbocharged engine that produces 250 hp and 353 Nm of torque. The engine is paired with a smooth-shifting 6-speed automatic transmission with active select manual mode. The Malibu generally rides like a sport sedan with its wide range of RPM’s on the fifth and sixth gears. It is capable of accelerated driving and city crawling with much comfort and ease.