Goodbye, Again? Chevrolet Camaro to be Discontinued by 2023

Reports have surfaced that General Motors will be discontinuing the Chevrolet Camaro Model by 2023. Stay tuned to Philkotse.com for more updates.

Reports have surfaced that the current generation Chevrolet Camaro would be the final generational model to be sold by the Bow-Tie Brand after design and planning for the 7th generation has reportedly been scrapped.

It’s been said that the current model would be soldiering on until after 2023, after which the Camaro nameplate would then be shelved.

This would not be the first time this has ever happened in the iconic model’s history, though. The current model would be soldiering on until after 2023

Currently, the 6th generation Camaro rests on the Alpha platform which is a modular chassis which shares this same underpinning with the Cadillac ATS and CTS.

These models are then going to be replaced by the Cadillac CT4 and CT5 which will then be riding newer platforms built at the Lansing Grand River Assembly plant in Michigan.

Plans for the all-new generation Camaro are for the car to rest on the same platform but now that all these plans are scrapped, no official news now exists. If true, this would not be the first time this will be happening to the legendary Camaro name. Back in 2002, the Chevrolet Camaro went into a development hiatus right after the original run of the 4th generation.

2006 saw Chevrolet release concept cars for a supposed all-new 5th gen Camaro of which one was released in 2006.

It then went on to star in the Transformers movie, leaving ecstatic fans gushing. This was the same year parent company General Motors filed for Chapter 11 bankruptcy during the great recession in the American economy. 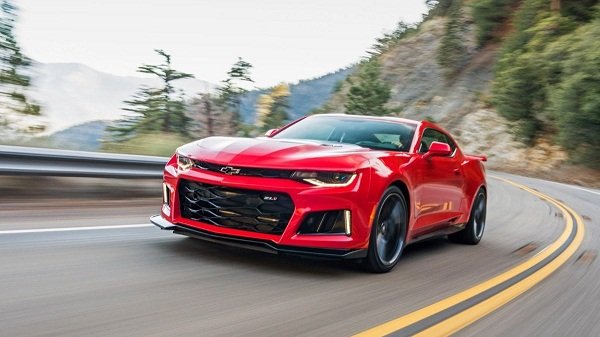 The sales figures of Camaro have been underwhelming

Despite all of GM’s financial troubles, the 5th generation Camaro was in a huge hit, averaging around 80,000 units sold for the next few years. Having intense competition from rival Ford with their own muscle car, the Mustang and Dodge Challenger did little to the Camaro’s sales figures.

This also ignited the modern pony car wars, with each year these cars reaching a new level of power and technology.

The Philippines car market was lucky enough for the Chevrolet Camaro 2019 to arrive onto our shores, prompting Ford to follow suit with the Mustang. It was introduced here with both the SS and RS variants.

The 5th generation Camaro was in a huge hit

Global sales of the Camaro have been concerning. Despite of the 6th generation model being introduced in 2016, sales figures have not experienced an uptick and is down 25% from the 2006 figure.

In contrast, the Mustang has sold almost twice as more Camaros the past few years prompting speculation leading many to speculate about the veracity of the report and that this current model would be the final one in a while.

When asked for comments regarding this concern, General Motors has remained copy with their responses, avoiding the sensitive topic

“While we will not engage in speculation,” says GM in a reply statement. "We will remind you of our recently announced updates coming to the Camaro lineup this fall. An all-new LT1 model will provide customers V8 power with the design and affordability of our LT trim. The award-winning SS model will feature a new front fascia from the Camaro Shock concept. All of our updates are customer-driven to improve the car and its driving experience.”

You may not see many Camaros plying down Philippine streets anymore but that does not mean Chevrolet Philippines has given up on it. Stay tuned and keep updated with Philkotse.com.