This year, the local subcompact sedan market is getting more competitive. That’s because Nissan Philippines has just released the all-new Almera for the 2022 model year. It comes with a lot of improvements inside and out, and it gets significant updates in the tech department.

So, which of these two sedans are better when it comes to onboard specs? To find out, let’s compare the top-spec 2022 Nissan Almera VL 1.0 Turbo N-Sport CVT against the top-of-the-line 2021 Honda City Sedan RS 1.5 CVT. As the sportier top-spec trims of their respective variant lineups, both cars also have some bits that make them stand out. Specifically, both are kitted out with fancier 16-inch wheels, and grilles that look different to their lower-spec counterparts.

Inside, the 2022 Nissan Almera’s specs are somewhat similar to the Honda City’s interior. Both can seat up to five, both have manually adjustable driver’s seats, automatic air-conditioning systems, push-to-start buttons, and both have tilt and telescopic steering wheel columns. A peek into the Nissan Almera's cockpit

Then again, there are differences. For instance, the City RS seats are clad in a combination of leather and suede. In turn, the Almera VL N-Sport has leather seats. The rear seats of the Nissan model can also be folded with a 60:40 split, and it comes with an armrest. The City’s rears meanwhile do have a center armrest, but lack the split-fold function.

For on-board entertainment, the top-spec trim of the Almera is equipped with an eight-inch headunit with Apple CarPlay, Bluetooth connectivity, USB, aux-jack, and a radio tuner. It is then connected to a six-piece speaker system. While the top-spec Almera gets a two-tone interior, the City RS is predominantly black

On the flip side, the Honda City RS gets a similarly sized eight-inch touchscreen headunit. It does however have more connectivity options as it comes with Apple CarPlay, Android Auto, Bluetooth, Weblink, and a USB port. The City RS also gets eight speakers, which is significantly more than the Almera’s.

Moving on to engines, the Nissan Almera VL N-Sport and the rest of the Almera variants are powered by a 1.0-liter inline-3 turbocharged gasoline engine. At maximum, this three-banger can produce up to 98 horsepower and 152 Nm of torque. Power is then sent to the front through an Xtronic continuously variable transmission (CVT). In turn, City RS as well as the other Honda City variants in the Philippines are propelled by a naturally-aspirated 1.5-liter inline-4 gasoline engine. At most, this engine can churn out 119 horsepower and 145 Nm of torque. Power is then sent to its front wheels.

In summary, the City RS’s engine makes more horsepower and torque than the Nissan Almera’s. Then again, the Honda-made sedan is a bit heavier with its curb weight of 1,120 kg. The Almera meanwhile is a bit lighter at 1,103kg. Like the Almera, the City RS also gets a CVT, but it also has paddle shifters which are absent on the Nissan. In turn, the Nissan model comes with idle start/stop. Both models also come with a hand-operated parking manual parking brake, and disc brakes for all four wheels.

So far, the Almera VL N-Sport and the City RS are pretty much on par with each other except for their engine outputs.

For safety though, the top-spec Almera clearly has an advantage over the Honda as it is equipped with the Nissan Intelligent Mobility driver assist safety suite. This includes features like a 360-degree view monitor with object detection, forward collision warning, autonomous emergency braking, blind-spot detection, and rear cross-traffic alert. The Almera, or at least its top-spec variant, is one of the few sedans with this amount of driver assist tech

The Honda City RS lacks those features, but like the Almera, the Honda sedan does have hill-start assist stability control, anti-lock braking with electronic brake-force distribution, and ISOFIX child seat anchors. Moreover, the City Sedan RS is equipped with cruise control, a feature that’s not available in the Almera.

And lastly, both the Honda City RS and the Nissan Almera VL N-Sport come standard with six airbags.

As per the tables above, the Honda City’s price in the Philippines sits at a slightly higher starting point. This is especially true of two lower-spec City S trims. As for the top-spec trims though, the City RS is far more affordable than the Almera VL N-Sport. The latter is of course unsurprising since the Almera gets a lot of driver-assist tech which the City lacks. As a matter of fact, the said Nissan model might be the only Japanese-branded sedan in its segment and price point that comes with autonomous braking. This makes it great for those who are particular about safety, and those who are looking into using the Almera VL N-Sport as a family car. In contrast to that, the Honda City in general provides a lot more power and torque than the Nissan Almera. It even has paddle shifters which are absent on the Almera. To this end, if you want a sportier-feeling sedan, you might want to lean more towards the City.

If you want more information, you can check out our 2021 Honda City Review. We are yet to publish a 2022 Nissan Almera review, so keep reading here on Philkotse because that one’s coming. 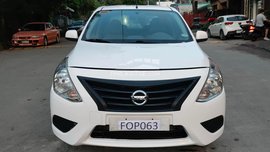 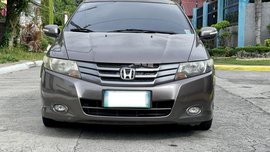