Updated Jul 23, 2020
Pickup trucks are popular here, particularly after the excise tax relief afforded by the advent of the TRAIN. Philkotse.com compares two of the most popular models, the Isuzu D-Max vs Toyota Hilux 2019.

Filipinos love pickup trucks. Why? Because these vehicles can haul a lot of stuff, can travel easily through the sketchiest of terrain, provide great passenger and driver comfort, and look good while at it. We here at Philkotse.com both love these trucks but we also know that there will always come a time that a prospective buyer or even a current owner of the one or the other will want to compare these badass vehicles with each other. So without further ado, here’s the D-Max vs Hilux specsheet battle. To keep this comparison simple, we will compare the specs of the Hilux G 4x4 AT and the D-Max 3.0 LS 4x4. We chose the LS for the D-Max because the LS-A came out very recently. As for the Hilux, we chose the 2.8 G 4x4 variant.

As you can see, the Hilux G is both longer and rides higher than the D-Max LS. So despite not having figures for the cargo bed size, it is safe to assume that the bed of the Hilux is larger than the one on the D-Max right? That actually is not the case because as per manufacturer specifications, the D-Max can actually carry more weight (1,085 kg), whereas the non-conquest variants of the Hilux are only rated for 1,000 kg. 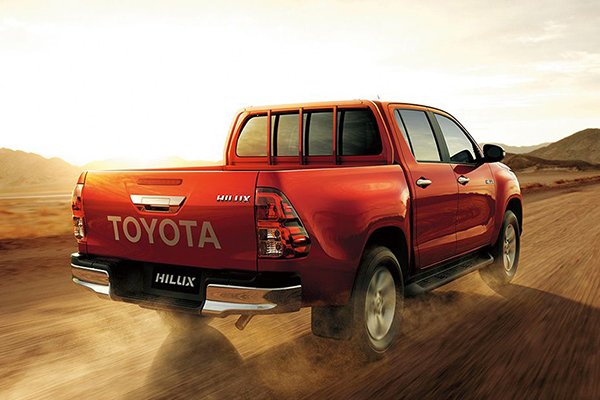 Here's a good shot of the Toyota Hilux's rear end. Here's the hindquarters of the Isuzu D-Max

How about how their sizes affect interior space? Well, differences in that regard are negligible. Both can fit the same number of people with the same amount of legroom.

When it comes to styling, each vehicle has its own strengths. The Toyota Hilux very much resembles its SUV brother especially if viewed from the front. It exudes elegance all the while providing a great road presence. As for the D-Max, just looking at the front already suggests rugged reliability. 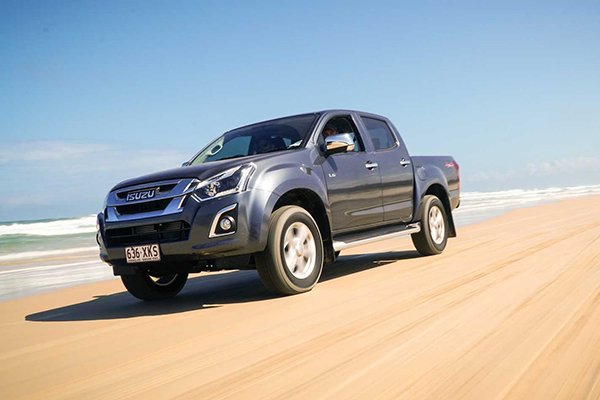 As for interior design, the D-Max features a lot of hard plastic while a lot of its variants do not have much in the way of eye catching design. The same cannot be said for the Hilux whose dashboard also resembles the fancy one aboard its SUV brother. Here's the front cabin of the Isuzu D-Max. It looks simple but has a ton of features.

>>> Full-scale review for each pickup can be found at:

From the table above, it is pretty obvious that the D-Max LS’s 3.0-liter 4JJ1-TCX inline-four and the Hilux G’s 2.8-liter 1GD-FTV turbocharged inline-four both have a similar maximum horsepower output. In terms of torque tough, the 2.8-liter mill on the Hilux G has significantly more at 450Nm, with D-Max LS dishing out 380Nm. For safety equipment, this is where the Hilux G outshines the D-Max LS.

>>> Get the latest pricing changes of the Toyota Hilux Philippines here

While we have to acknowledge the Hilux G’s superiority in terms of safety features. We have to mention the differences in price.

The Hilux is one of the most expensive in its class with the Conquest variant topping P1,792,000. When it comes to a Toyota car though, they have proven to be supremely reliable, and even years down the line, you’ll find that pickup trucks (especially a Toyota) depreciates really slowly.

As for the D-Max, its variant line-up, like the Toyota’s, also provides for a wide range of options when it comes to features and price range. The difference however is that the D-Max variants are significantly much more affordable than the Hilux variants.

For more models from other brands, please check out our Car for sale section.