Toyota Wigo and Hyundai Eon prove that cheap and cheerful can definitely blend together with 2 of the most affordable hatchbacks in the market.

The Mini-subcompact segment is one of the most popular markets in the market today, and why not? If you are looking for your first car you want to make it as no-frills, and affordable as possible, but don’t get car-buyers in this market wrong, they are also the most discerning, and demanding of all the customers. You want to get the most out of your hard-earned money. What we have are two of the most popular cars in the segment, the Hyundai Eon and Toyota Wigo. These cars earn the distinction for being the most affordable cars out there. You might think that they offer bare-bones transportation because of their low prices but gone are the days when you are relegated to penalty boxes of wheels. Let’s find out which of these two cars: Hyundai Eon vs Toyota Wigo, stand out when we duke them out.

Take a look at our expert review before heading to the detailed comparison of the two mini-hatch:

There really is much not to say about regarding the size of these cars, they are small and purposely so. You really do not need a huge hulking SUV or Saloon in the city especially in Metro Manila’s congested roads. Over the years, small cars in the Philippines have become more stylish though as they gradually embrace their small nature. Remember the days of the Kia Pride or Fiat Uno? 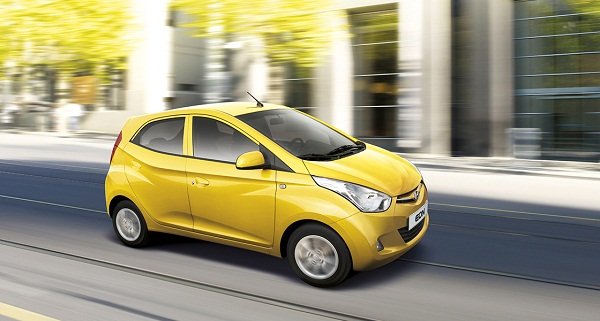 The Hyundai Eon has Futuristic Curves in the right places

The Hyundai Eon features the brand’s Fluidic Sculpture design language. It looks fairly stylish with its large up-swept headlights that form a smooth line that curves right up to the C-Pillars. That design breaks the monotony of the smooth body-lines.

At the back, it features vertical tail lamps adding to its already stylish exterior. The wheels are stretched out as far back as possible like a Mini Cooper not only increasing interior space but adding more flair, like a go-cart with a roof.

The Toyota Wigo went for a more boxy sporty look

The Toyota Wigo, on the other hand, features a more traditional design when compared to the Eon. It doesn’t have those wavy lines on the side panels and definitely not the fluidic sculpture that Hyundai is so proud of. Toyota went for the sporty route and it seems to work just fine.

It currently features an updated design with sharp headlamps and a gaping mouth design. At the back, it features bulging pod-like headlamps that my girlfriend lovingly called “Nintendo buttons” after-which I cannot unsee.

Both of these cars offer no-frills designs but still stay true to their own respective corporate design philosophies. Toyota and Hyundai have done a great job trickling down designs from their more expensive models to their entry-level cars, but this round definitely goes to the Wigo with its sporty design and boxy looks.

You really can’t expect much for entry-level cars in terms of interior appointments. You have to temper your expectations when it comes to fit and finish and NVH levels, and that goes true for both of these cars. You will find hard plastics everywhere and the doors would be as thin as pizza boxes.

One thing you do have going for these cars though is how well both Toyota and Hyundai made the best out of what little budget they have for both the Eon and the Wigo.

Looking at the Toyota Wigo, you will notice that the steering wheel features virtually the same one you will find in the FJ Cruiser. That’s not bad considering that is one of the sportiest steering wheels around. The three-spoke steering wheel even looks a bit like the 86!

It also has a touchscreen entertainment system that can connect via Bluetooth but unfortunately does not have smartphone integration. Space is adequate, just barely, but headroom is exceptional. The seats fold flat as well to accommodate more luggage, and you would need it as rear cargo space is quite sub-par when compared to its counterparts. Inside the Hyundai Eon, you will be surprised how spacious it is in relation to the exterior. The dashboard features a concave design to accommodate more seating and the interior plastics, though still quite hard to the touch seems to be better fitted. The AC controls also feature a more modern knob design that the switches in the Wigo.

Hyundai’s designs are more well-thought-of and you can see that design language carries on from the outside creating a sense of symmetry. Going back to space, the rear seats are very comfortable with lots of knee-room even for my 5 foot 10 frame. The Luggage bay is also a revelation and can fit more stuff than the Wigo.

Remember what we talked about earlier with the Eon’s wheels pushed as far back as possible? It paid huge dividends in the inside. The design language is all subjective to everyone but I will have to give this round to the Eon, and my butt approves.

In case, you want to look for other Hyundai and Toyota models at an affordable price, refer to:

Engine performance is not a primary consideration for this car. With both cars carrying 3-cylinder engines the Toyota Wigo gains a slight advantage with its 1-liter engine over the Eon’s 0.8-liter mill. At first glance, you might think one is better than the other, but there is really more than meets the eye.

The Toyota Wigo can go fast

The Hyundai Eon may have the smaller engine but lets’ take a look at it, shall we? Blessed with a 12-valve Epsilon engine it makes 56 hp at 5500 RPM and 76 Nm of torque at 4000 RPM. It may not seem much, and it isn’t, but with a relatively light 790 kg of weight there won't be much for you to lug around.

The lone transmission available is a 5-speed manual which thanks to its short gear ratio makes you upshift quickly. A majority of the power is well below the rev range. The suspension is crashy, no thanks to its short wheelbase but on paved roads is very comfortable thanks to a soft-tuned independent Macpherson front suspension.

Fuel Economy as tested in the city is a phenomenal 12 km per liter in severely heavy traffic. 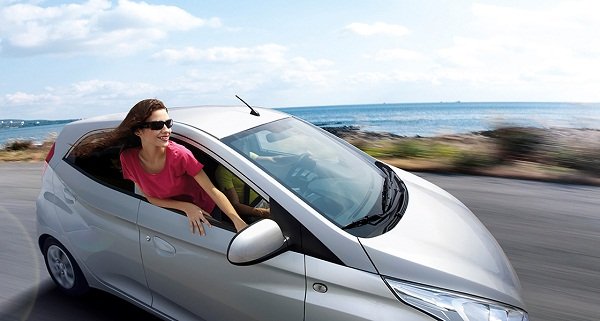 Not to be outdone, the Hyundai Eon can match the bigger Wigo

The Toyota Wigo gain, a significant advantage in terms of engine size with a 3 cylinder 1-liter engine that makes 66 hp at 6000 RPM and 89 Nm at 4400 RPM. Powerband entry is higher than the Eon’s but that extra oomph definitely makes up for it.

It has a 90 kg handicap over the Eon at 880 kg and offers the same suspension set-up. The Wigo’s suspension, however, is much softer, so more comfortable to live in than the Eon. The top of the line model has a 4-speed manual transmission available which gives fuel economy a penalty, it makes a respectable 11 km/l in pure city driving. The bigger displacement makes up for the Wigo's weight penalty

Having driven both these cars, I really hate to admit it. I honestly wanted to give the win to the Wigo, but thanks to the lightweight, short gearing of the manual transmission and firmer ride, I actually enjoyed driving the Eon more than the Wigo. With fuel economy in mind, I can go further with the Hyundai as well. Performance surprisingly goes to the Eon! The Eon's Short Gearing, lightweight and stiffer suspension wins over the Wigo

>>> For further reference, read the in-depth comparisons of other cars in the same segment:

Just because you have an entry-level car, that doesn’t mean car companies can skimp on safety features. I remember the days when Airbags and Anti-lock brakes were optional on even compact cars such as Civics and Corollas. Well, that is true of at least one of our cars today. With the lack of Airbags and ABS, the Hyundai Eon scored a ZERO in crash test

The Toyota Wigo is a hallmark of safety in the Mini-Hatchback space. It has both Driver and passenger-side airbags, anti-lock brakes, it also has the option of back-up cameras that link up to that sweet 7-inch touchscreen. Iso-fix mounts also come standard for the Toyota Wigo 2019.

In contrast, the Toyota Wigo was awarded best in class for safety

As for the Hyundai Eon 2019? You have to thank your lucky stars that you get seat-belts for 5 in this car. With that short wheelbase and almost non-existent overhangs, I seriously doubt this car’s crumple zones as well. Clearly this round goes to the Toyota Wigo, without question. Safety was never compromised to keep the Wigo's price tag down

Pricing for the Toyota Wigo starts at PHP 557,000 for the entry-level 1.0 E variant it comes with a manual transmission, standard safety features, and a radio. Stepping up to the G model, you can find the option of a 4-speed automatic transmission on that sweet 7-inch touch-screen and it tops out at PHP 631,000. There is also a special TRD variant with special body kits for PHP 696,000.

The Hyundai Eon comes in a single GLX variant and starts at PHP 508,000. If you want to get the touch-screen with built-in navigation it goes for PHP 526,000.

days recognize that their clients, especially new car buyers are a discerning bunch. They want a reliable, affordable and quality vehicle that can get from point A to point B and the occasional point C during weekends. Therefore we get cars such as the Toyota Wigo and Hyundai Eon which offer more bang for the buck. 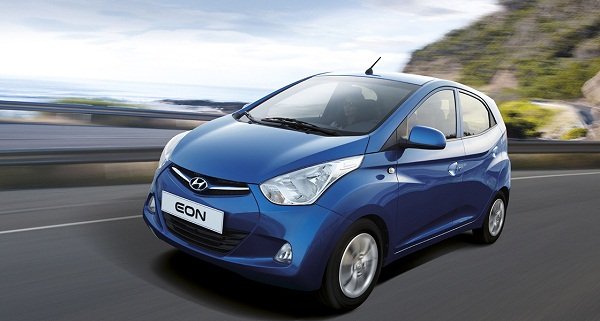 There is the argument that you can always get a second-hand car, but you can never really replace the value you get from a brand-new one that comes with a lengthy warranty in case something goes wrong In this regard, you can never really go wrong with either of these cars, but if we have to pick a winner, that will be the Toyota Wigo.

It may not have the same funky styling as the Hyundai Eon but is timeless and classic thanks to its more traditional curves. The benefits of safety features such as airbags and anti-lock brakes cannot be overplayed, and Hyundai seems to have forgotten that part just to save on the sticker price. 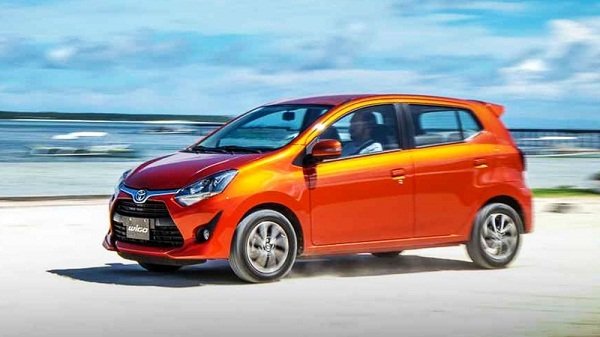 Make sure to keep it glued right here at Philkotse.com for more news, reviews, and insights as well as to get the cheapest prices on your next car! 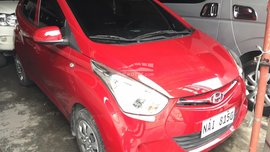