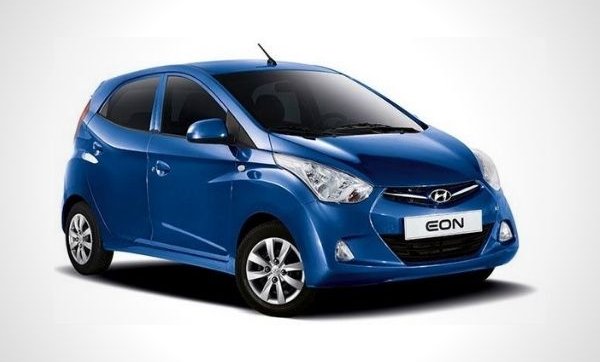 The Hyundai Eon is an affordable five-door, city car offered to those who want a reliable vehicle that can be easily maneuvered in the busy streets of the metro. It features a mini body detailed with the Korean carmaker’s signature fluidic design. Though belonging to the smallest category of a passenger vehicle, the Hyundai Eon offers a spacious cabin furnished with contemporary comfort and convenience features. In the Philippines, the Hyundai Eon GLX is available in Midas Gold, Mystic Blue, Polar White, Phantom Black, Pristine Blue, Red Passion, Sleek Silver, and Star Dust. Currently, the Hyundai Reina stands as the successor to the Eon as the most affordable Hyundai in the range.

The Hyundai Eon was initially introduced in India in October 2011.  A year after, it was launched in Vietnam. In 2014, it was unveiled in Sri Lanka. Due to its success, Hyundai Motor Company launched this best-selling compact vehicle in Peru, Panama, El Salvador, Chile, Nicaragua, Nepal, El Salvador, and Columbia as the Hyundai Atos Eon.

In the Philippines, the Hyundai Eon was unveiled in March 2012. In April 2017, due to the vehicle’s high demand nationwide, Hyundai Asia Resources Incorporated started producing the Hyundai Eon at their automobile plant in Santa Rosa, Laguna.

In 2017, Hyundai Motor Corporation released a Hyundai Eon Sports edition with an Era+ and Magna+ variants. It featured a revamped exterior equipped with pleasant details and an updated cabin with modern amenities.

The Eon was Hyundai's smallest model before it was discontinued

The Hyundai Eon measures 3,495mm long, 1,550mm wide, and 1,500mm tall. Like its bigger brothers, this city car is designed with the Hyundai Fluidic design concept as seen from pleasant curves designed throughout its body. Highlights include a nicely-shaped hexagonal front grille for efficient air intake, a pair of sweptback headlights, a front and rear fender, tall taillights, body-colored door handles and side mirror, and a rear spoiler with a high-mounted stop lamp. Supporting the Hyundai Eon is a set of 13-inch fully capped wheels.

The Hyundai Eon is built with a 2,380mm wheelbase. It offers a decent and comfortable space for five fully grown passengers. Notable features include the fluidic-design themed cabin with silver trimmings, a green-lighted three-pod analog instrument display, a three-spoke manual tilt steering wheel, a well-designed dashboard with durable plastic buttons and controls, a single-din music system for entertainment, cupholders, door map pockets, and comfortable seats covered in vinyl and fabric.

For safety, the Hyundai Eon is built with side impact bars, side repeaters, seatbelts, and child safety door locks at the rear.

The Hyundai Eon shares the Hyundai Kia SA platform with the Kia Picanto, the Hyundai i10, and the Kia Ray. It is built with a reinforced body structure that lessens the force of impact during accidents.

The Hyundai Eon is powered by an 813 cc three-cylinder engine mated with a five-speed manual transmission. It is guaranteed to produce 56 horsepower with 76 Newton meters of torque. What is the successor of the Hyundai Eon in the Philippines?

Currently, the Hyundai Reina stands as the successor to the Eon as the most affordable Hyundai in the range.

Is the Hyundai Eon fuel efficient?

According to Hyundai Philippine, the Eon has an average fuel economy rating of 26.3 km/L.

Can I still purchase a Hyundai Eon in the Philippines?

Though the Eon is no longer available for sale as a brand new model, Filipino car buyers are still able to get a pre-owned Hyundai Eon in good condition. According to Philkotse.com, price of a second hand Eon is from as low as P250,000.

Must read before buying Hyundai Eon 2022 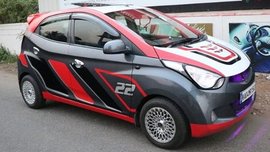 Here are some ways to make your Hyundai Eon unique.

This agile and efficient city car had to bow out last year due to stricter safety and emissions standards. 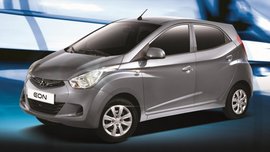