The subcompact hatchback segment in the Philippines is a tightly contested market. This is despite the fact that these cars are significantly smaller than seven-seater MPVs, and SUVs. Why? Well because these cars are small and easily maneuverable especially in Metro Manila. Subcompact hatchbacks also cost less to acquire and are easier to maintain. And while these vehicles are indeed diminutive, they are by no means less practical. They even consume less fuel but can still fit up to five people.

As such, major car brands have strived to improve their own subcompact hatchbacks and two of those are most notable in being dominant in the aforementioned segment. The Honda Brio and the Toyota Wigo are some of the vehicles that compete in the subcompact hatchback battle royale.

With that, we’re comparing the top-spec variants for each model: the Brio RS Black Top 1.2 CVT, and the Wigo TRD S 1.0 AT. Let's find out which city car is better on paper To sum it up, the Brio is slightly larger, but it is a bit shorter compared to the Wigo. By having larger dimensions, the Honda subcompact hatchback also results in a heavier curb weight. As for ground clearance, the Toyota Wigo has 43mm more compared to the Brio.

Moving on to exterior features, both cars are equipped with halogen headlamps, turn signal side repeaters, front fog lamps, and rear spoilers. The Wigo TRD S however, does come with LED taillights, whereas the Brio RS Black Top has halogen taillights. When it comes to the interior, both the Brio and the Wigo can fit up to five occupants. The drivers of these cars are then provided with a tilt adjustable urethane steering wheel, analog gauge clusters, and a digital trip computer. The Brio however provides a turnkey ignition system, whereas the top-spec Wigo has a push to start button. When it comes to on-board entertainment systems, the top-spec Brio is equipped with a seven-inch touchscreen that’s capable of connecting to phones via Bluetooth, USB, and Aux. It is then linked up to a four-piece speaker system. A peek into the Wigo TRD S' interior

The Wigo TRD S meanwhile, is kitted with a seven-inch touchscreen display audio which also has Bluetooth and USB connectivity. However, the Wigo’s infotainment system comes with Apple CarPlay and Android Auto. It also gets a four-piece speaker system.

Under the hood, the Brio comes standard with a 1.2-liter inline-4 gasoline engine capable of producing up to 89 horsepower and 110 Nm of torque. Power is then sent to the front wheels via a continuously variable transmission (CVT).

In turn, all the variants of the Wigo use a 1.0-liter inline-3 gasoline engine with a maximum output of 66 horsepower and 89 Nm of torque. It is also a front-wheel-drive vehicle, but it uses a four-speed automatic gearbox.

To sum it up, the Brio’s engine is significantly more powerful than the Wigo’s. It also has a larger displacement, and one more cylinder.

For suspension systems, both models use a MacPherson strut front suspension and a torsion beam rear suspension. Both also have ventilated front disc brakes, rear drum brakes, and a hand-operated manual parking brake.

When compared side by side on paper, the Brio and the Wigo’s safety features are almost identical. Both come standard with two airbags, anti-lock braking with electronic brake-force distribution, an engine immobilizer, security alarm, and reverse cameras. The Brio however does have speed-sensing door locks, which the Wigo lacks.

Now as shown by the table above, the Wigo is slightly more affordable than the Brio but both vehicles fall under the sub Php 800K price point. Both their top-spec versions also have some stylishness to them that sets them apart from their regular variants. Which has a better-looking rear end? Is it the Brio RS Black Top?

Then again, it is obvious that the Brio’s inline-4 packs more power than the Wigo’s inline-3. So, if you want something a bit faster, while retaining the small city car dimensions, you might want to consider the Honda model. In turn, the Wigo TRD S does provide a better infotainment system. Or do you like Wigo TRD S' rear end better?

For more car comparison articles like this, keep it here on Philkotse.com. 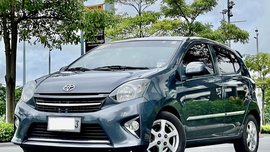 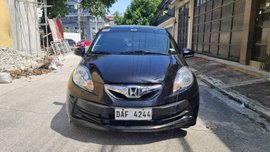