Are Apple Carplay and Android Auto really useful and need for your car head units?

I. What are these in-car apps?

In-car apps are applications created for head units in most cars to bring in the equivalent functions of Apple IOS and Android mobile into another option for mobile integration. For many car makers slapping a head-unit is synonymous to have this ability to give motorists a receptacle for Apple Carplay and Android Auto. For premium cars, this upped the ante, but not because of the infotainment system. It was more of other factors which Apple Carplay and Android Auto rode along with, other than having any legit function than having a big screen in the middle of the dash.

One of the biggest question why Apple Carplay and Android Auto aren’t reliable to use as in-car apps? And what are exposed to make car owners immune to the hype that came with marketing them? Read the article from Philkotse.com to find the proper answer.

II. Reasons why these in-car apps are not reliable

Car brands want to control their own destiny and not be chained to any particular entity for any of their auto components. Many car manufacturers are now developing their own proprietary systems as a better option than relying on a third party. For so long; car makers are now demonstrating why Apple Carplay and Android Auto aren’t reliable as in-car apps because they do not want anyone messing with proprietary technology that they equip their cars with. Just read the specs of most brand-new cars, and there will be a rare mention of these apps.

So, motorists will have these options to choose from but not directly mated to their head unit systems. This point shows a miscalculation why every motorist should wary when something isn’t endorsed!

2. Premium car brands have developed their own head unit

Why should Apple Carplay or Android Auto be installed or be used as a default system that leaves no choice? Here’s the gist; the head unit for cars was made for a variety of reasons but not to be either or.

For car makers to optimize the third party for their touch screen is unneeded, because there should be compatibility for Apple Carplay or Android auto. In fact,  premium brands as having developed their own head unit app, exclusively for their cars. Which makes it easier to use for most motorists.

Mercedes Benz has developed their Me Connect

All the hype and jazz just falls short when compatibility becomes an issue when they will become added costs on the tag price. Eventually, these apps will take a back seat as more car makers develop systems exclusive yet flexible. Apple and Android misread what is needed on the belief that they are vital or better than the other.

3. A better system from Telsa

Tesla has made a better system than Apple Carplay and Android Auto as a fine-tuned proof that proprietary in-house car infotainment is done better than third-party apps.

Major players in the auto industry aren’t sold on the capacities of Apple Carplay and Android Auto, as demoed by Tesla in their cars. Why deal with a third-party app when in-house apps will give a bigger screen and better interface, with better user integration than the current crop of head-units provided for in most car brands. 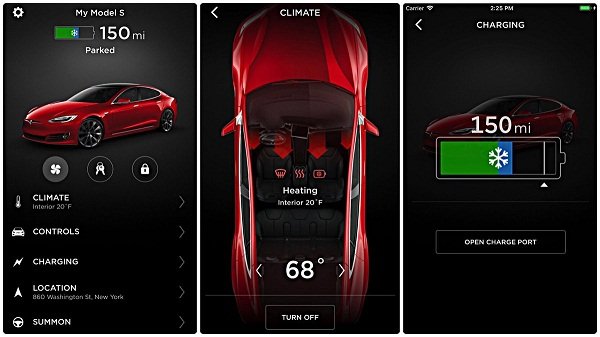 4. Alexa from Amazon is now an option for car head-units

The tech-savvy will be familiar with Amazon’s Alexa that is similar to Cortana and Siri as digital assistants. While many car makers are indecisive about Google and Apple, some car brands like Ford, BMW, Toyota have decided to add Alexa commands to their head-units.

It breaks up the game and wreaks havoc as it disrupts Apple and Android’s attempt as the next-gen app. It’s just the start but all these jostling to be the chosen in-car app will be a bloody mess for all three systems. With the headway of Alexa; any dream of either Apple and Android as the top app is in question. 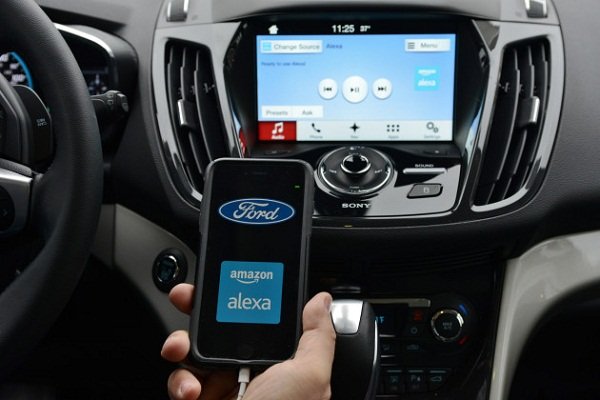 Ford, BMW, and Toyota have decided to add Alexa to their head-units

To cap everything off, why Apple Carplay and Android Auto aren’t reliable as in-car apps will ever dominate car infotainment systems will be because of cost. The cost to have all specs to compatible with either Apple or Android is an extra expense for the car buyer.

But, the aftermarket may cost more to motorists, but is it needed? Also, third-party vendors will sell apps that may or be used outside the system; that is a question mark! So, that’s the final; most motorist can decide if either is needed or not.

Essentially the inclusion and use of Apple Carplay and Android Auto aren’t reliable as in-car apps are aftermarket options that are like a cheese full of holes. Issues with easy use, integration, and when any mobile has more functions than an infotainment screen.

It will take time, but with Alexa’s entry, it has gotten more difficult for Apple and Android.