The last time we reviewed the Toyota Wigo in 2017, we called it an affordable car, which was true; so much so that the title of that review was exactly that: “An Affordable Car”. Well, leave it to Toyota to teach the young guns in the auto industry a thing or two about making cars. Somewhere around the middle of the last decade, gas prices spiked to ridiculously high levels. Largely due to politics, and I will leave it at that. 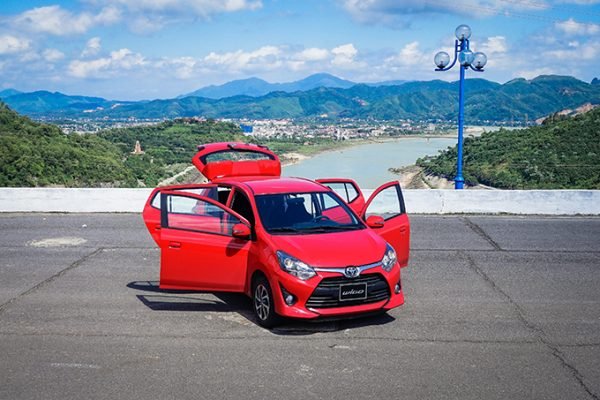 The Filipino market warmed up to the Wigo, in part due to its affordability and versatility

Anyway, the resulting uproar made car companies come up with smaller vehicles and revitalize their mini-subcompact hatchback offerings, led by Korean marques Kia and Hyundai with their Picanto and Getz models, respectively. Other cars companies followed suit, making the subcompact hatchback segment one of the hottest in the Philippines.

Toyota entered the party uncharacteristically late in 2013, yet managed to dominate the market in the succeeding years with the Wigo, a rebadged Daihatsu Ayla. Six years into production and with a heavily stylized facelift, does the 2020 Toyota Wigo have what it takes to earn your attention? Keep reading our expert Toyota Wigo 2020 Philippines Review, brought by Philkotse.com to get yourself answered.

While most cars in this segment feature funky, youthful designs taking advantage of a mini-subcompact hatchback’s cute dimensions (I’m looking at you Picanto!), Toyota went in another direction with the 2020 Toyota Wigo exterior. It doesn’t have the Pokemon-Esque air of its contemporaries, instead of going for a sportier, Angry Birds kind of appeal.

The Toyota Wigo exterior gives off an "Angry Birds" vibe

Large, scowling headlights flank a large air dam and aggressive front chin. Compared to the previous model, you'd be hard-pressed to find curves here, as the sharp body lines on the side panels evoke more athletic aspirations. The 90s-era door handles, however, are a dead giveaway of its econobox nature, yet I don’t find anything offensive about them at all. The rear design of the Toyota Wigo

Although the design gets quite fussy at the rear, I’d have to say that the “Nintendo button” tail lamp cluster lends more character and appeal to the car. It’s an overall good look, although most people probably won’t be doing double-takes. Like a good cup of coffee, it does the job.

>>> More comparison of the Wigo with its rivals the market segment for your reference:

Toyota Wigo 2020 sellers in the Philippines

Inside the Toyota Wigo, you will find a sea (or a pond, depending on who's looking) of black and plastic materials. Although at par with other vehicles in this segment, the Wigo manages to scratch the bottom end when it comes to interior material and still comes off as inoffensive.

Hard plastics abound, sure, but I have to say that everything about the Toyota Wigo interior tells you Toyota knew what they were doing when they designed the car. The instrument panel is well-lit with easily readable fonts, the large touchscreen with built-in navigation on the center stack has being slightly canted towards the driver, and everything within reach. Seats are thinly padded, but you can chalk it up to Toyota's efforts to reduce weight.

I love that the steering wheel has echoes of the FJ Cruiser and GT86, two among many Toyota models. As for driving the car, I have no complaints at all; in fact, I find the spartan interior helps the driver focus more on the drive.

The most overused cliché about small cars have always involved the words “dart” and "go-kart". Well, threading the car around the metro did give me the impression that I'm at the helm of a go-kart. There is only so much that 66 horses and 84 Nm of pull can do on a drive, but with just an 860-kg curb weight for the top-of-the-line Wigo G variant, those figures allow the car to fly.

This helps with fuel economy immensely; city driving with horrible traffic nets 10-11km/l. You might sweat the gridlocks, but this car won't. Temper your expectations of the 1.0L engine, and you won't be disappointed

The four-speed automatic transmission is willing to put the power to the front wheels, though drive-by-wire technology now points the engine towards the economy rather than off-the-line acceleration. The Toyota Wigo takes its time with 14 seconds to reach 0-100 km/h, which isn't necessarily bad.

The suspension is compliant, but if you're looking to carve corners, you're better off elsewhere. The MacPherson front struts and rear torsion bar are best suited for urban jaunts. Thanks to that short wheelbase though, you can pretty much chuck this around town, like, well, a go-kart. 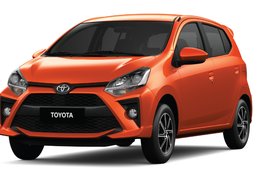 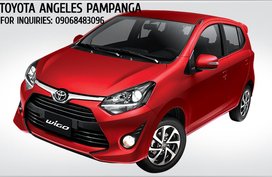 75K ALL IN PROMO! TOYOTA WIGO G AT 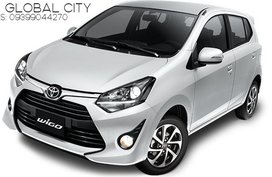 Standard safety features aboard the Toyota Wigo 2020 are exactly that: standard. You get seat belts, antilock brakes with EBD and dual front airbags. I suppose you should still thank your lucky stars that you get them at all at this price point. A decade ago, these features were nowhere to be found in this class; all you get were seat restraints and a prayer. It’s therefore nice to see Toyota offering these features at no extra cost. Prepare around P600K and you can drive home this hatch

>>> Schedule a visit at the nearest Toyota Philippines dealerships for more information on the promos, financing options, etc

Q: Which is the most affordable variant of the Toyota Wigo?

Q: What are the available colors of the Toyota Wigo?

There are six colors to choose from when buying a Wigo: Orange Metallic, Gray Metallic, Red, Black, White and Silver Metallic

Q: What is the average fuel consumption of the Toyota Wigo?

The Wigo has a good fuel efficiency with an average of 15.8km/L.

Q: Which Toyota Wigo variant should you buy?

If you are driving in a place where traffic is rampant, then the Toyota Wigo G A/T variant best suits you. The automatic transmission will help you rest while driving in traffic and you could make good use of its navi-ready display audio. But if you are planning to save some cash, then the Toyota Wigo E M/T is the variant for you. The added features in the variants higher than the E variant are reasonably unnecessary if you are planning to own a Wigo for the sole purpose of practicality.

Q: What are the alternatives to the Toyota Wigo?

Say what you will about the Toyota Wigo 2020 Philippines, but it's a good first car for small families who want to experience the safety, convenience and fuel economy of a well-built Toyota. This won't be the car for you if you are used to driving compact cars, much fewer SUVs. But in a world where function increasingly outweighs form and practicality is the norm, the Wigo is your best bet. 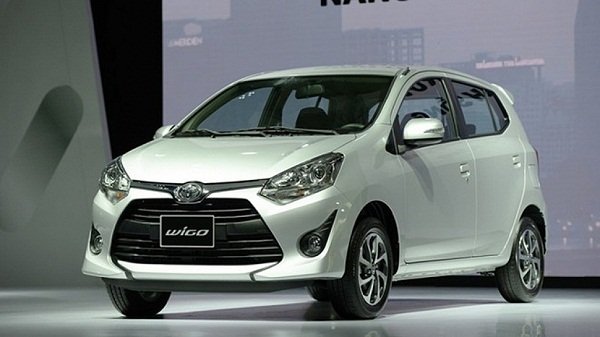 Despite its shortcomings, the 2020 Toyota Wigo is standing big for what it is

Feeling like saving up for a Toyota Wigo or other mini-subcompact hatchbacks? Head on over to our cars for sale section and check out cars from our verified and trusted dealers. Your next car is just a few clicks away!