Toyota Vios vs Honda City: Rivals duke it out

Without a doubt, the subcompact sedan segment is one of the most competitive market categories in the Philippines. For years now, car brands like Toyota and Honda have been duking it out. For Toyota, it has the ever-popular Vios which received a facelifted model and a new top-spec variant this year. In turn, Honda also officially brought in the all-new 2021 Honda City in October 2020.

So, Toyota Vios vs Honda City, has the better specs? To find out, we’ll be comparing the model’s respective mid-spec variants – the Vios E CVT and the City S CVT. Their prices are within striking distance of each other, and as variants in the middle of their lineups, they represent a good balance between specs and price. Let's find out which mid-spec variant is better on paper To compare the Vios vs City in terms of size, the Honda-made sedan is both longer and wider than the Toyota model. Otherwise, both cars have nearly identical heights and ground clearance figures. Even the City’s wheelbase length is just 50mm longer than the Vios.

When it comes to exterior features, both are quite similar too. Both come standard with halogen headlamps, LED taillights, and halogen turn signal lamps. They even use similarly-sized 15-inch alloy wheels. The City S however, lacks the turn signal side repeaters that are available on the Vios E. In turn, the Toyota-made model doesn’t have the front fog lamps that are standard on the Honda-made model.

Inside, both the City S CVT and the Vios E CVT can comfortably fit up to five occupants. Keeping those occupants comfortable on both models is a manual air-conditioning system. On top of that, both of these models are equipped with fabric seats, and urethane clad steering wheels. The City S however does come with slightly more driver-centric features. Namely, it has a push to start button and a tilt and telescopic steering wheel column. The Vios in turn only has a turn-key ignition system, and tilt-only steering wheel adjustment.

For on-board entertainment, the City is equipped with an eight-inch touchscreen with Apple CarPlay, Android Auto, Bluetooth, and aux-in connectivity. It also provides offline navigation, and it is linked to a four-piece speaker system. The interior of the Honda City (RS CVT variant pictured)

The Toyota Vios meanwhile comes with a slightly smaller seven-inch touchscreen with similar connectivity options as the headunit found in the City. It also has a four-piece sound system, though it lacks offline navigation.

Under the hood of the Vios E CVT is a 1.3-liter inline-4 gasoline engine capable of making up to 98 horsepower and 123 Nm of torque. Power is sent to the front-wheels via a continuously variable transmission (CVT). On the other side of the coin, the City S CVT uses a 1.5-liter inline-4 gasoline mill that can produce up to 119 horsepower and 145 Nm of torque. For stopping, both the Vios and the City are equipped with front disc brakes. The Vios however also has rear disc brakes, whereas the City has rear drum brakes. Both cars also use a hand-operated manual parking brake.

Do note that the higher-spec Vios G and GR-S variants can also come with a 1.5-liter gasoline mill capable of making 106 horsepower and 140 Nm of torque. The said engine can either come with a CVT or a five-speed manual transmission depending on the variant.

For the City, the higher-spec V and RS trims use the same engine as the mid-spec City S CVT. Unlike the S which can come with a six-speed manual transmission, the V and RS is only available with a CVT.

For safety, both the Vios and the City come standard with anti-lock braking with electronic brake-force distribution, hill-start assist, traction control, stability control, and speed-sensing door locks. The Honda City S however, only has four airbags, while the Vios E has seven. Both do come with a car alarm and engine immobilizer.

As with most Honda models that came before it, the City S CVT appears to be more driver-centric than the Vios E CVT. It has a tilt and telescopic steering wheel column and a push-to-start button. That’s beside the fact that it makes significantly more horsepower and torque than the Toyota-made sedan. Which do you think looks better from the rear? Is it the Vios E?

To sum it up, if you want a peppy, fun-to-drive car that you can still use as a family car, then the Honda City S CVT might be more to your liking. In turn, if you want more safety and don’t care about horsepower that much, then get the Toyota Vios E CVT. Or do you prefer the rear of the Honda City?

In the end though, these are just our suggestions so we’ll leave it up to you to choose your pick. For more comparison articles, car news, and car reviews, keep it here on Philkotse.com. 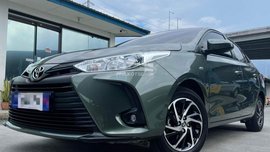 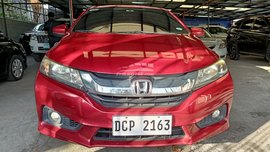