Find your answer in our Ford Ranger vs Toyota Hilux Philippines review that promises to provide you with a fair comparison of price, specs, performance, fuel consumption and more.

Ford Ranger vs Toyota Hilux: Battle of the big guns in the pickup segment

This really is the encounter of the most noted models in the pickup segment. Yes, the Ford Ranger 2018 and Toyota Hilux 2018 are going to fight for the title of the best lifestyle pickup truck.

In the Philippine car market, they are both more celebrated than any SUVs, with purchasers opting for these high-riding 5-seat vehicles to get around the city and especially, to go off-roading. Both are trending on the sales charts, but which is better? Let’s find out in our Ford Ranger vs Toyota Hilux Philippines comparison review.

Before getting started, please note that our in-depth reviews by Philkotse.com of each vehicle can be found at:

The Blue Oval knows that its pickup truck is marvellous. Although in the Philippines, the Ford Ranger has yet to receive any updates since 2015, it’s still one of the most sought-after models in the local pickup market.

Speaking of the latest facelift, it is currently fitted with more safety features, electric power steering, enhanced in-car electronics and especially, a tweaked power plant which is less noisy and hard than the previous model. Exclusively for the top-of-the-line Wildtrak, it is mollycoddled with the most powerful engine, biggest exterior dimensions, largest hauling and towing capacities and highest-rated fording depth in the class. 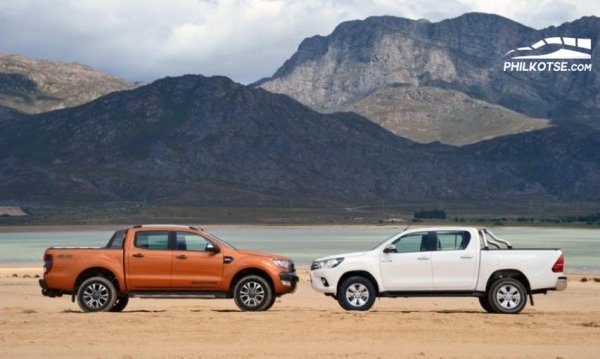 Even with regard to safety, forward-collision avoidance, blind-spot monitoring, traction and stability controls as well as land departure warning are all available. However, when it comes to ground clearance, it has been left behind by the Toyota Hilux. The Ranger’s ground clearance is just 237 mm whereas that of the Hilux is lifted up to 279 mm. As the saying goes, the Ford Ranger is rightly king of the hill. No matter where it goes, nothing is impossible for the Ranger, even when traversing the most extreme road conditions. Skeptical about the Ranger’s off-road capability? Watch the clip below.

Under the hood, the Blue Oval’s pickup runs a potent 3.2L 5-cylinder turbo diesel engine (in the top-end model) developing from the Volvo XC90 SUV. The monstrous engine can muster 197 hp and 470 Nm of torque. Hence, for the Ranger, towing, hauling and overlanding are just a piece of cake since the hardware and off-road credentials will make the truck unbeatable. Concerning this aspect, to be frank, the Toyota Hilux is an inferior ute. 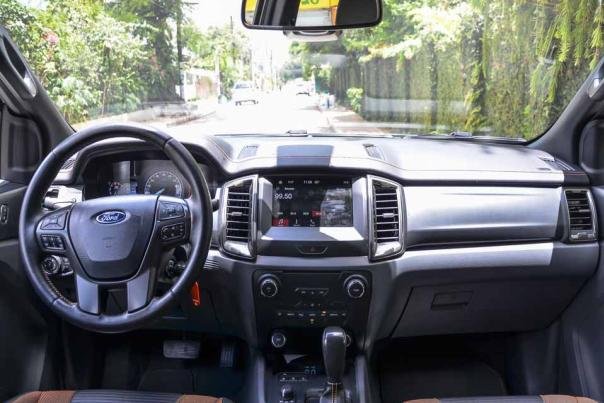 Nevertheless, the Ranger is not totally impeccable. In spite of being good for off-roading, the suspension system is too soft on highways. Thus, be careful or you will put yourself in danger at high speeds. More than that, the steering feels are responsive and accurate, but somewhat lacking in feel. These foibles, in general, make the Ranger quite difficult to control on winding roads at night or in harsh weather conditions. The headlights are not appreciated because of not giving good visibility while the brakes do not let you feel confident very much.

Not just being good at off-roading, the Ford Ranger 2018 is also a daily workhorse that helps you do a raft of tasks. We will not be nonplussed when seeing the Ranger working in the mining industry or doing the rescue mission. Without a doubt, this is a great pickup for all Filipinos.

When putting the Ford Ranger 2018 vs Toyota Hilux 2018 for comparison, as mentioned above, a class-leading ground clearance will bring the Hilux a plus point. Nonetheless, its axle articulation is not as good as the Ranger’s. Not only that, it tends to get stuck much more easily due to the shortage of A-Trac and a locking front differential (it only has got a rear one).

The Toyota Hilux is heavier; to be specific, the controls are heavier to match a firm suspension system. That said, the brakes, like its fellow, do not inspire confidence. When compared to the siblings, the Innova and Fortuner specifically, the new Hilux’s steering appears to require much more effort. Thankfully, its cabin is more comfortable and spacious than the predecessor, but versus the Ford Ranger, it’s a little shorter. The cabin is more comfortable and spacious than the predecessor

The range-topping Toyota Hilux 2018 is armed with a 2.8L CRDi turbo diesel 1GD-FTV engine with 174 hp and 450 Nm of torque. Power is fed to the four wheels via a 6-speed automatic gearbox. While the fording depth of the Ranger is 800 mm, the Hilux’s measures just 700 mm.

Are you curious about the Ford Ranger vs Toyota Hilux fuel consumption? Both of the two pickups are fairly fuel-efficient. For the Hilux, it guzzles 13.88 km/L in combined driving while the Ford Ranger has more decent gas mileage of 11.35 km/L on average.

For off-roading, the Ford Ranger is invincible, so it’s right to say that the Hilux is better on tarmac rather than on tough roads. Still, while the American truck features faster acceleration and higher top-speed potential, sitting in the Japanese truck is safer thanks to the firm steering providing brilliant feel and response, in addition to the solid suspension and a good driving position. The Ranger, however, comes standard with a backup camera which sets you back another P15,000 in the Hilux.

On the other hand, the Japanese brand’s infotainment system sounds are more praiseworthy even supposing Ford’s multimedia interface is high-tech and more user-friendly.

For the most part, overlanding seems to befit the Hilux’s capability as long as you drive on even terrains. On expressways, its performance is also worth noting. For those who’re into challenging roads less travelled, you can definitely tune the tires up and set up a winch to enjoy more interesting driving experience.

2. Ford Ranger vs Toyota Hilux: Price in the Philippines

Ford Ranger 2018 vs Toyota Hilux 2018, which will you go for? Some might be for the Hilux because of its more affordable price tag and Toyota’s reliability. Even if it is pushed back by its staunch player in aspect of off-roading, its performance potential balances both on and off-road driving.

Meanwhile, for an adventurous driver, it is certain that the Ford Ranger is right up your street. In fact, however, the Ranger’s after-sales are now an obsession of Ford PH and parts availability is also a common problem for all Ranger’s owners. In the end, bear in mind that our Ford Ranger vs Toyota Hilux comparison review from Philkotse is no more than a reference. Therefore, if you are really excited about the two talented pickup trucks, it’s highly recommended to schedule a test drive at your nearest dealer to get real driving experience. Hope that you will find our befitting car soon! 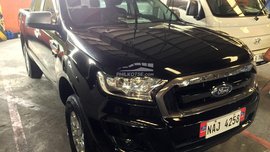 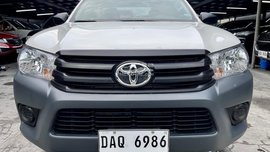