4 Questions About Excise Tax on Cars in the Philippines Finally Answered!

With a lot of misconceptions and confusion about the excise tax on cars in the Philippines 2018, we will simplify it by giving you four essential facts

Before the change of leadership in the Philippines, the now elected president, Rodrigo Roa Duterte, had been emphasizing during his campaigns the popular tagline “Change is coming.” Included in this change is the reform of the country’s taxation system that has been used for over two decades. As such, the TRAIN Law that included the excise tax on cars in the Philippines 2018 is now taking effect.

From the excise tax on cars in the Philippines effectivity up to this day, most Filipinos still have no clearer understanding of the system. In fact, those who have been dreaming and saving to have a car of their own were disappointed. But, as we carefully evaluated and analyzed the system, we have found some bits of information that might benefit car buyers. Now, what happens to car prices after the excise tax law implementation?

So, to help you understand the tax reform better, Philkotse.com has answered four of the most common questions asked by the citizens of the Philippines regarding car excise tax.

1. Why was the excise tax on cars updated?

When you look at the TRAIN Law as a whole, you would notice that people earning up to 250,000 pesos per year are already exempted from paying an income tax. Thus, the general goal of revamping the tax charges for vehicles was to compensate for the possible lowering of the country’s collection from individual income taxes. As a result, the Government of the Philippines will still have enough money to fund its projects.

Another reason for the excise tax on cars Philippines implementation, according to its pioneers, is to help decongest the traffic, especially in the Metro, which is said to be caused by the increasing number of individuals who use their private cars daily. This move is also a way for the government to encourage the citizens to use public transportation, wherein a lot of government funds have already been used. It’s more like using what you actually invested on.

In relation to that, the government also expects that the problem of pollution caused by gas fumes will be at least, in a way, taken cared of. 2. What is the effect of the car tax Philippines 2018 on vehicle prices?

Blatantly, we can say that the tax reform will increase the price of the cars that are being sold in the country, but such is not 100% accurate. The fear of many car sellers and buyers that the price of cars will double after the reform is also just a false alarm. Why is this so?

When you take a look at the table of car excise tax changes provided by the Department of Finance, the increase in tax is not as high as most people have expected. Similarly, when some companies such as Honda Cars Philippines Inc. (HCPI) and Toyota Motor Philippines (TMP) published their new retail prices last January 2018, the increase ranges from 12,000 pesos to about 100,000 pesos per unit, depending on the model.

Also, if you would compare the new taxes for vehicles that are priced at four million and above with the old taxation system, you would realize that the tax that needs to be paid has actually lowered. That is because the maximum tax requirement within that price range is fixed at 50%, unlike in the past wherein there is an added value in excess of 4M. Additionally, for some models, there were no changes in the price because some types of vehicles are exempted from the increase in excise tax.

3. What vehicles are exempted from the excise tax law in the Philippines?

As we mentioned earlier, some car models, of any brand, were not affected by the increase in auto excise tax. One is the modern car, which is run by electricity solely because the pioneers of the law are into promoting cleaner air. Same goes for hybrid cars.

Vehicles that are used for public transportation such as jeepneys and buses are also exempted. Similarly, those that are used for constructions like cranes and cement mixers, as well as those that are utilized in businesses or sources of income like trucks including pick-ups are also not affected by the excise tax law Philippines. People who are looking for second-hand cars for sale or and repossessed vehicles are also not included in the excise tax law reform.

4. What is the smartest way to buy a car in the Philippines today?

Upon looking at the information that we have provided earlier, we can safely say that your dream of owning a car has not turn into a nightmare! Lucky you, right?

Definitely, the smartest way to own a car in the Philippines after the implementation of higher excise taxes or the TRAIN Law as a whole is to go for second-hand vehicles. You can buy from a friend, a relative, or a co-worker as well as on trusted websites. Another option is to check the repossessed vehicles being sold by the bank and car financing companies, especially if you have met the documentary requirements. 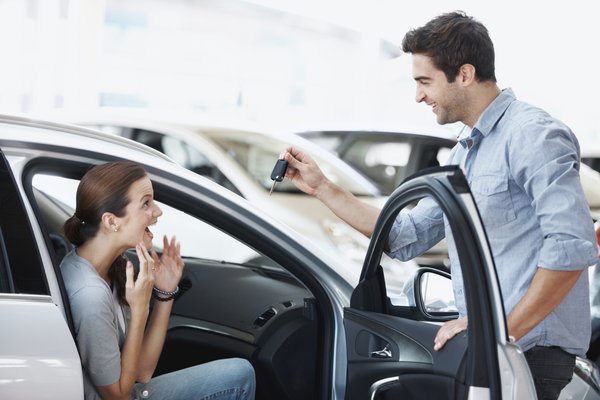 If, on the other hand, you plan to buy a brand-new unit, then we suggest that you go for the lower-end models since the tax effect is not as great as the luxurious ones. You may also opt for vans and pick-up trucks since their prices have not been affected.

You can also opt to buy those affected by the law, especially if you are exempted from paying an income tax. How is this possible? One is that your net take-home pay has already increased.

Second, getting a car loan from banks and private companies is no longer as difficult as it was before and once you are approved, even a car wherein its price increased by a hundred thousand pesos won’t be heavy on your pocket. That is because such an increase will also be distributed to your monthly amortization.

Wrapping Up the Excise Tax on Cars in the Philippines

There is no doubt that the new taxation law has affected the prices of most vehicles sold in the Philippines today. However, we can assure you that owning a car despite the implementation of the excise tax on cars in the Philippines 2018 is not impossible. We hope that our post on Philkotse.com has cleared some of your misconceptions about the system.