Auto brawl 101: Mazda 6 vs Honda Civic in the Philippines

Time to find out who wins in auto brawl between Mazda 6 and the Honda Civic in the local market.

Get to know who win’s in a total spec-versus-spec battle between the two-premiere sports sedan and find out what’s better.

On this auto brawl 101: Mazda 6 vs Honda Civic will duke it out in spec battle to see what has the better numbers. Both cars are the best of the best that every red-blooded gearhead wants to own. But, which is the better sports sedan based on the numbers? Looks won’t cut it, but it must be backed up by uber-performance that is important.

These two cars will be put through the several comparisons and graded according to not randomly. By the end of this auto brawl, we’ll see who wins hands down.

The Mazda 6 has always been one of the better sedan/wagon options that have been consistent for a very long time. It has always been one of its premium models that is a bit pricey but comes with everything from features to options. A quintessential sedan that other car makers have tried to equal but never had.

By reputation, the Mazda 6 wagon is a class that has gotten better over the years. This recent incarnation has only proved that Mazda has got the stuff over its competitors then and now! 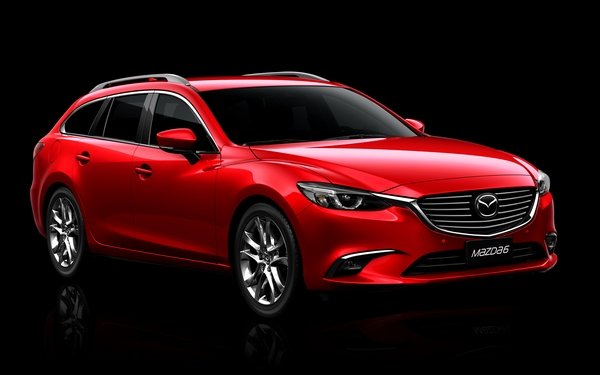 Enter the Civic, the newest hatchback that has upped the ante as one of the best sedans in the market today. Until the re-entry of the New Civic that was highly anticipated by Honda fanboys who never seem to get enough of it. The previous the Civic was a simpler affair, but this newer version has looks like a well-known European make.

Design cues of the Civic have sleek and energetic styling elements which seem to be in constant motion. 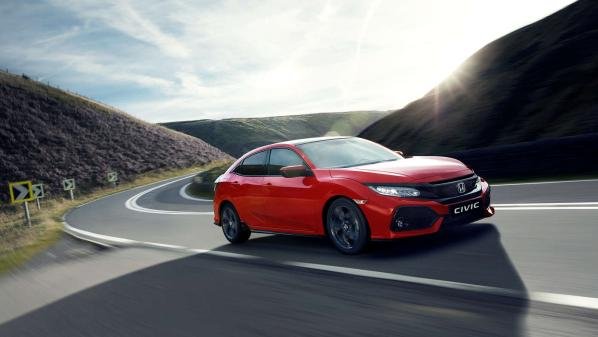 If you want to learn more about seperate model before getting started, refer to these comprehensive reviews by Philkotse.com:

Most cars are getting smaller, but these two are an exception. This auto brawl 101: Mazda 6 vs Honda Civic will demonstrate that size is where the super-sedans excel and don’t scrimp on it. The problem with other sedans is that they don’t have these measurements that improve cabin space significantly.

In total, the Mazda is bigger by 277mm in all dimensions that translates into bigger trunk space and cabin space overall. This makes it the bigger option over the Civic any day and is no slouch at having the best elbow in its class. 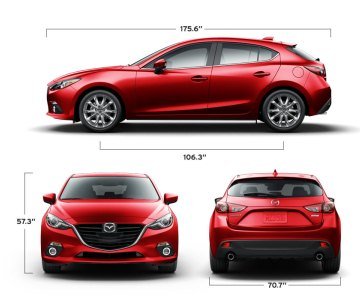 Though a bit smaller in most dimensions that makes it smaller than the Mazda by 277 mm in all dimensions. Okay, it’s second in size but when compared to others but it’s still a sedan with good cabin space and trunk space.

This where both will have to duke it out and match for every performance spec in auto brawl 101: Mazda 6 vs Honda Civic that make it truly an excellent choice. But, suffice to say the Mazda 6 wagon does yield bigger numbers than the Civic. Both have similar suspension and brakes, with the same number of passengers. Despite this, the Civic will still do better in some respects. Both have similar suspension and brakes, with the same number of passengers

The numbers and spec of the Mazda 6 are very impressive, and the 2.5 power plant is a real boon in power terms for the car. Look at the 187 Ps and 250 Nm generated; when coupled with a true mid-engine displacement of 2488 cc. which outstrips the Civic faster.

With a better suspension and it has a softer ride. Improved braking with ventilated and solid disc brakes. Better than drum brakes that are used on cheaper sub-compact cars.

The Honda Civic comes a close second to the Mazda 6, but all is not lost. They share common equipment like the brakes and suspension that will produce the same ride smoothness. A very responsive CVT transmission that gives deft reaction time with 141 Ps and 174 Nm.

Despite the smaller displacement, its powerplant will give the Mazda 6 a run for its money. It has smaller numbers, but it doesn’t mean it’s any less capable. Smooth riding and with a spritely performance that will hold its own nicely compared to other options. However, transmission damage is one of common problems of the Honda Civic.

Another aspect of auto performance is safety that should be a prime concern. A flashy and fast car is good, but if it doesn’t protect the occupant, then it’s not good. Once again the Mazda 6; has the upper hand but the Civic has traction/stability control too. In this Mazda 6 vs Honda Civic head-to-head comparison safety features make up what makes a good option.

All the relevant safety features that matter is installed, and it doesn’t leave out anything. Having Stability control and airbags installed all over the cabin will preserve the occupants better. The standard ABS/EBD, front and rear parking will complete this excellent package. It’s child-friendly and with everything all-in; that makes it a very desirable option.

Safety wise the Civic is more modest except for traction/stability control and hill start assist that is found in SUV options. Backing up easy with a reverse camera to prevent bumping obstacles. Affixing any car seat is better with an Isofix system for a child-friendly option. Even with this safety set up that is light years apart compared to lesser options.

Both the Mazda and Civic have comfortable interiors with the standard power features included. Though both have some cosmetic differences but are both on par with each other. In “Auto brawl 101: Mazda 6 vs Honda Civic” the interior plays a major role as well. The seats in the Mazda 6 2018 are made of leather which is much better than fabric seats that has a luxurious feel. It has Bluetooth connectivity for devices and other gadgets with steering controls. A cool AC that keeps everyone comfortable and chilly with a front and rear AC.

Not to be left behind in interior amenities is the Civic with an onboard CPU and a foldable rear seat. All the power options are all-in with good AC too. It’s not a second stringer but will pull its weight in this category. A comfy cabin that will be appreciated by all the occupants with enough room inside for everyone.

Comparing the two options; both are equally sporty and sleek sedans that elicit dynamic styling. All the style elements that make them attractive and stylish has been incorporated for ultimate eye-candy on wheels. 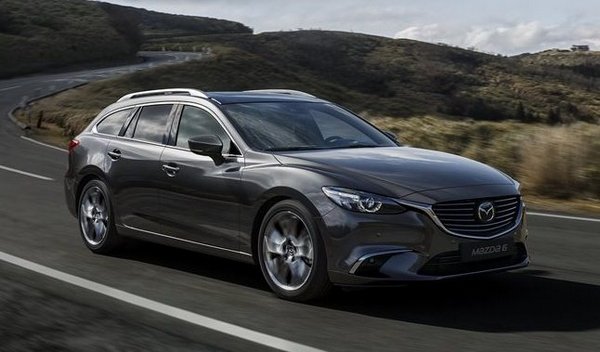 Hands down the Mazda 6 wagon is uniquely styled and with every design cue that screams premium model. For the adventurous set that might want to open the sunroof to let in some sun while on the freeway. Come with a dual exhaust tailpipe form factor to that makes it look sportier.

The Honda Civic 2018 comes with new style LED headlights and other standard lighting options. The exterior is not as fancy; as the Mazda 6 but it holds its own equally too.

The victor of “Auto brawl 101: Mazda 6 vs Honda Civic” is the Mazda 6 wagon because it did well in performance, safety features, dimensions, and exterior handily over the Honda Civic. One thing though because of all these features which result in a more expensive option than the Civic.

But even then, the Honda Civic is still an excellent option by far and should be a top seller with the more affordable price. If the sedan from Honda cannot make you satisfied, you can take these 5 alternatives to the Civic into account. 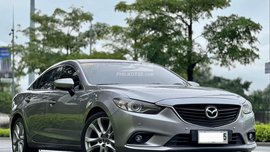