Which is the better city car on paper?

In most automotive markets today, small city cars serve as the entry-level models because they’re oftentimes affordable, and also they’re the smallest cars in a brand’s model lineup. Due to this, city cars have exploded in popularity in many countries where traffic is bad, and where public transportation isn’t the best.

Case in point is the Philippines, which coupled with the bad traffic, some roads, especially in big cities, are jam-packed with pedestrians and other obstacles, so a small car is always ideal.

Now recently, Toyota updated the Wigo along with a new TRD version. On the other side of the coin, Kia’s Picanto is still going strong and is as common a sight on Philippine roads just like its Toyota city car rival.

So which is better on paper now that the Toyota Wigo has been updated? Let’s find out. Which city car has the better specs?

The Wigo also has a better ground clearance at 180 mm, compared to the Picanto’s 151 mm. 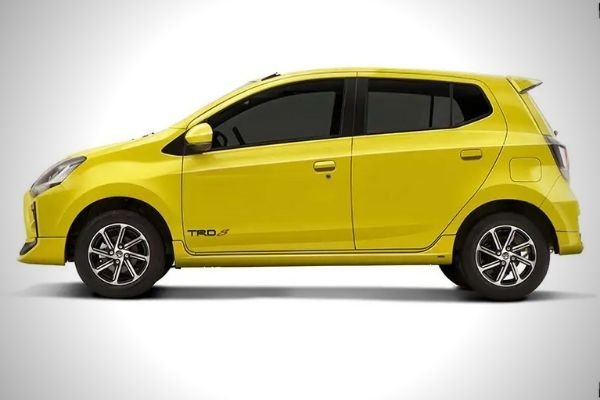 Use the slider to compare the Wigo and Picanto

As for exterior features, both the Wigo and the Picanto get halogen headlamps although the one on the latter is multi-reflectors, and the former has projectors. Both of their top of the line versions also have fog lamps. The Toyota Wigo however does come with a rear wiper with defogger while the Picanto does not. 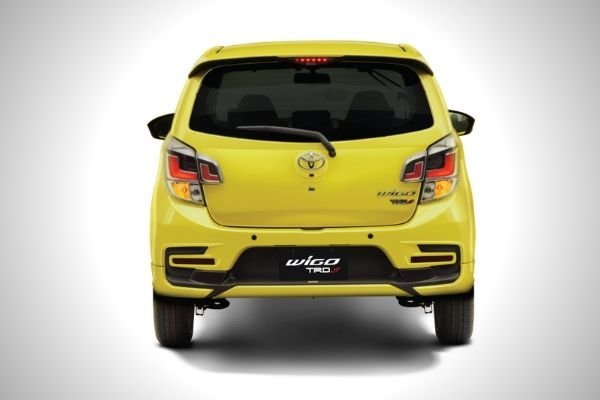 So, which has the better looking rear end?

Do note though that the Wigo TRD comes with TRD body kits, which will definitely make it stand out on the road. In comparison, the Picanto’s top variant doesn’t have much to make it stand out in its variant lineup. Note that the GT Line is no longer available in the Philippine market, and we’re still waiting on Kia on whether it will bring in the brilliant looking 2020 facelifted Picanto into the country. 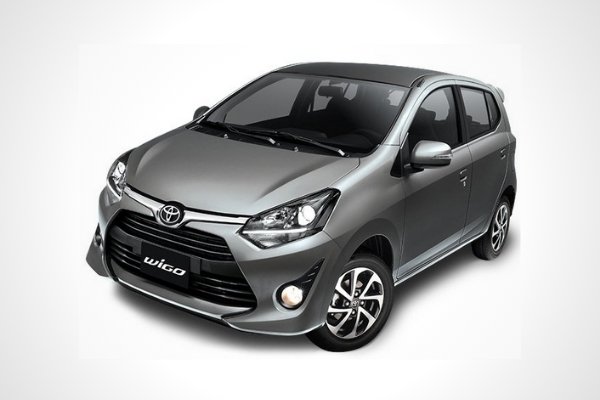 Also, the Wigo variants without the TRD bodykits look like this

When comparing interiors, both the Wigo and the Picanto can fit in a total of five people. The Wigo however, comes standard with bench type seats for the rear, while the top-of-the-line Picanto EX has 60:40 folding split type seats which greatly takes advantage of what space it has.

Apart from that though, both of these city car’s top models come with push to start buttons, keyless entry, a touchscreen display with Apple CarPlay and Android Auto, Bluetooth connectivity, and voice control. 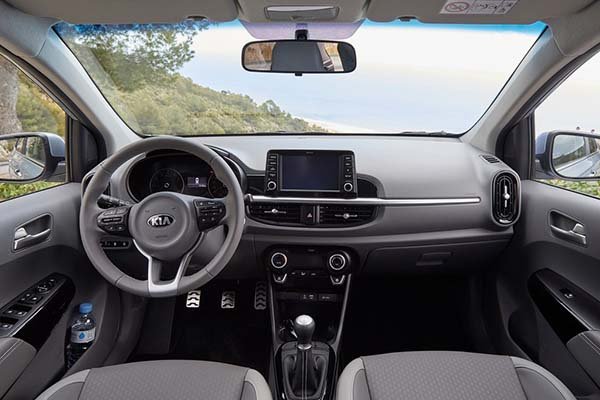 When it comes to their entry-level variants, both the Picanto LX and the Wigo E MT are just as simple as each other with their 2-DIN head units, both of which have Aux jacks, USB ports, and Bluetooth. 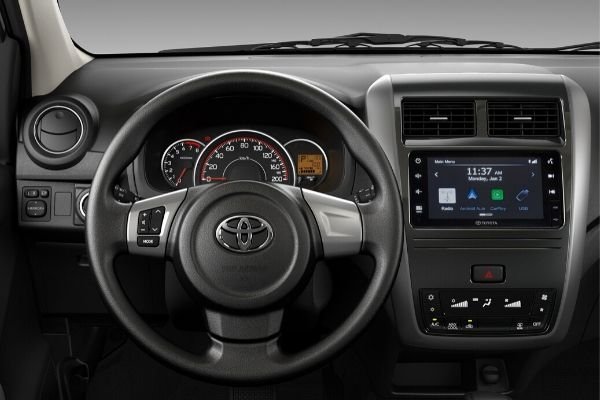 The Wigo's equally comfy interior. Well, hard plastics are par for the course when it comes to very affordable cars

Under the hood, these two city cars are powered by small displacement gasoline engines. Powering all the Wigo’s variants is a 1.0-liter inline-3 engine, which can make up to 63 horsepower and 89 Nm of torque. It is paired with a four-speed automatic, or a five-speed manual.

The 2020 Kia Picanto on the other hand has two engine options. The first is a 1.0 liter inline-3 for the LX variants, which can churn out 64 horsepower and 96 Nm of torque, and it can either come with a four-speed automatic and a five-speed manual.

The second engine option for the Picanto, specifically for its EX variants is a 1.2-liter inline-4 which can make a maximum of 83 horsepower and 121 Nm. The EX also has the same transmission choices as the LX variants.

When it comes to safety, the entire Wigo variant lineup comes with what you’d expect from a modern vehicle. It has dual front airbags, anti-lock braking, a rear parking camera, an engine immobilizer with a car alarm, and ISOFIX child seat tethering points.

Note however that the entry-level Wigo 1.0 E MT doesn’t have the aforementioned rear parking camera and immobilizer. Also, the TRD version has a dashboard camera.

In comparison, only EX variants of the Picanto can match the safety features that come with the 2020 Toyota Wigo. In fact, its lower-spec LX variant only has one airbag, doesn’t have ABS, and it doesn’t even have child seat anchors.

Obviously, both the Picanto and the Wigo can do well as a daily driver. Note however that each buyer will have reasons as to why they will prefer the one over the other.

For starters, the Picanto is one of the few city car models that have a four-cylinder engine option. Sure, inline-3 engines are great and all, but some will always prefer the smoother and slightly more powerful four-banger. And as we’ve discussed above, it can match the features of the more expensive top of the line Picanto. Come to think of it, it actually has more in the form of the dashboard camera, which is a very important tool especially for the sometimes chaotic Philippine roads.

So to summarize, some variants of the Kia are more powerful, but its entire lineup is more expensive. The Wigo only has one engine option that definitely makes less power, but it has more safety features, all the while being cheaper. And yes, the larger size of the Wigo might also mean a marginally better road presence than the Picanto.

For more car comparison articles like this, keep reading here on Philkotse.com. 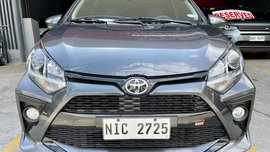