To further aid Filipino car buyers in keeping up with the latest Nissan Patrol car price in the Philippines, Philkotse.com provides a regularly updated Nissan Patrol price list and estimated down payment details as follows.

Please note that these are prices listed are based on the prices provided by showrooms and brand websites, which are subject to change and for your reference only. For more accurate pricing information, please refer to the Nissan Patrol for sale section.

Being a full-size SUV, the Nissan Patrol offers comfort in the form of numerous interior features, while still providing a lot in the way of off-road capability. It comes equipped with a braked limited-slip differential and a 4x4 drivetrain. The Patrol Royale is also a body-on-frame vehicle meaning that its chassis can take the rigors of driving offroad. And lastly, it also has a rear locking differential. 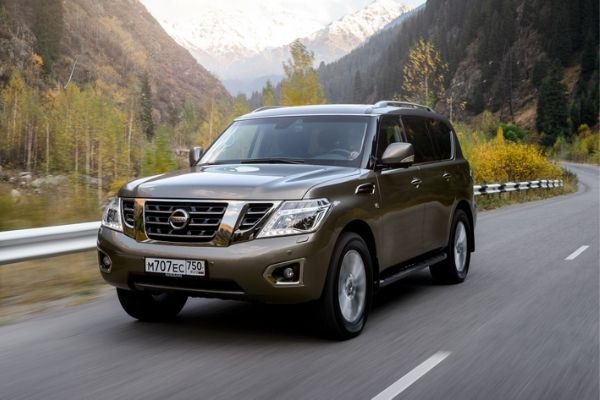 It does well on the road too. And yes, it's got a lot of road presence to boot

Inside, 2020 Nissan Patrol Royale can fit eight people with room to spare for cargo. Its passengers and driver are kept comfortable by its numerous interior amenities. 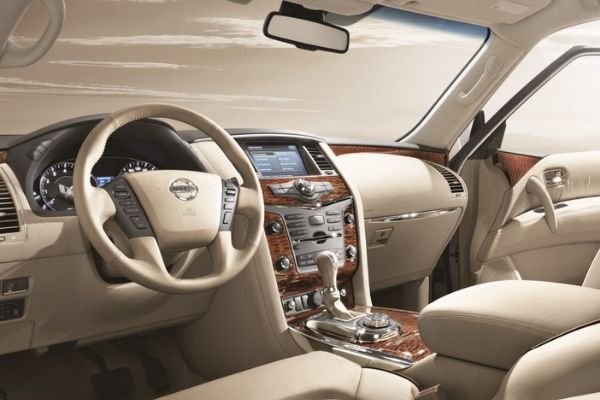 Want to feel in charge? Try getting on the Patrol Royale's driver's seat

To maximize interior space, the front row seats are power adjustable, the second row are 60:40 split type seats with center arm rests, and the third row are foldable. Also, the rear door of the Patrol Royale is powered and can automatically close.

The Patrol Royale is propelled by a DOHC, gasoline V8 engine, which can produce up to 400 horsepower and 560 Nm of torque. Power is sent through a 4x4 transmission. This power output enables the Patrol Royale to tow up to 3,500 kilograms. 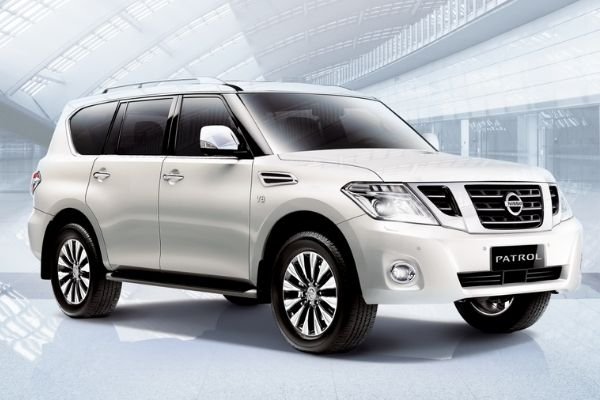 It's quite a handsome looking SUV too

III.  Why would you want to buy a Nissan Patrol Royale?

The Nissan Patrol has been around since the ‘50s, making it one of the earliest names when it comes to off-road capable vehicles.

Now in its sixth generation, the model has become a very large and very comfortable SUV that can fulfill a myriad of roles from a family car to VIP transport. And yes, it’s also one of the better full-size popular SUVs available in the Philippines today when it comes to interior and safety features. 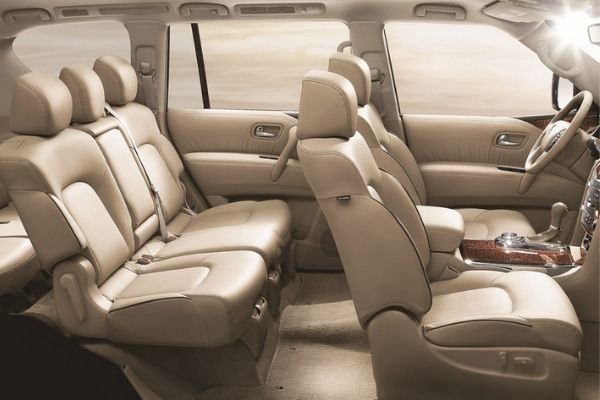 It has a lot of space inside

Note though that the Nissan Patrol’s V8, while powerful, is a very thirsty engine. According to SBTJapan, the Patrol consumes up to 14.5 liters per 100 km. That’s a measly 6 kilometers per liter. Also, the Nissan Patrol is huge and it might not be ideal for some drivers especially here in the Philippines.

Despite its size, however, the Y62 Nissan Patrol Royale is still very capable of being turned into a full-on off-roader. It has, after all, a pretty large pool of aftermarket parts and an equally large following of off-road enthusiasts. Go anywhere in comfort with the Nissan Patrol Royale

Nissan Motor Co., Ltd. or simply; Nissan, is a car manufacturer based in Nishi-ku, Yokohama. In 1999, it entered a three-way alliance between Mitsubishi Motors, a fellow Japanese company, and with Renault, a French car manufacturer. Together they form the Renault-Nissan-Mitsubishi Alliance.

Nissan as a company also has a lot of noteworthy, superlative accolades. In 2018, it became the largest electric vehicle manufacturer in the world. In 2013, Nissan ranked as the sixth-largest carmaker in the world after Ford.

Like most top Japanese car brands, Nissan also has a host of legendary performance in Nissan vehicles, the most famous of which is the Nissan Skyline series of vehicles. There’s also the modern iteration of the Nissan GT-R, the Sylvia series of cars, and the Z series of cars. All of these symbolizes the excellence of Nissan engineering as per their respective eras. Nissan as a company also has a lot of noteworthy, superlative accolades

If you want to learn more about currently available Nissan made cars, check out the Nissan review section.