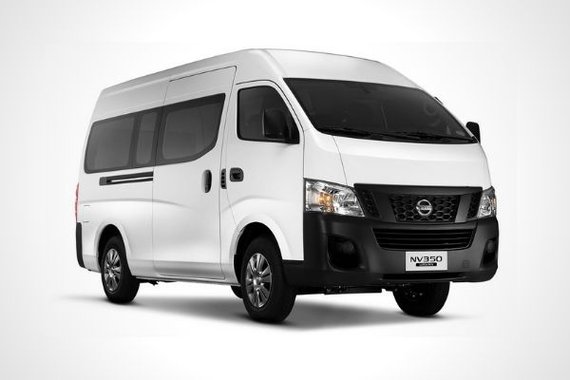 The Nissan NV350 was unveiled at the 2011 Tokyo Motor Show as a replacement to the legendary Nissan Caravan. A year after, Nissan Motor Co. Ltd made it available in the global market.

Locally, this passenger vehicle was launched in June 2015 and was named as the Nissan NV350 Urvan. It was offered in five models: a super base, three-seater cargo, an 18-seater VX, a 15-seater shuttle, a 12-seater Escapade, and a high-end 10-seater.

In October 2017, the van’s fifth-generation was unveiled with updated looks and modern features.

The Urvan NV350 is one of Nissan PH's best-sellers

The current Nissan NV350 Urvan received a well-deserved update that made it more pleasing on the road. Its front is redesigned with the automobile company’s innovative V-Motion grille. It is paired with wide halogen multi-reflector headlamps that provide efficient lighting at night. The front bumpers have sharper corners, making the vehicle’s fascia a serious vibe.

The NV350 Urvan’s body is still boxy but character lines and curves make it look updated. It features a sliding side door that opens wide for easy boarding and exiting.

The aura inside the NV350 Urvan is subtle but offers the utmost comfort. Its interior is gray with tough plastics materials. The seats of the shuttle variant come with standard fabric covers while top models are fitted with premium material.

As Nissan automobile is known to deliver one of the most efficient air conditioning systems in the industry, the Nissan NV350 Urvan is fitted with 360-degree air vents.  The premium variant gets 14 air vents while standard models are built with 12.

A 2-DIN single in-dash stereo system provides entertainment inside this sturdy van. It is equipped with a tuner, CD, and AUX port. Premium models are fitted with four speakers while the shuttle variants are built with two. Power locks and power are standard on all variants.

In terms of safety, both shuttle and premium variants are equipped with dual airbags on the front. The driver and front passenger seats come with three-point seatbelts while the remaining rows are fitted with a two-point lap belt.

At the front, this light commercial vehicle is fitted with a torsion bar suspension paired with a stabilizer. For the rear suspension, the NV350 Urvan is built with a rigid axle with spring. Braking is assisted by disc brakes at the front and leading and trailing drum brakes at the rear.

The NV350 Urvan currently runs using a 2.5-liter YD25DDTi Inline-four diesel engine that promises 127 hp with 356 Nm of torque. It is paired with either a five-speed manual or automatic transmission.

*** Please note that the Nissan NV350 Urvan‘s prices might differ in some showrooms and should serve as reference only. 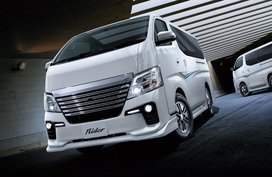 Nissan NV350 Urvan 2019 is given a fancy new style package 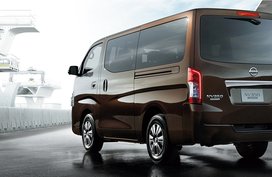 According to the Philkotse auto loan calculator, the Nissan NV350 Urvan installment price for a ₱ 0.00 deposit, which is 20% of the SRP, will have an estimated monthly payment of ₱ 0.00 for 12 months.
Amount financed
₱ 0.000
Monthly payment
₱ 0.000
Apply for a loan 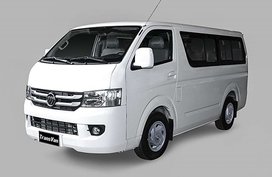 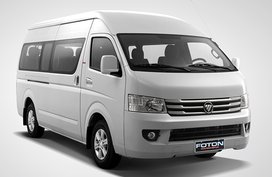 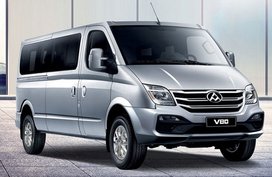 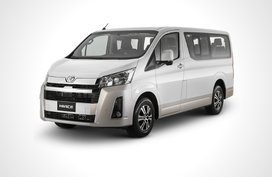