The Audi 6 was officially launched in 1994 as a replacement for the Audi 100. It features a refreshed exterior and interior and is offered in more engine choices. Its second-generation was unveiled in the 1997 Geneva Motor Show marketed to compete with the Mercedes-Benz E-Class and the BMW 5 Series.

In 1994, its third generation was launched equipped with a more engineered and sophisticated technology. In 2011, its fourth generation was released complete with a bulkier body and more technological updates. A hybrid version was also made available in the market. Its present generation was introduced at the 2012 Geneva Motor Show and received generous updates in the following years.

Locally, the current Audi A6 line was launched in 2019.

The body of the Audi 6 is athletic with a mighty stance. It is enhanced with sleek lines and modern curves that add to its elegant aura. Highlights in its exterior include the nicely- shaped headlights that come in Xenon plus, LED, and Audi Matrix LED depending on the variant, front bumper with air inlet grille, LED tail lights with dynamic indicators, dual branch tailpipes, anodised aluminum roof rails, panoramic sunroof, and sensor-controlled luggage compartment lid.

Supporting this grand executive car is a set of sturdy 18-inch to 20-inch wheels that comes in many choices.

The Audi A6 is available in a 1.8-liter, 2.0-liter, and 3.0-liter four-cylinder engine or a V6 diesel engine. It is matched with a six-speed manual transmission, or seven-speed, eight-speed, Tiptronic transmission. Horsepower ranges from 147 to a whopping 443 with 320 to 650 Newton Meters depending on the variant.

The hybrid Audi S6 variant is fitted with a V8 bi-turbo engine. It is matched with a 48-volt powertrain that uses a 9.6ah lithium-ion battery.

The price of the Audi A6 in the Philippines is available upon request. Kindly click on the GET QUOTE button to ask for the latest price list from Audi dealers across the country.

*** Bookmark our Audi A6 price list page to get the latest quotation of 2021 Audi A6 in the Philippines. 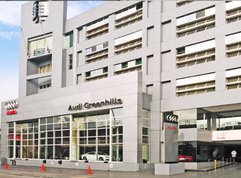 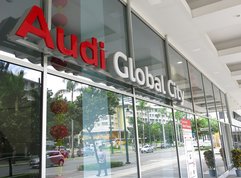 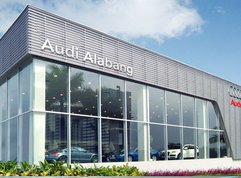