With numerous listings for the Audi R8 for sale at affordable prices updated daily by certified owners and dealers on Philkotse.com, your next ride may be just a few clicks away.

I. Audi R8 price in the Philippines - 2020: Price of the locally available variant

The Audi R8, which first came into existence back in 2006, is based on the Lamborghini Gallardo with the R8’s first generation, and the Lamborghini Huracan for this current, 2nd generation model. This is because Audi and Lamborghini are both owned by the Volkswagen group as such many platforms, engines, and other technologies are shared between those aforementioned auto companies.

For the Audi R8 V10 Plus itself, the high-performance vehicle is a newer version of the R8 V10 which is faster and more agile. It’s even on par with the likes of the McLaren P1 in terms of its handling capability and it accelerates faster than a Bugatti Veyron from a standstill. 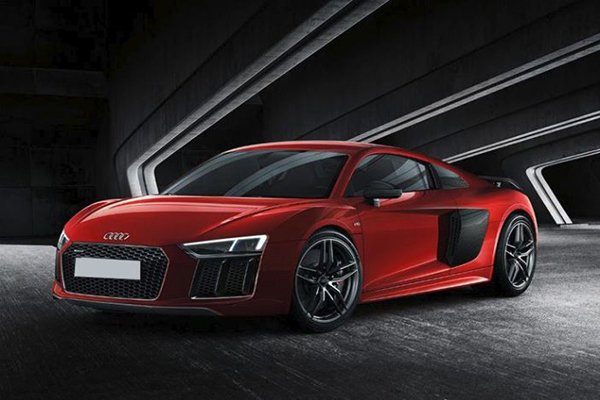 The Audi R8 V10 Plus: A faster, nimbler version of the R8

On the outside, the newer R8 V10 Plus looks rather the same than its older brother. At the front we still get that cool looking front fascia which is definitely more subtle than its Lambo brothers.

For the newer Plus version, the grille is much wider and there are now air intakes located in-between the lights. Towards the rear, the old R8’s weirdly shaped exhaust tips are gone and are instead replaced by oval-shaped tips. Overall, the R8 is a very subtle looking supercar which hints rather than screams its potential for speed. On the inside, the R8 V10 Plus remains largely the same with the older version except for new available trim colors. The Plus version still has many creature comforts one would like from a car of its price namely a very good touchscreen infotainment system, an FM/AM radio, Bluetooth connectivity, USB and aux ports.

The Audi R8 2020 also comes with keyless entry, auto climate control, numerous charging outlets, a remote trunk opener, a multi-function steering wheel, and power adjustable seats. As an added layer to those aforementioned though is that all the controls are futuristic looking and yet so well made that it’s even better than those that come with the Lamborghini Huracan.

Also, they’re easier to use as they’re positioned well and are labeled with easy to understand symbols. 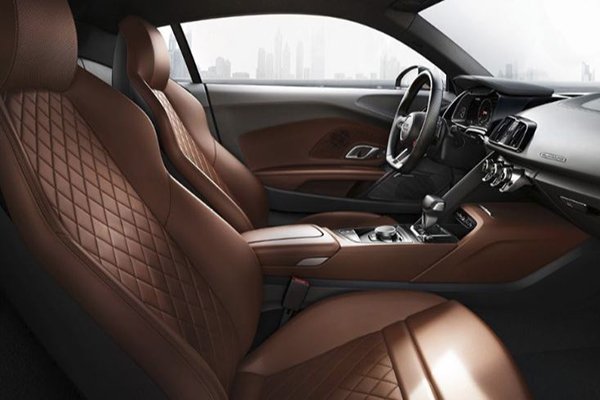 Now as you might have known, the R8 V10 Plus is a mid-engine two seater. While that may be the case, its trunk which is located on the front can still hold a respectable 100 liters of cargo space. Aside from that, there are actually additional cargo spaces in the form of cloth pockets located behind the driver and passenger seat. 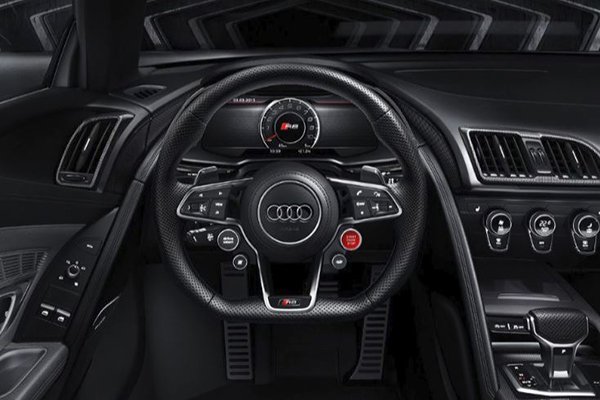 Aside from it's incredible power, the R8 V10 Plus's instruments are easy to use and are actually quite beautifully made

For the R8 V10 Plus, which is a V10 engine from the Huracan, Audi tuned it in such a way that it makes quite a bit more than its predecessor. In its current form, the R8 V10 Plus makes a whopping 610 horsepower at 8,250 rpm and 540 Nm of torque. This makes it a veritable monster of a car capable of a 0-100 kph time of 3.0 seconds and a top speed of 333 kph. Now all this is done by a NATURALLY aspirated engine that’s why toque comes on early. This also gives that added benefit less stuff to potentially go wrong in the long run. The Audi R8 V10 Plus's beast of an engine. Also, it's naturally aspirated!

For handling, the R8 V10 Plus is quite nimble as it now has a more rigid chassis and the Quattro all-wheel drive does an excellent job of delivering power to the road in such a way that understeer on the said vehicle does not exist at all. In addition to that, the new R8’s brakes are made out of carbon ceramics which can be too much in city driving but are otherwise very appropriate on the track.

All in all, these features make the Audi R8 V10 Plus a very competitive car in its class which some might even say that few supercars available today can match.

If one is in the market for a supercar, there are actually a lot of choices here in the Philippines. The R8 V10 Plus, however, is a supercar you would want if you desire more subtlety both in looks and in power. In order to simplify this, Philkotse.com has listed the pros and cons of the Audi supercar in this list below: 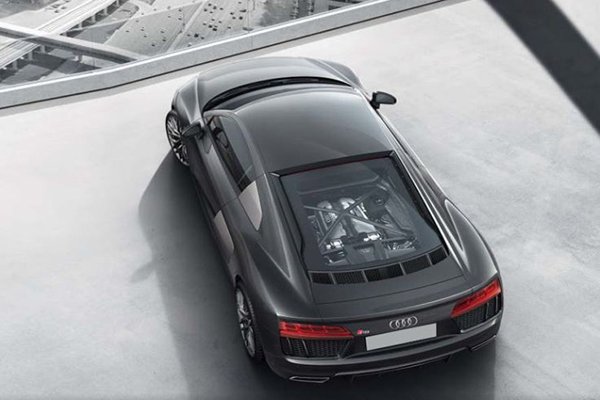 Audi in the Philippines is under PGA Cars, Inc which is led by Robert Coiuto Jr who is also the CEO of the Coyiuto Group of Companies.

PGA Cars, Inc. was founded in line with the passion for performance of Porsche and Audi, two brands of which they are also the sole distributor here in the Philippines.

PGA Cars, Inc. is not only sells high end, high performance vehicles from the aforementioned brands but also they provide superior after-sales services. Their company also provides their in-house comprehensive finance and insurance packages along with their very reliable 24/7 Roadside Assistance Services as well as a tow truck service.

>>> Widen your search to Cars for sale from all brands