The first-generation Honda Pilot was introduced in 2002. It was powered by a 3.5-liter all-aluminum V6 engine that emits 240 horsepower with 328 Newton meters of torque. In 2005, it was replaced with a 255 horsepower J35A6 engine.

In the Philippines, the Honda Pilot was officially unveiled in February 2016. It was exhibited along with other Honda automobiles at the Shangri-La Mall in Mandaluyong. However, Honda Cars Philippines stop selling the Pilot a few years back. It shifted its focus in marketing the seven-seater Honda CR-V that goes up against the likes of the Toyota Fortuner, Nissan Terra, Ford Everest, among others.

The Honda Pilot measures 4,941mm long, 2,296mm wide, and 1,773mm tall. It flaunts a classy and sporty vibe detailed with notable features such as a pair of LED projector headlamps with auto on/off and auto-leveling features, fog lights, LED rear lights, a power tailgate, power-adjusting sunroof with anti-pinch function, power-adjusted side mirrors, silver-painted roof rails, chrome-colored front and rear bumpers, and an acoustic windshield. Complementing the premium look of the Honda Pilot is a set of 18 to 20-inch aluminum wheels.

The Honda Pilot is fitted with an eight-inch touchscreen display with an HDMI port, Bluetooth connectivity, and USB ports paired with seven speakers for entertainment.

The Honda Pilot is an all-wheel-drive SUV. All variants are powered by a 3.5-liter 24 valve SOHC i-VTEC V6 engine mated with either a six-speed or a nine-speed automatic transmission. It can produce 280 horsepower with 262 Newton meters of torque. What are the most common problems with Honda Pilot?

Some of the most common problems with Honda Pilot are fuel injector failure, electrical problems, excessive oil consumption and peeling paint.

Does Honda Pilot have 360 camera?

No, Honda Pilot doesn’t have 360 camera

What are the Dimensions of Honda Pilot?

Yes, the Honda Pilot is transmitted by 6 speed or 9 speed automatic transmission.

What is the body type of Honda Pilot?

Honda Pilot is a SUV car

Honda Cars Philippines, Inc. (HCPI) will conduct a Recall Preventive Measure Campaign for the 137 Honda Pilot units in the country.
There will be at least a new grille and redesigned taillights. What else? Click to learn more about possible updates of Honda Pilot 2019 on Philkotse.com. 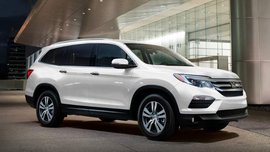 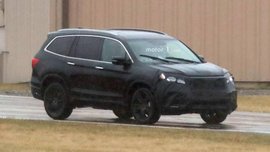 There will be at least a new grille and redesigned taillights.