Suzuki Auto Philippines (SAP) has finally unveiled the all-new Celerio small hatchback for the Philippine market. The third-generation model improves on the outgoing version with increased dimensions, more tech, and a new power unit lying under the hood. According to Maruti Suzuki of India, the all-new Celerio took three years to develop, riding on the fifth generation of Suzuki’s Heartect platform that places a greater emphasis on occupant safety.

Following its 2021 launch in the Indian market, the Celerio made its way to the Philippines in February 2022. This will likely be marketed as a more upscale alternative to the S-Presso, currently the most affordable four-wheel model in Suzuki’s lineup.

The latest Celerio stands 3,695mm long, 1,655mm wide, and 1,555mm high on a 2,435mm wheelbase. These figures are an upgrade in all respects compared to the previous iteration. The increased length especially offsets the added height, making the new Celerio less boxy looking compared to its predecessor. A new fascia features a radiant grille design with chrome trim, sitting between large halogen headlamps that appear to stare when viewed from the front. Meanwhile, a blacked-out full-length trim across the front bumper houses the fog lamps. Above the hood, the Celerio adopts a windshield design with no molding for a sleeker appearance.

Emphasized fenders on all four corners flank a subtle design element along the profile resembling the surface of water. Restyled combination rear lamps rest on either side of the tailgate, hovering above horizontal reflectors embedded within the rear bumper. The doors on the Celerio feature three-way stoppers to make ingress and egress in tight spaces easier. Exterior styling is completed by 15-inch alloy wheels rendered in a gunmetal finish. Even the ground clearance has been upgraded by 25mm, now measuring 170mm.

The increased exterior dimensions on the Celerio, along with the shorter front and rear overhangs, translate into a more spacious cabin that continues to accommodate five occupants on new fabric seats. Default capacity for cargo is 295 liters, expandable with the 60:40 split-fold rear bench, and there are multiple storage options within the passenger space for smaller items. The new Celerio trumps its predecessor in terms of interior space

An aggressive look dominates the dashboard with a design that flows outward to the A-pillars. A manual air-conditioning system uses rotary switches, blowing cool air through the redesigned center vent and cylindrical cannon-shaped grilles at the sides.

Similar to the S-Presso, the new Celerio has window and door lock switches located at the center console, contributing to the increased cabin space.

The upgraded steering wheel on the new Celerio comes with audio control switches, reducing the need to take hands away from the wheel when answering calls or playing music. A three-dimensional analog speedometer dominates the instrument panel, accompanied by a smaller digital display featuring a tachometer and other indicators. Onboard infotainment comes by way of a 6.2-inch touchscreen with Bluetooth, USB, and auxiliary input, a slight downgrade from the 7-inch screen on the Indian version that offers Apple CarPlay and Android Auto.

Dual front airbags, anti-lock brakes, electronic stability control, and hill-hold control lead the list of safety features on the new Celerio. Rear ultrasonic sensors detect obstacles while the car is being maneuvered in reverse, such as when backing into or out of a parking slot. While the new power unit makes marginally less power than the previous one, the former also offers an Engine Auto Stop Start (EASS) system. This stops the engine during extended idling situations to save fuel and help reduce exhaust emissions. Suzuki claims that the 2022 Celerio is a fuel-efficient car, able to achieve 28.25 km/l.

Spinning the front wheels is a choice of either a 5-speed manual transmission or the Auto Gear Shift (AGS) automated manual gearbox. 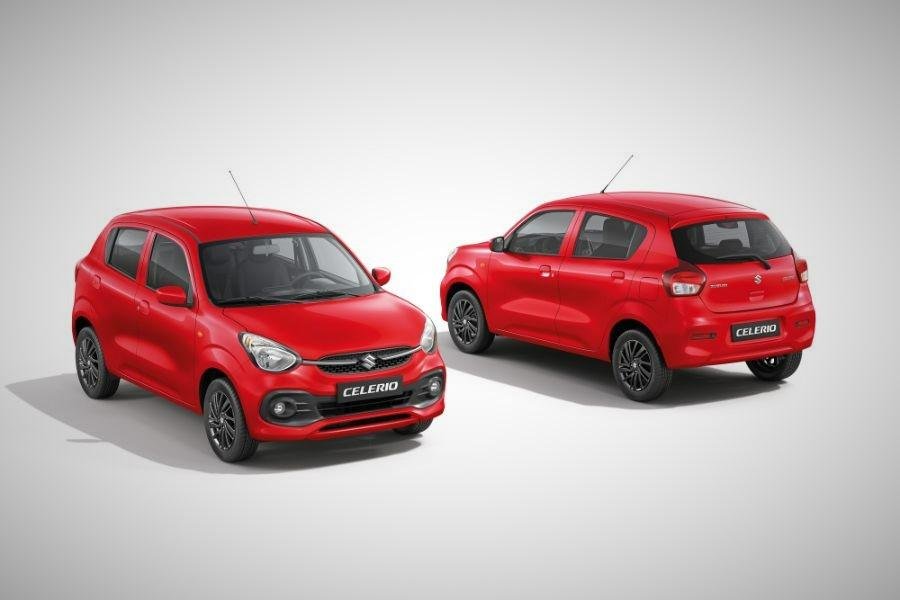 Interested customers can view the all-new Celerio at Suzuki dealerships

Curious about the latest local releases? We’ve got them covered at Philkotse.com.