Safety first! Fog lamps are what fundamental to your safe rides

Are fog lamps even really something that you should just neglect? We’ll be serving up everything you need to know about fog lamps. Keep reading to know more!

Fog lamps are usually discussed and explained by automotive experts. Is it maybe because they’re too trivial? Or are fog lamps even really something that you should just neglect? 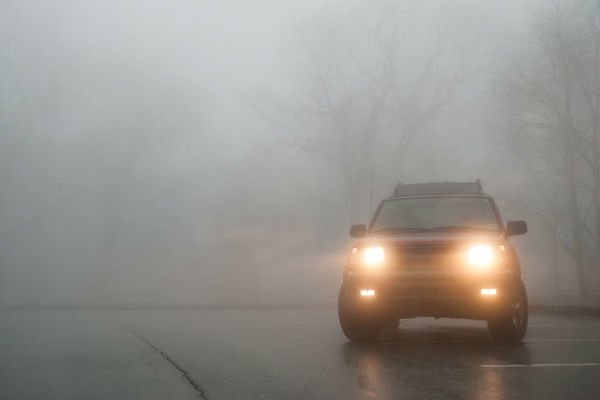 Fog lamps are usually discussed and explained by automotive experts

In this article, we’ll be serving up everything you need to know about fog lamps. Is the proper term fog lamps or fog lights? What are these supposed to be? Where can you find it in your car? When should you use it? What else is there that you should know about it? We got all the answers in this article from Philkotse.com:

The use of fog lamps was never a mandatory requirement under any rule. As a matter of fact, it is often a matter of argument. The question of when you can use fog lamps and how you can use them often stirs confusion. This is because they’re different from regularly used lights like your high and low beam.

Fog lamps only come in handy in particular scenarios that aren’t so common in the Philippines. These lamps are typically intended for use in harsh weather conditions. 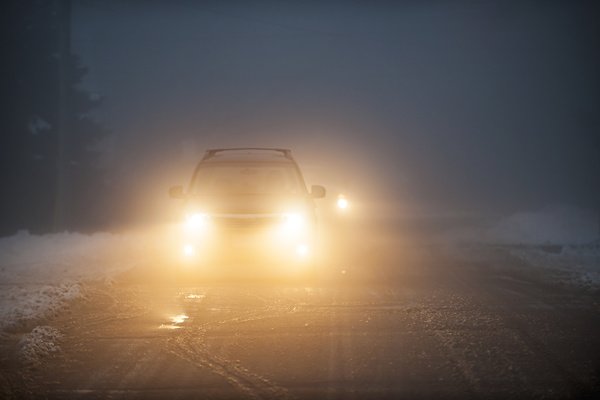 For example, if there is harsh rain, thick mist, or fog in the air, fog lamps will help make you more visible on the road. This will also come in handy if there is a thick accumulation of sand and dust in the air.

There is, however, an argument that is favorable to the use of fog lamps. Regular high beam headlights usually blind the approaching driver from the opposite direction. This can also blind a driver in front of you when he looks at his side-view mirrors.

If you’ve ever experienced this while on the road then you’ll know how annoying and dangerous this could be but thanks to fog lamps, this could be avoided. 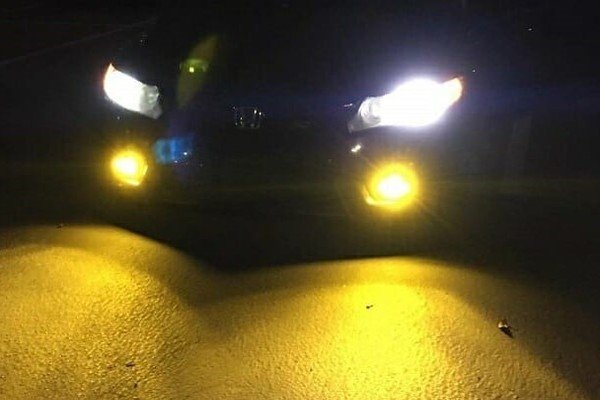 Another addition to the many confusions of the concept is the urban legend that fog lights are supposed to be yellow in color. This is further backed up by aftermarket manufacturers who use the same term to call the product they produce in yellow light.

It can also refer to auxiliary ones that mainly serve drivers when on off-road trips or to illuminating products that are mainly intended for foggy terrain.

>>> Also check: About your car lights and wipers

Both fog lamps and front fog lights are designed to disperse light with a bar-shaped stream of light. These beams have a typical design with a sharp cut at the top. The lights are installed lower. This makes sure they are aimed at the ground at a good angle. This prevents blinding the approaching vehicle or pedestrians.

This allows them to light up the road even if it’s still a few meters from the car. In terms of contrast, the fog light’s sharp angle only lights up the surface at the front of the vehicle. But apart from yellow, there are also white lights which are the more preferred version in the market. What makes a fog lamp is not the color of its lamp but is actually determined by the bar-shaped stream of light. It is also determined by the way that the beam of light you aimed.

3. What is this “Selective Yellow Light?”

The concept that lies behind the selective yellow light is that it produces fewer glares at night. This is because of the violet and blue wavelengths which are shorter compared to other colors.

This effect will be most noticeable in harsh weather and poor driving situations. It is on these occasions that blue light creates a glare effect upon reflecting off rain.

Selective lighting has less tendency to produce glare at night. This glare is dangerous and doubles the harm when the weather is bad. This is why some manufacturers innovate their vehicles with selective yellow light. 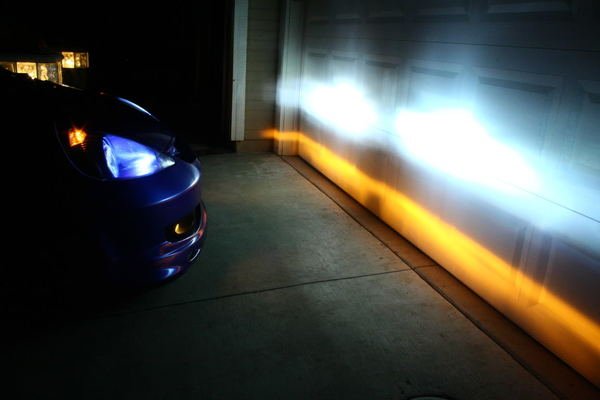 Selective lighting has less tendency to produce glare at night

The same concept is used in fog lamps, This is where the misconception about fog lamps started. But if you plan to filter out the blue light off your lamp, there won’t be any dragging consequences. In fact, filtering has little effect on the lamp’s total light output.

4. When should I use my fog lights?

The most suitable situations where fog lights can be useful if there are harsh weather conditions. If you happen to drive under a storm or extreme downpour, using fog lamps will make you more visible on the road.