7 things to keep in mind to drive safely in fog

We will provide you with some of the best ways to stay safe while driving in foggy conditions.

The Philippines is a country that has a balance of hot and cold weather, and foggy conditions are not really common except during rainy season as well as for the colder places in the country like Baguio, Benguet, and other parts of Cordillera as well as Tagaytay.

That being said, the occurrence of fog is becoming more unpredictable due to climate change, so it is important for you to learn how to stay safe when you drive in fog whether you live in the cold or hot part of the country.

Fog is actually a type of cloud that is at the ground level and is made of atmospherically suspended water droplets, causing reduced visibility below one kilometer. As such, drivers will not see the road clearly while they are driving, causing possible road accidents.

To ensure your safety, Philkotse.com has collected and discussed some of the best ways on how to drive safely while there is fog. 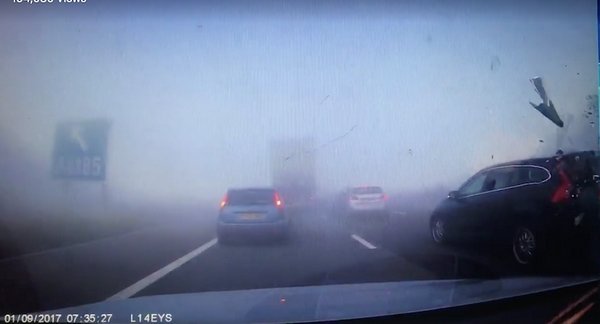 Fog is one of the causes of road accidents

The most common mistake of drivers when they encounter a fog is to switch on their headlights to a high beam level because of the belief that they can be seen easier when they do such. However, since fog has water droplets, the light will just be reflected and make the fog denser, causing more danger for you and other drivers.

The best way to do is to use the low beam setting of your headlight. Then, once the fog starts to diminish and become a mist, you should shift to high beam.

Apart from the headlight, some vehicles are also equipped with fog lamps. They are usually the lights that you would find on the lowest part of your car’s bumper. As the name implies, you must switch them on when you drive in fog so that your fellow drivers can see you.

When it becomes foggy, driving would be a little scarier especially since it gets darker and you couldn’t see anything, and if you are a fan of horror movies, the experience will be much scarier! That is the reason why most drivers tend to speed up just so they reach the area wherein there is less or no more fog.

Of course, that would be a very dangerous move. Experts say that you should drive too slow since, obviously, there is zero or low visibility. You won’t be able to see incoming cars on both sides as well as any road obstacles.

Staying close to the car you are following when driving in fog is one of the common mistakes that drivers make when driving. Likewise, they feel safer when they can still see a car in front of them. According to experts though, it is best to double your distance from the car in front of you. This will prevent any car pile-ups in case an accident happens. You don’t wanna be part or a cause of that right? 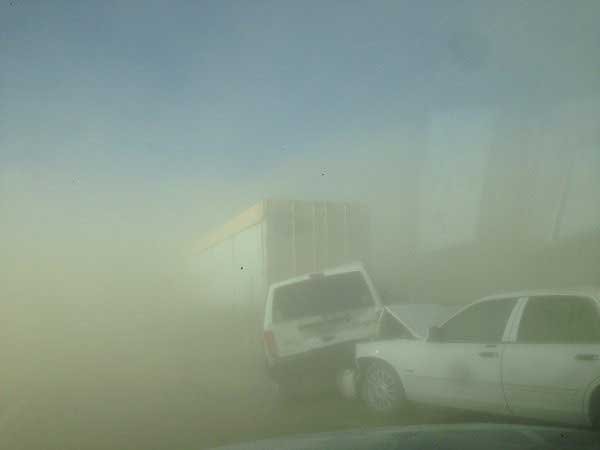 As we have mentioned earlier, fog is composed of water droplets; hence, it will cause increased humidity inside and outside of your vehicle. In this situation, your car windows might collect moist, which will further make it hard for you to see the road clearly.

The best thing to do is turn your car’s AC system on to balance out the humidity level. On another note, the water from the fog might start dripping on your windshield, so make sure that your wipers are functioning even at its lowest level.

When you drive in fog, the best tactic is to stay observant and focused. In that, we mean that you must turn off your radio and stop talking with your passenger. It is also best to keep one window open so that you can hear what is going on outside, but for your safety, the window should not be opened fully.

Additionally, the road lines are your best friend during this situation. Use those lines as a guide since they are usually quite visible. Nonetheless, you still have to keep your eyes moving from the lines to the white lights of oncoming cars and red lights of those in front of you, and vice versa. 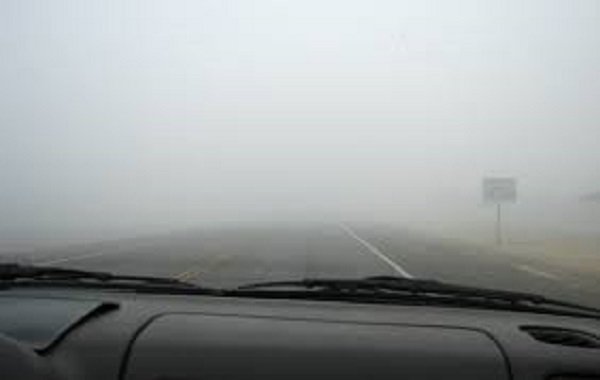 The road lines can guide you during foggy conditions

Most of the time, the amount of fog that you will encounter on the road will be from light to dense. That is why you must expect that you would drive into a dense fog. At this point, visibility is at its lowest and you’re instinct will tell you to hit your brakes. Don’t!

Remember, there are cars behind you and suddenly stopping in the middle of the road might put you in a situation wherein the car next to you might hit you, and there would be a domino effect. So, just slow down a bit.

7. Your safety is of utmost important

Driving in foggy conditions is one of the most challenging situations that a driver would be into because his or her visibility would be affected. Reaching your destination though is not possible as long as you follow the tips this Philkotse post provided.

As a last tip, when you think you cannot drive through the fog, look for a hotel, parking lot, or any facilities wherein you can safely park and stay for a while, especially when the fog is too dense. The good thing though is that fog usually do not last longer than a few hours, so you just have to wait for it to mellow down.