2021 Hyundai Kona: Expectations and what we know so far

The front fascia gets huge updates.

The Hyundai Kona was first revealed in 2017 as a five-door subcompact crossover. It comes with sleek styling seen on the front and rear ends. The subcompact crossover first debuted in the country at the 2018 Manila International Auto Show and was made available a month after.

Thanks to its sleek styling, the Kona didn’t have a hard time finding its place in the local market. The Kona is a good entry by Hyundai to the local subcompact crossover segment as the segment is continuously being added with stylish vehicles such as the Kia Seltos and Geely Coolray.

Since the Kona is three years old already, it is due for a facelift. And yes, the facelifted version was already released in other markets and we are expecting to be launched in the country by Hyundai Philippines next year.

With all that in mind, let’s take a look at the new Hyundai Kona facelift and see what it can offer in the local market once released.

The major changes can be seen in the exterior features of the Hyundai Kona. It received a new front design that made the Kona look sleeker than the outgoing model. The large Hyundai logo is moved to the hood which made the new grille look cleaner. Adding to the Kona’s sleek styling is sharper and sleeker daytime running lights (DRLs). The DRLs are also used as the Kona’s turn signal lights which we think are a great feature to maximize the front fascia. The black claddings from the wheels arches are also now extended to the front bumper.

One of the best updates the 2021 Kona got is the redesigned headlamps that sport a three-lamps design. The two from the far end and middle are used as the primary headlights, while the third lamp functions as the high beam.

Going to the side, no major changes have been done. The 2021 Hyundai Kona still gets blacked-out A-pillars and a roof that blends well with the body claddings. It also retains the claddings around the wheel arches and the side skirts. The new wheel design sure makes the Kona looks sharper

The two noticeable changes on the facelift are the character lines that have now more depth as compared to the outgoing model and the redesigned wheels that replace the current five-spoke design. Both these changes add to the overall sleek design of the Kona.

As for the rear end, the 2021 Kona comes with a redesigned lamp design and bumper. The boxy housing from the outgoing model is replaced with a sleeker design with sharper shapes. Just like the headlamps, the turn signals sport a three-lamp design, while the backup lamps appear to be larger.

The design on the rear end looks to be more dynamic and free, while the outgoing model seems to enclose certain features. Overall, it seems like Hyundai wants the Kona to come with sharper design details from the front to the back.

Inside, no noticeable changes have been made. The interior of the Kona still comes with hard plastics with few soft materials. Of course, these materials are used for cost-cutting measures. The Hyundai Kona is still targeted to be sold as an affordable vehicle. The interior comes with a more modern driving feel

No changes have been made as well for the dashboard layout. However, Hyundai seems to focus more on the overall ride comfort of the Kona as it gets a new suspension and steering tuning. These features further improve the comfort a crossover offers due to its unibody chassis configurations.

The 2021 Hyundai Kona is offered with various engine options in its homeland, in South Korea. The first engine option is the new 1.6-liter turbocharged engine that is capable of generating 193 hp and 265 Nm of torque mated to a 7-speed dual-clutch transmission. 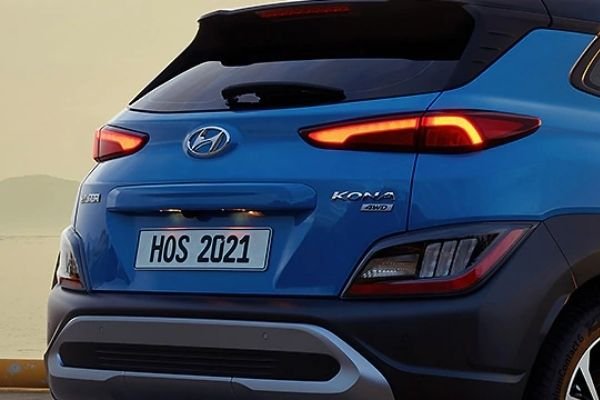 Both the front and rear look sleek

As of this writing, Hyundai Philippines has yet to announce the launch date of the 2021 Kona. However, the 1.6-liter diesel engine is unlikely to be introduced here in the local market. The 2021 PH-spec could carry over the current 2.0-liter engine or be replaced with the said gasoline engines available in Korea. 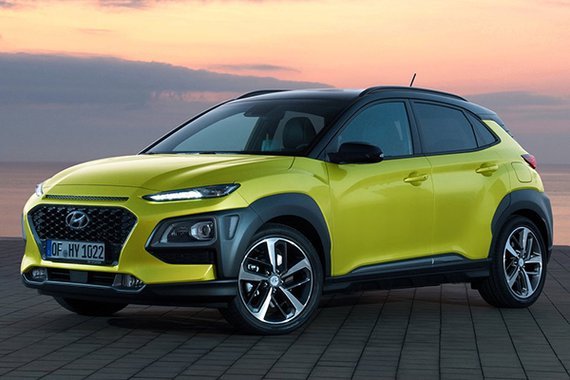 The current Hyundai Kona offered in the Philippines 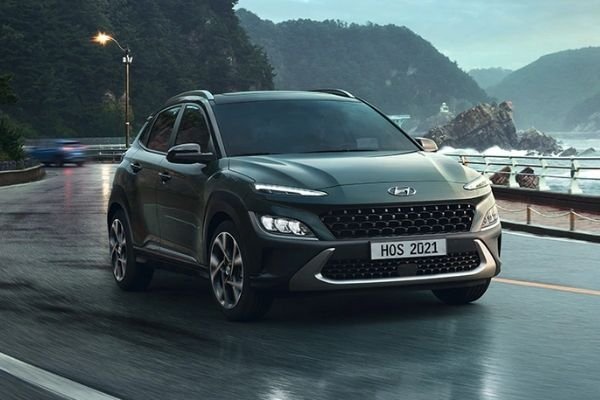 It's exciting to see the new Kona on Philippine roads

However, Hyundai Philippines hasn’t released any word regarding the plans for the 2021 model of the Kona subcompact crossover. But we can expect the Hyundai Kona facelift to be launched in the country next year.

Most facelifts get a price increase due to the enhanced or added features. As for the Kona facelift, the subcompact crossover comes with a redesigned body from the front to the back, a new infotainment screen, a digital instrument cluster, and more.

The current PH-spec Kona is offered by Hyundai Philippines at Php 1,188,000. The expected price increase is expected to be not too high subcompact crossovers in the country are generally meant to be affordable. A hefty price increase would throw the Kona off its competition.