2021 Nissan Juke: Expectations and what we know so far

The second-gen Juke is expected to arrive this year.

However, it seems like the Nissan Kicks won’t be arriving in the local market after the New Car Assessment Program for Southeast Asian Countries (ASEAN NCAP) listed the model as Not Sold (NS) for the Philippine market.

The next generation Nissan Juke is here - Nissan UK

As of this writing, Nissan Philippines hasn’t released any statement regarding its plans for the local subcompact crossover segment. So for now, let’s take a look at the changes Nissan incorporated in the second-generation Juke and see how it will rival other subcompact crossovers in the local market. The quirky-looking park lamps and turning signal lights on top of the hood of the outgoing model are now removed. Instead, those lighting systems are now incorporated on the nose of the 2021 Nissan Juke in a sleeker manner.

The headlights, however, still come with a round design. But for the second-generation, it is now replaced with LED lights with a three-spoke shape. Overall, the front fascia of the new Juke looks sleeker than the outgoing model that comes with odd and ambitious designs. The new Nissan Juke also comes with a new platform which is now larger and more rigid. The new platform offers better stability and performance. Despite coming with a larger platform, the new Juke still is lighter than the outgoing model by around 23 kilograms.

Inside, the new Nissan Juke comes with a new dashboard layout that looks simpler yet better. The new dashboard comes with fabric on some areas and it houses the new floating infotainment screen which we will talk more about in a minute. A roomier interior for the new model

The center console now looks cleaner thanks to smaller and reduced dial gauges and knobs for the controls. There are now three A/C vents placed together in the center as compared to the outgoing model that has two on each side of the infotainment screen.

Without a doubt, the interior of the new Juke is much improved by Nissan. Moreover, the new and larger platform of the second-generation model also provides increased second-row legroom by 2.3 inches and cargo by 20 percent. 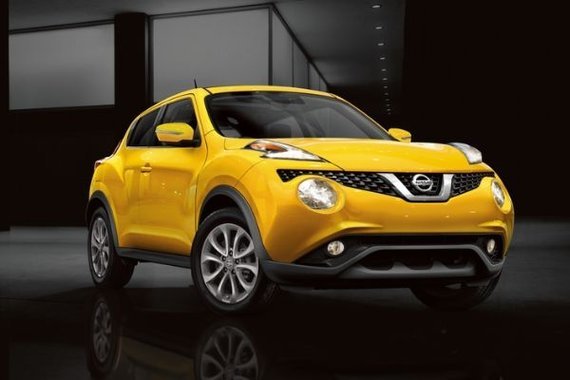 One can expect that Nissan could soon introduce a more powerful Juke model with a Nismo badge on it. Although it is still unconfirmed, it’s important to note that the first-generation got a Nismo version that comes with exclusive body kits and an upgraded engine.

>>> Related: Nissan Juke and Subaru XV, which is better for you?

The instrument cluster is now larger as well which comes with a multimedia display in the center that can be used to show different information such as the mileage, speed, and driver assistance system. With that being said, Nissan did an excellent job in improving the bland looking tech features from the outgoing model.

With the unlikely entry of the Nissan Kicks in the country, we are expecting the second-generation Nissan Juke to arrive instead. The significant updates on the second-generation Juke can help the model compete at a high level against other subcompact crossovers such as the Kia Seltos and Geely Coolray. Moreover, the popularity of the Nissan Juke in the country is apparent thanks to its quirky-looking exterior styling and outstanding marketing. One can expect that the new Nissan Juke will further expand its nameplate in the local market if it will be successfully brought in by Nissan Philippines this year.

Due to the new and added features such as a larger infotainment screen, the new Nissan Juke is highly expected to come with a price bump. For reference, the Juke is offered by Nissan Philippines at Php 1,021,000, while the Nismo Edition is offered at Php 1,239,000.