Hyundai teases us with a new sharper looking Kona

After Hyundai Kona’s global debut in 2017, there’s little doubt that it became a success. It looked radically different than anything the Korean carmaker made before while offering a lot in terms of practicality. In 2019, the Hyundai Kona even saw a whopping 231 percent up in sales here in the Philippines. As such, it can be said that it is one of the hottest selling Hyundai models available right now.

Now, Hyundai has shared a sneak peek into what the next Kona will look like. There are scant details as of now with only a few pictures released, with more to come in the coming weeks. 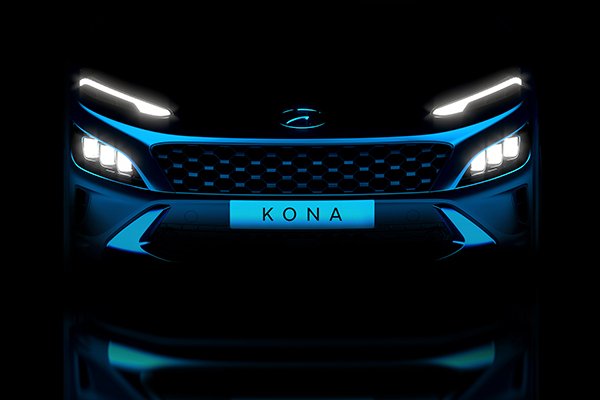 The lights on the side looks like the gills of a shark. Cool

Based on the teaser image, we can see that the new Hyundai Kona will come with a sleeker look overall. Its shark-inspired nose is definitely much sharper, and it also gets a significantly wider stance as well. It also sports a pair of new daytime running lamps (DRL) which provide the more aggressive-looking Kona a dose of sophistication. Down below, it also gets a more angular looking bumper and a skid plate although the latter is not visible in the released pictures. 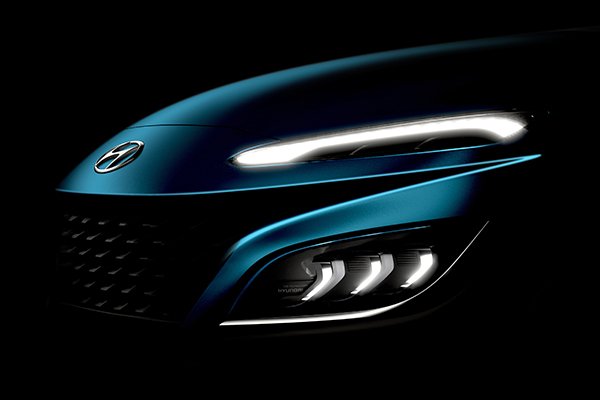 For now, only the front portion of the new Kona has been revealed

Another notable change with this new Kona is that it will be the first time that the model is getting an N Line version. It will feature a more aggressive front bumper with corner fins, and more aerodynamic design with the air-intakes positioned lower than the regular Kona. 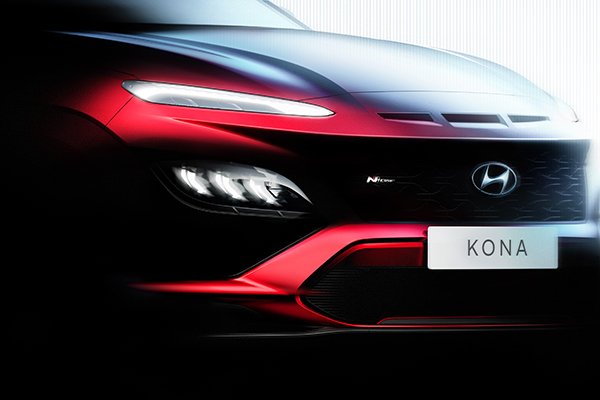 The Kona N-Line goes further with the futuristic shark aesthetic

Hyundai is yet to release details about the new Kona’s powertrain and interior. If we had to guess with regards to the engines, it could still be powered by the same ones including the 2.0-liter Atkinson Cycle inline-4 gasoline engine in the current Philippine-spec Kona.