2021 MG ZS: Expectations and what we know so far

There is a facelift in Thailand and we think it might arrive in the local market soon.

Morris Garage (MG) Motors is a British-bred car brand that is now owned by automotive company giant SAIC Motor Corporation. It is getting a lot of traction in the country lately thanks to its entry to the local subcompact crossover segment, the MG ZS.

With its growing popularity in the local market, we think that it is just fair for MG to give the ZS updates. Fortunately, MG in Thailand already has a facelifted version that was launched at the Bangkok International Motor Show (BIMS) this year.

Since MG Philippines hasn’t released any statement regarding the plans for the upcoming 2021 MG ZS, let’s first take a look at the refreshed Thai-spec MG ZS and see what are the changes made on the subcompact crossover.

Looking at the front, if you have seen an MG ZS before, then you would notice a slight update on the grille. The pattern is pretty much the same. However, the grille now appears to be larger and the chrome trims are now blacked-out. This update creates a sleeker and a bit sportier appeal.

The front lower bumper appears to be larger as well finished in black. Another noticeable change is the new fog lights that were scaled down so that the larger dimensions of the new housings should appear bigger. 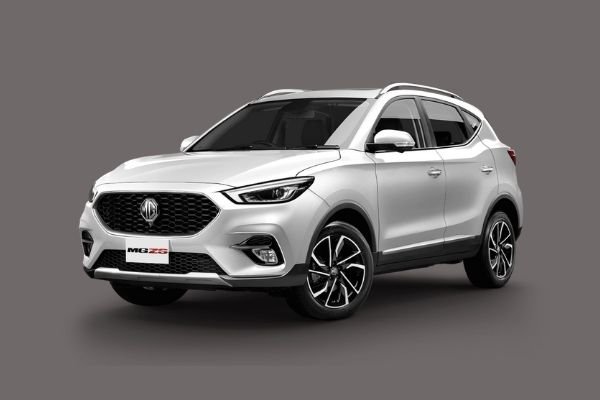 The headlights come with a new design and are now slightly distanced from the front grille. With the new headlight design, the new shape of it is maximized and creates a sleek look as well. Overall, the front fascia is updated to appear sleeker and sportier.

If we look to the side of the 2021 MG ZS, no significant changes have been made except for the new 17-inch alloy wheels. The newly-added wheels helped the MG ZS to refrain from having a bland side profile. A small change yet adds to the overall new aesthetics of the subcompact crossover. The twin exhausts are a good addition

The updates on the rear are really interesting. Let’s start with the most noticeable pieces, the twin exhaust. With these now in place, it is safe to say that MG wants to make the ZS look sportier. The new twin exhaust is complemented by a new chrome trim located on the bottom of the ZS’ fifth door.

The interior is largely a carryover except for the new two-tone interior finish. MG made huge updates on the MG ZS’ technology features which we will talk about in a minute. This means that the 2021 MG ZS will still have interior features such as a panoramic sunroof, leather-wrapped flat-bottom steering wheel, and the same dashboard layout. 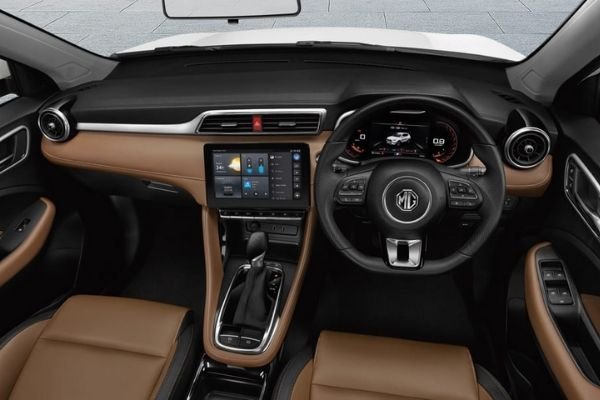 Nonetheless, we still think that the interior of the MG ZS can still compete at a high level despite having no significant changes. If somehow the new two-tone interior layout is made available for the 2021 PH-spec MG ZS, then we think that is all the interior update it needs to make it at least noteworthy.

This could be good news or bad news for you. But the engine of the outgoing model is carried over to the facelift version. With that in mind, the 2021 Thai-spec MG ZS is still powered by the same 1.5-liter 4-cylinder gasoline engine capable of making 118 hp and 150 Nm of torque. The transmission option, however, got a huge update. The 4-speed automatic transmission is now discontinued and is replaced with a continuously variable transmission (CVT) with an 8-speed manual mode. Since the MG ZS competes in the subcompact crossover, the CVT will help the ZS improve its reputation further as the new transmission provides a better fuel efficiency rating.

As said earlier, there are huge updates made on the 2021 MG ZS’ technology features. We’ll start off with the new and larger 10-inch infotainment screen that now supports both Apple CarPlay and Android Auto. The best feature about the infotainment screen is the I-Smart Intelligent System that can help users control the system with ease. The 2021 MG ZS also got a new 7-inch digital instrument cluster that displays the necessary information in a more innovative fashion. Both the new systems for 2021 will create a more immersive driving experience for owners.

One of the toughest competitions of the MG ZS locally is the Geely Coolray. The Coolray subcompact crossover comes with good exterior styling and a handful of functionalities inside. With the new updates seen in Thailand, we think that it is enough for the MG ZS to keep up to speed. There is a good chance that the 2021 Thai-spec MG ZS facelift will be introduced locally as most updates seen in Thailand are introduced in the country sometime after. This means that it could only be a matter of time before we see the new 2021 ZS in local MG dealerships.

The 2021 MG ZS got huge updates on the technology features such as the new 10-inch infotainment screen and 7-inch digital instrument cluster. With that being said, it is not a surprise if MG Philippines decides to increase the price of the PH-spec MG ZS for sale.

However, we can expect that the price bump won’t be as large as the MG ZS uses its affordability as one of its selling points. The current 2020 MG ZS comes with a price tag of Php 818,888 for the base Style variant and goes up to Php 998,888 for the top-of-the-line Alpha variant.