The sporty sedan will get sportier, but when?

When it comes to sporty sedans, many would agree that the Honda Civic sedan rules this segment in the country. The Honda Civic has built quite a reputation for car enthusiasts all around the world since the 90s that would make it hard for the Civic to be replaced in its place.

MG Philippines, however, has a relatively new competitor that can go head to head with the Honda Civic. And this sedan is called the MG 6. The MG 6 is a sporty executive sedan that was first launched in the country in 2018.

The MG Philippines’ entry to the competitive compact sedan segment comes with sporty European details from the front to the back and is designed with a good interior. With that in mind, the MG 6 is expected to be known better in the local market just like its subcompact sibling, the MG ZS.

Since the current second-generation is already around four years old, MG has officially launched a facelift version of the MG 6 abroad. However, the new changes of the new model arriving in the local lineup are little to none. This means that we can expect the 2021 PH-spec MG 6 will largely be a carryover from the current model.

MG Philippines hasn’t released any official statements regarding its plans for the PH-spec MG 6 for 2021. So for now, let’s take a look at the new features the 2021 MG 6 possess and see what we can expect for the sedan for the years to come.

The most noticeable update on the second-generation facelift can be seen on the front fascia, the grille design to be more specific. The new blacked-out grille design appears to be larger and comes with wavy slats as compared to the current version which sports a honeycomb design.

The headlights are also redesigned to make it look sleeker. This type of design seems to be more common these days as it is an effective way to make a car look sportier, which is the model’s primary design objective from the get-go. 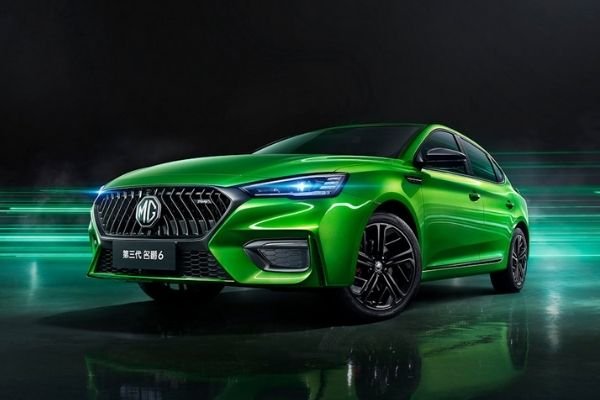 As for the sides, no significant changes are made. Although, the new MG 6 gets more emphasized character lines that help the model look sportier and more aggressive. The 2021 MG 6 gets new blacked-out 18-inch alloy wheels.

Going to the rear end of the new MG 6, it comes with a spoiler or wing that, once again, makes the model look sportier. However, it is said that the new spoiler or wing is only available on the top-spec Trophy variant.

Another redesigned feature is the rear taillights which now appear to be larger. The three LED strips now run on the ends of the taillight housing. This emphasizes the LED lights better that creates a less bland appearance.

Inside, no significant changes are done by MG. However, the new MG 6 does get a slightly revised center console layout to integrate smoothly the new infotainment screen which we will get into in a minute. 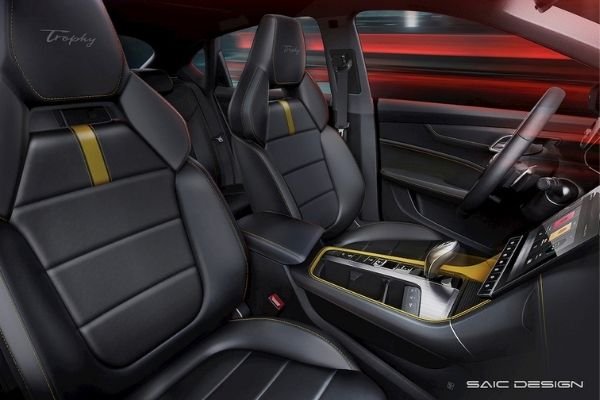 The top-spec MG 6 Trophy variant gets a sportier interior

As for the top-spec MG 6 Trophy variant, it gets exclusive features that create a sportier driving experience inside. These include yellow accents which can be found on the dashboard, center console, and variant-exclusive sport bucket seats.

>>> Related: Here is how MG cars are created in its Advanced London Design Studio 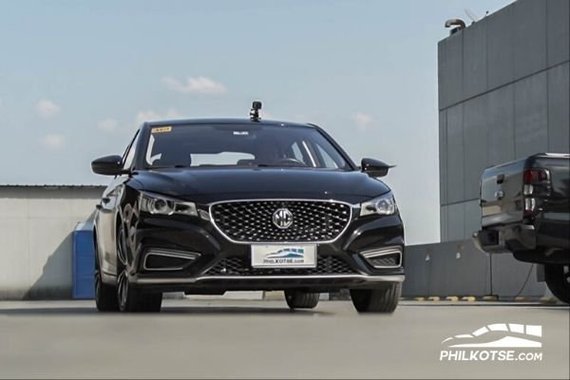 The higher power outputs are achieved thanks to its high-pressure direct-injection system and electronically controlled water pump. The new engine also gets an updated 7-speed dual-clutch transmission that offers better efficiency.

According to MG, the MG 6 is designed with a “sport digitalized” interior. This further improves the technologies of the MG 6 to create a sportier appeal. One of the most notable updates for the tech features is the new 10-inch infotainment screen that comes with a floating design. 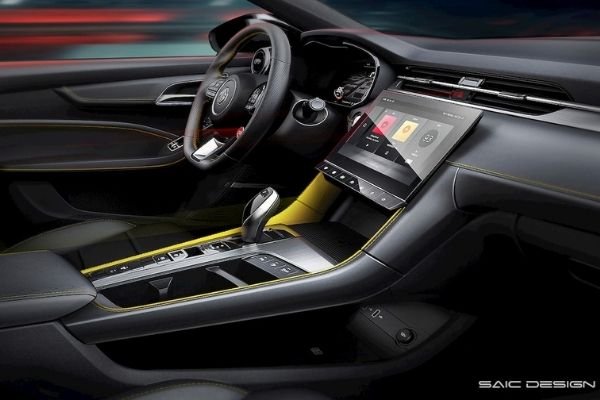 The new infotainment screen replaces the smaller 8-inch infotainment screen offered in the local market. To make the driving experience look more immersive, the semi-digital instrument cluster from the outgoing model is updated to a fully digital display.

Both the new infotainment screen and new instrument cluster come with sporty information displays highlighted in orange. The “sport digitalized” design language is complemented by new safety features via the MG Pilot 2.0 such as the addition of seven radars and six cameras, adaptive cruise control, lane departure warning, lane keep assist, and more.

With all that being said, it is clear that MG wants to make the MG 6 sportier than ever. From the new design seen on the front to the back, to the new small details on the overall functionality that creates a sportier driving experience. 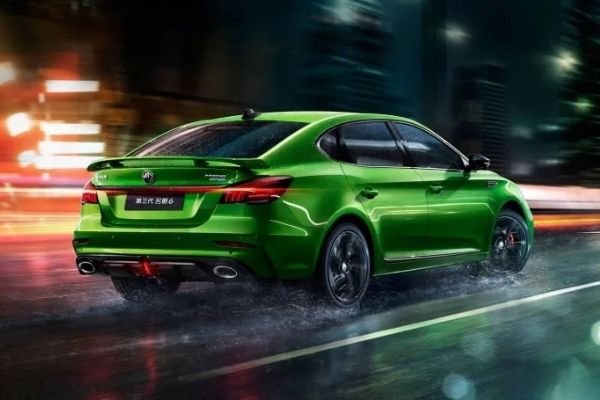 Look at that rear design

The new 2021 MG 6 sure is a strong competitor in the local sporty sedan segment thanks to the updated features. But just like what was said earlier, the upcoming 2021 PH-spec MG 6 is expected to be a carryover to the current model MG Philippines is offering.

One of the best advantages of owning an MG vehicle is its affordability despite having various features as compared to competitors. This means that we can expect the upcoming 2021 MG 6 to stay within its current price range if the second-generation facelift is introduced by MG Philippines.

If MG Philippines has managed to bring in the new and sportier second-generation MG 6 facelift, then we can expect a price increase since most facelifts generally do come with price bumps. However, the price increase shouldn’t be hefty so the MG 6 can keep its affordability factor in place.

The MG 6 is a 5-seater compact sedan that is designed to exude a sporty nature. It is available in the Philippines in two variants with a price that ranges from Php 1,068,888 to Php 1,188,888. Powering this vehicle is a 1.5-liter DOHC turbocharged engine capable of generating 164 horsepower and 250 Nm of torque. As standard, the engine is paired with a 7-speed TCT dual-clutch transmission (DCT).

When it comes to the dimensions, the MG 6 spans 4,695 mm in length, 1,848 mm in width, and 1,462 mm in height, with a wheelbase rated at 2,750 mm. In the local market, this British-bred compact sedan is competing against the likes of the Honda Civic, Toyota Corolla Altis, and Kia Forte.