Please note that these are prices listed in some showrooms and should serve as reference only. For more accurate pricing information, please refer to the Ford Ranger Raptor for sale section.

I. Ford Ranger Raptor Price in the Philippines - 2020

Introduced initially in Thailand back in 2018, the Ranger Raptor is similar to the F-150 Raptor in the sense that it’s a more powerful, off-road-oriented variant of their respective models. Here's the Ford Ranger Raptor doing what it does best

The Ranger Raptor is also noteworthy for debuting along with Ford’s 2.0-liter bi-turbo Ecoblue diesel which is rated to make around 210 horsepower and 500 Nm of torque. The said engine is now found currently available on the Everest Bi-turbo and the Ranger Wildtrak Bi-turbo. 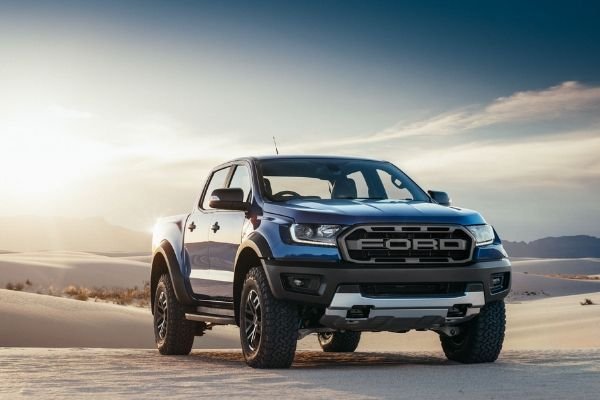 It's essentially a Ranger but the Rapture sure is macho. Very macho

The piece de resistance when it comes to the Raptor is its suspension which for both the front and rear features Fox Racing Shox with Internal Bypass Dampers which provides 30% more wheel travel compared to the vanilla Ranger and even the Wildtrak Ranger. And yes, the Ranger comes with a locking differential.

Inside, the Ford Ranger Raptor 2020 comes with all the bells and whistles one expects from a modern car and more. The driver and the front passenger get a pair of electronically adjustable sports seats, an 8-inch TFT touch screen multi-function display, navigation, a six-piece sound system, and more. Like the Ranger, the Ranger Raptor's interior is well arranged and feature-rich 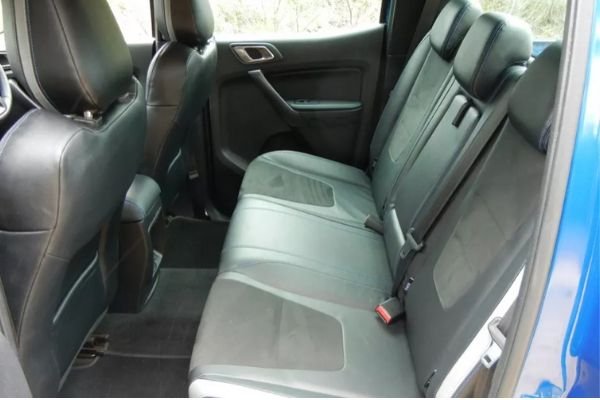 With regards to its exterior styling, the Ranger Raptor is given a meaner masculine look compared to the regular old Ranger. That’s on top of being physically larger than the latter. And thanks to its suspension system, it does ride significantly higher which adds to its intimidation factor.

III. Why would you want to buy a 2020 Ford Ranger Raptor?

If you’ve already viewed the Ford Ranger Raptor’s spec-sheet below, then you might notice the sentence-long description of its suspension set-up. It’s meant for allowing the Raptor to do sick jumps, go fast on rough terrain, and remain stable on sand, gravel, mud, and even on paved roads. In short, it’s a sport suspension and those aren’t MEANT for carrying heavy loads.

So if you’re buying a Raptor thinking that it can do double duty as fun but the practical vehicle, then you’d be dead wrong and that will only result in messing up your expensive Fox shocks.  If you’re after a powerful truck that can actually tow and carry up to a ton, then you’re better off with a Bi-turbo Wildtrak. This is what the Raptor is meant to do

Apart from that, the Ranger Raptor’s interior is very premium and it has an abundance of comfort features. Note though that its size might be an obstacle for some to reliably drive it in the city, especially in Metro Manila. This is especially true with beginner drivers.

>>> Visit the nearest Ford dealerships to get the latest promos

Currently, Ford is the second-largest American automaker and is the fifth-largest in the world. In 2018, they also made it as the eleventh overall American company in the Fortune 500 list.

Here in the Philippines, Ford vehicles are distributed by Ford Group Philippines. They were established back in the year 2000 and since then they are responsible for marketing and selling Ford models. They also handle the brand's after-sales services. Aside from Ford, you can also browse on Philkotse.com thousands of daily-updated car listings for a wide variety of other car brands. To avail the latest car promotions offered by all car dealerships available in the Philippines please refer to our Cars for sale section.