Note however that these prices that we’ve listed on our website might be subject to change and therefore should be used for your reference only. For more accurate prices, please refer to our Mitsubishi Strada for sale section.

I. Mitsubishi Strada price in the Philippines - 2020

Pick-up trucks are really popular here in the Philippines, fulfilling a myriad of roles for people from all walks of life. While they still fulfill their primary roles as robust workhorses for business, they are steadily becoming known for being lifestyle vehicles as well.

The market has been dominated by the Toyota Hilux for quite some time now, yet the Mitsubishi Strada has proven to be a worthy rival. Mitsubishi's truck also has a slew of new features thanks to its update just this year.

Upfront, it now sports the “Dynamic Shield” fascia like the one found on its SUV derivative, the Montero Sport. The rear taillights have also been given a refresh, adopting a more angular and masculine outline. The Strada is still al looker, even after getting down and dirty on the trails

Towards the sides, the Mitsubishi Strada 2020 now wears wheels with a simpler six-spoke design, echoing the alloys worn by the 2018 version.

Inside, the Strada comes standard with a navigation ready touchscreen. The top-spec GT trim is also equipped with plenty of convenience and comfort features like cruise control, leather upholstery, dual-zone automatic climate control and an engine start button. 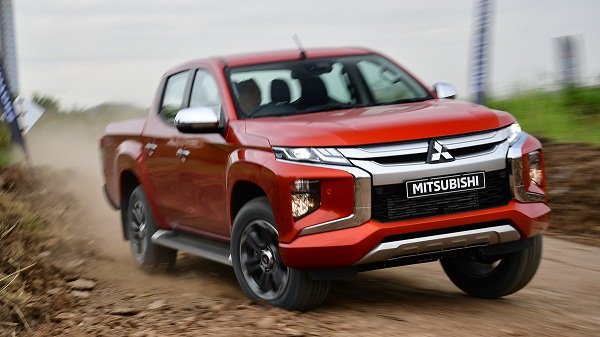 Note the position of the DRLs. Resembles the pair on the Xpander, doesn't it?

As for features relating to its ability to handle rough terrain, that’s handled by the legendary Mitsubishi Super Select 4WD II system, now made even more convenient as an electronic dial. A simple turn of the knob transforms the Strada from a street cruiser into a formidable offroad machine that's eager to hit the trail. Settings include:

The Strada even features additional off-road driving mode settings that optimize engine output, transmission settings and brakes for tackling a variety of surfaces such as gravel, mud, sand, and rock crawling.

Under the hood, the Strada is powered by a 4N15 2.4L MIVEC inline-4 Clean Diesel turbocharged mill that produces 179 horsepower and 430 Nm, coming out as early as 2,500 RPM. Choose between a six-speed manual transmission for total control over your shifts and a new six-speed automatic with Sport mode that balances fuel economy with a spirited performance. 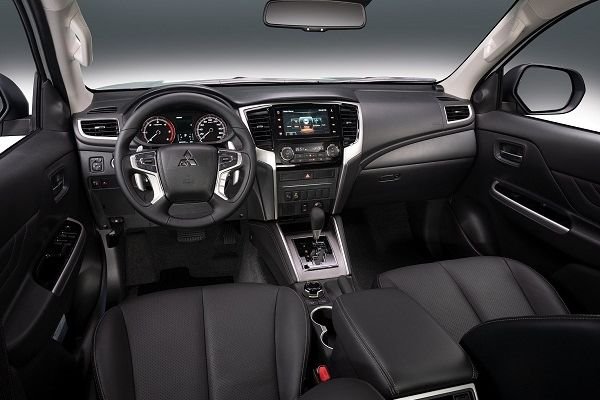 Like most modern pickups, the Strada features an upscale and well-sculpted cabin

The 2020 Mitsubishi Strada is also well-equipped when it comes to safety. The most recent update has given it a total of seven airbags, alongside the standard antilock brakes with electronic brakeforce distribution, stability control, and traction control.

Meanwhile, the cream of the crop on the GT variant's safety equipment is its array of driver-assist features, such as the radar-based automatic emergency braking system and a blind-spot warning system. 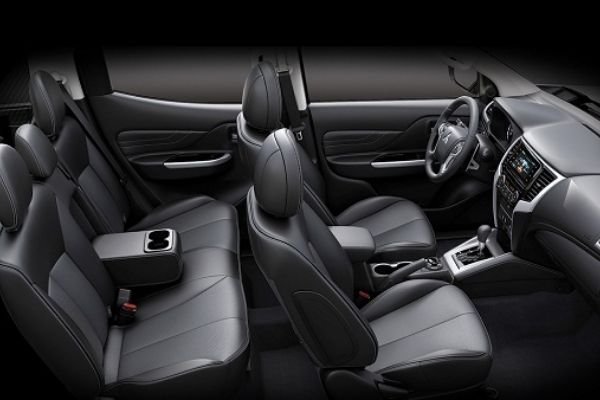 Up to five occupants can travel in comfort aboard the Strada

If you want to buy Mitsubishi cars or other vehicles for yourself, check out our cars for sale section.

III. Why would you want to buy a 2020 Mitsubishi Strada Philippines?

Pickup trucks these days are no longer limited to just field duty on farms or construction sites, and the Strada is no exception. Its cockpit provides comfortable quarters for passengers to travel in style.

Yet, the new Strada is still as capable as its predecessors when it comes to having fun off the beaten path, be it in mud, rocks or sand. And yes, we really like what Mitsubishi did with its styling; thoroughly modern and sleek but still exudes ruggedness and capability.

However, while the current Strada is a good truck overall, the front parking sensors feel like an afterthought, being located right next to the headlights; we feel that placing them lower on the front bumper will make them more effective in detecting low-lying obstacles within the driver's blind spot. For the interior, the rear vents could be more efficient in cooling down the cabin. 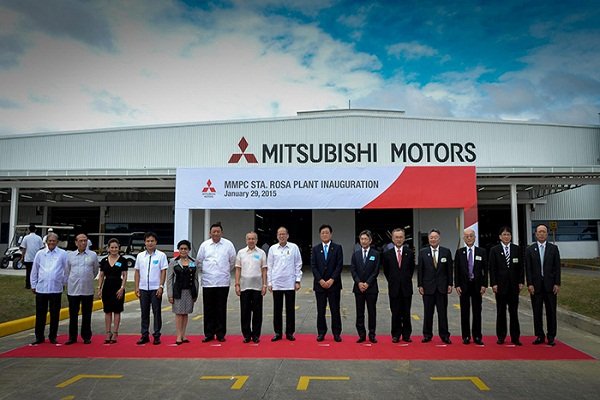