The Hyundai Tucson was initially introduced way back in 2004. For this particular version, it shared a platform with the Hyundai Elantra sedan. Later onwards in 2009, the 2nd-generation model made its debut. The third-generation model in turn, was launched in 2015 at the Geneva Motor Show.

In 2020, Hyundai updated the Tucson into it's fourth-generation. This new version now uses a new platform, a new set of engines, and a drastically different exterior design.

The fourth-generation Tucson is a compact crossover SUV. It features a new, more modern front fascia with a grille that seemingly melds together with the LED headlamps. It also has a pair of larger front foglamps, a sleeker side profile, and full-width LED taillights for the rear.

Inside, the fourth-gen Tucson can seat up to five. It features a lot of soft-touch surfaces, an abundance of cargo space, and a totally redesigned multi-tiered dashboard. Moreover, it also gets a new center stack and a sleeker set of AC vents. Moreover, the gear shift lever was replaced by a push-button gear selector. And lastly, the new Hyundai crossover is also equipped with a 64-color ambient lighting system.

On the new Tucson's dashboard is a dual-screen headunit. It has a whole host of smartphone connectivity options, and satellite radio. It can even be used as a WiFi hotspot, and it can connect to two phones at the same time.

The Fourth-generation Tucson uses the new Hyundai-Kia N3 platform, which it shares with the new Kia Sportage and Hyundai Santa Cruz. For suspensions, it gets a MacPherson strut front suspension and multi-link for the rear. It also uses an all-wheel-drive.

Despite being a crossover, the new Hyundai model was tested extensively in the rough terrain of the Austrain Alps. There, it proved capable of running over rough terrain, towing, and dealing with slipper road surfaces.

For the latest version of the Tucson, it either comes with a 2.0-liter gasoline mill and the 2.0-liter diesel engine that's available on the older third-generation Philippine-spec Tucson. In other markets, a 1.6-liter hybrid powertrain is also available. At most, this can make up to 230 horsepower and 350 Nm of torque. There's also a non-hybrid 1.6-liter.

The price of the Hyundai Tucson in the Philippines is not yet available at the moment but will be updated as soon as official pricing details are announced. Make sure to bookmark our 2021 Hyundai Tucson price list page and come back any time to catch up with the latest pricing changes. Is the Hyundai Tucson diesel or gasoline?

The top-spec CRDi variants are diesel-powered, while all the lower trims come with gasoline.

Does the Tucson come with leather seats?

No, fabric seats come standard across all variants of the Tucson.

How many airbags is the Hyundai Tucson equipped with?

The Hyundai Tucson comes with dual front airbags for driver and front passengers.

How many colors are available for the Hyundai Tucson? 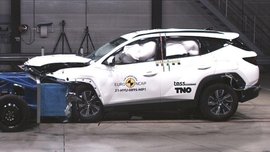 It serves up not just looks, but safety as well. 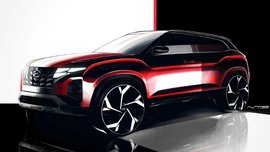 It is expected to make global debut before the year ends. 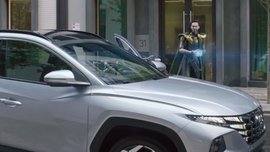