View all specifications
The Toyota 86, or GT 86 in other markets, is a 2-door sports car produced together by Toyota and Subaru. It shares the same engine and platform with the Subaru BRZ, while having slight variances when it comes to exterior and interior design. Under the hood, the Toyota 86 uses 2.0-liter, naturally aspirated boxer engine. While this engine is produced by Subaru, it uses Toyota's D4-S fuel injection system. At most, the engine can make up to 200 horsepower and 205 Nm of torque. Power is sent to the rear via a six-speed manual transmission.

The Toyota GT 86 was borne out of a series of concept cars. The most notable is the FT-86 Concept which was developed by Toyota and Subaru. It was unveiled at the Geneva Motor Show in March 2011. The history of the Toyota 86 and the Subaru BRZ however, can be traced back to 2007 with the Toyota FR-HS concept car.

The production version of the Toyota 86 then debuted in December 2012 at the Tokyo Motor Show. The Toyota-made sports car then made its Philippine-market debut on June 2012.

In 2020, Subaru finally unveiled the second-generation BRZ. Toyota soon followed in 2021 with the Toyota GR 86. As per its name, it is now under the Toyota Gazoo Racing department. Of note, Toyota Motor Philippines is yet to confirm when the new GR 86 will become avialable for the local market.

The Toyota 86 - The spiritual successor of the Toyota AE86

In 2017, the Japanese car maker gave the Philippine-spec 86 a makeover. It now rides on a new set of 17-inch alloy wheels, and its now equipped with LED projector headlights, LED turn signals, as well as an updated front bumper. Inside, the Toyota 86's interior can fit up to four people. For the Philippine market, all of the seats of this Toyota-made sports car are covered in leather. Many elements of the interior feature contrast red stitching as well. 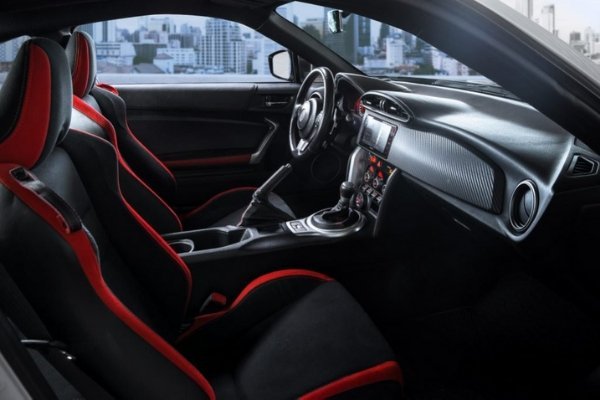 A combination of red and black color dominates the entire cabin

For convenience, the Toyota 86 is equipped with a push-to-start button, cruise control, as well as a tilt and telescopic steering wheel.

Passengers for the Philippine market 86 are kept comfortable by an automatic climate control system. Entertainment is then handles by a seven-inch capacitive screen cpable of connecting via USB, Bluetooth, and Aux-in. It can also interface with smartphones via Toyota MirrorLink. 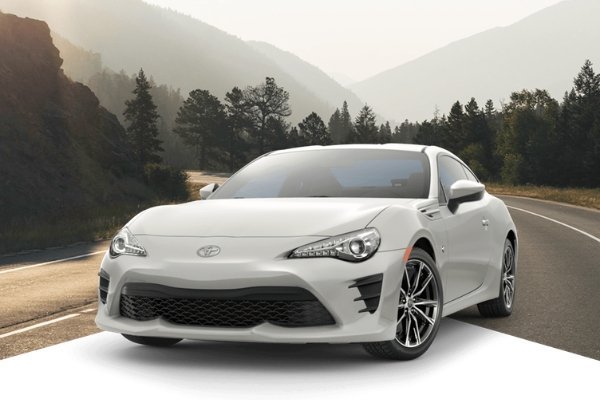 Like the Philippine-spec Subaru BRZ, the Toyota 86 uses the same chassis. It also has the same front engine, rear-wheel-drive layout, and the same suspension setup. Specifically, it uses a MacPherson strut in the front and double-wishbone for the rear. Toyota GT 86 is mechanically idential to the Subaru BRZ

Under the hood, the Philippine-spec Toyota 86 uses the same engine option that's avialable in other markets. The said engine is a 2.0-liter boxer-four engine capable of making up to 197 horsepower and 205 Nm of torque. Power is sent to the rear wheels via a six-speed manual transmission.

Is the Toyota 86 reliable?

Yes it is. Since its local launch in June 2012, the Toyota 86 has continually built a reliable and excellent reputation for car enthusiasts.

Does the Toyota 86 have automatic transmission?

Yes, it does. The top-spec 2.0 AT trim does come with automatic transmission.

Does the Toyota 86 have turbo engine?

No, the Toyota 86 isn't equipped with turgo engine. This sports coupe is powered by a 2.0L normally-aspirated boxer engine with D4-S fuel injection system.

Is the Toyota 86 a sports car?

Yes, it is a sports coupe to be precise.

*** Please note that the Toyota 86‘s prices might differ in some showrooms and should serve as reference only. 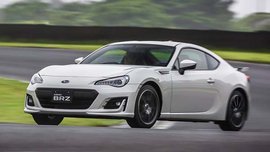 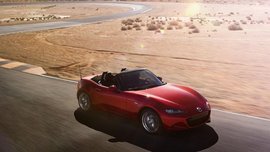 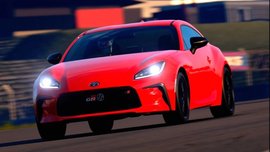 Update now and try it out. 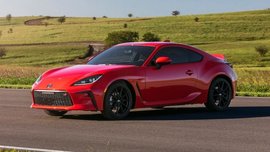 No, you ain’t going to the moon, but rather a race track. 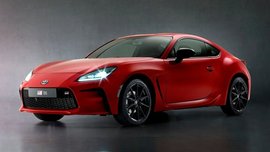 This is the result of Toyota and Subaru’s close working relationship.