Sports cars aren’t the usual fare for many motorists, but find out more about these speed demons.

It’s a pedal to the metal spec war between high performance sports cars this week! Speed is the last frontier and they will show why only a select few have what it takes, to be a speed king.

Enter the sports car and full-on spec auto brawl 101:Toyota 86 vs Subaru BRZ by Philkotse.com to see which burns rubber better! Wherever these machines go about and draw “ohs” and “ahs” just because they are sleek and sexy machines that deserve the attention. Such low-slung road-hugging cars that defy the speed limits because they are made with the best specs and with the fastest engines too. 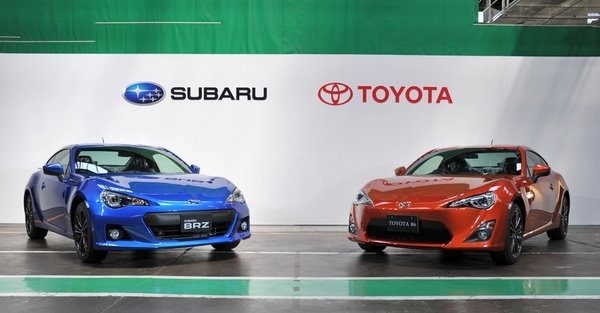 Speed is the last frontier and they will show why only a select few have what it takes, to be a speed king

What makes these two-seaters the master-blasters of speed that exceeds the performance of most production cars?

These cars don’t come cheap, and they’ll set anyone’s wallet back and give it a shock too! When it comes to displacement, horsepower, and torque that comes in second to none. Compared to other cars with normal acceleration but sports cars with their immense horsepower and torque has the fastest acceleration. Here are the options banging it out in this spec war.

Subaru BRZ: A sports car built on the legacy and excellence of Subaru’s off-road experience that is reflected in the specs of this car. A prime competitor in the sports car category that is expensive but by no means still-affordable (still cost an arm and a leg!). Its styling is modern and sleek that’s a match for other euro-cars in the market

Toyota 86: Despite having stiff competition from other sports cars that is head to head with it. This is Toyota quality that is at its peak, compared to another offering in Toyota’s line up! The style of the 86 is sleek and cutting edge that should be in any sports car option.

Let’s see which one; will win out in this spec by spec auto battle.

2. Toyota 86 vs Subaru BRZ Dimensions: Which has more space?

Most sports cars are usually small and light to make them accelerate faster. It has a been a tradition that has been around, since the days of the MG roadster and race-inspired coupes and convertibles. Both are nearly the same size except for the BRZ’s height. It’s taller by 125 millimeters than the Toyota 86.

The BRZ is a fair-sized roadster that isn’t too big or too small. It has the classic coupe style perfect for two people. A bit bigger than the Toyota 86 by 125 millimeters for a slightly taller.

The Toyota 86 coupe is a bit smaller than the Subaru BRZ by 125 millimeters that gives it a slightly smaller cabin ceiling. Maybe those who are a bit tall may find it hard to squeeze in, but those with average height can fit in fine. The difference is barely felt and the smaller profile, makes it look sleeker.

Overall, the difference is bare in size and dimensions so it’s a draw.

3. Toyota 86 vs Subaru BRZ Engine: Which has better performance?

These two options seem to share similar performance features that only differs in the horsepower produced by the Boxer engine both use. Both have on par performance, so it’s a close call.

Subaru BRZ: This option is almost the same with the Toyota 86 in most performance specs but has lower torque numbers. Another key difference is that it has no paddle-shift and this could be a deal-breaker. 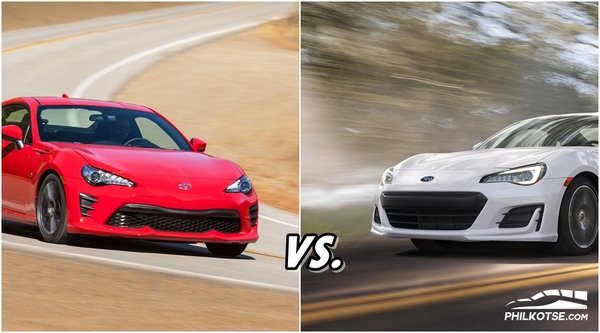 Both have on par performance, so it’s a close call

Toyota 86: This coupe shares the same engine and layout as the Subaru BRZ but muscles its way with 200 horsepower (Ps). Another spec that will edge it in should be the 225 km/h speed limit that it has. It’s suspension and brake are shared by the Subaru BRZ. If you want to learn more about this coupe from Toyota, you can look through our Toyota 86 2018 review.

The bigger numbers of the 86 is a good buying point, but both are rear wheel drive (RWD) that will balance it out a bit. Overall, between the two options, there is a slight advantage by the Toyota 86. Both have limited slip differential installed, so it’s a pretty fair playing field because of this.

All the options in Subaru BRZ vs Toyota 86 head-to-head must be a safe car to be part of it! Safety is just as important as performance because it keeps the occupant’s safe. All vehicles that have poor safety will get low marks on the onset. Sports car need safety the most; especially when instability is always imminent because it’s usually small and light.

Subaru BRZ: In the BRZ corner; it gets the edge with collision mitigation, tire pressure monitor, and brake assist. The Subaru BRZ has good buying points just like the Toyota 86, so its close match with neither one gaining.

Toyota 86: This sports coupe has knee airbags and blind spot detection system that the BRZ lacks. It can sweeten the deal better when both are considered top choices for any buyer. It has an anti-lock brake system (ABS), electronic-braking distribution (EBD), but no brake assist (BA) that usually comes with the two others.

These two options have good safety features with a good layout of both. Equal in all specifications; neither is the better, and both rank equally well. A close match that will be resolved soon.

*References about the features with (-) need verification.

A sports car should have a good interior that allows the driver to concentrate while driving fast. That comprises all relevant cabin features just for that purpose. Cars like this don’t come cheap, these features are standard, not extras.

Subaru BRZ: Inside a Subaru BRZ are all the amenities found on the Toyota 86; it’s really up to personal preference, as the deciding factor. Most cabin features are already standard so the basics will do. The BRZ is premium, and models like this will exceed ordinary cars.

Toyota 86: Toyota fanboys will love this homage to the Toyota AE 86 sedan because it has everything in it! Unlike other Toyota offering in the affordable bandwidth, this is complete and not lacking anything on the speedster’s menu. This might be one of reasons why the Toyota 86 is one of the most favorite Toyota cars in the Philippines. Between the Toyota 86 and Subaru BRZ who are almost like twins, with specs to match. Between the Toyota 86 and Subaru BRZ who are almost like twins, with specs to match

Comfort features count in this car comparison just because comfort is part of what any car should offer. If any option lacks in this spec, then the result is negative of course!

>>> Find all Subaru cars & Toyota cars on sale at Philkotse.com

6. Toyota 86 vs Subaru BRZ Exterior: Which has better looking?

The beauty of sports cars is their sleekness and dynamic styling in coupe or convertible option. These cars come in coupe versions that are almost the same look, with some differences. But both score well in the looks department, but some added accoutrements that Toyota tends to skimp on is evident.

These cars come in coupe versions that are almost the same look, with some differences

Subaru BRZ: Get this hot looking sports car for its sexy and flowing lines that seem to be in perpetual motion. As a bonus to help the car gain more speed, is a spoiler to push it lower. Also, it has a rear camera that Toyota 86 omitted in the features.

Toyota 86: Everything is all in here and don’t look for anything else if that’s okay. No spoiler or backing camera here but other performance features will make up for its lack. The Toyota 86 is modern with sleek and dynamic styling and is a gearhead affordable speed machine.

For sports cars in this auto brawl 101: Subaru BRZ vs Toyota 86 looks matter but must have a balance of features.

The victor in Toyota 86 vs Subaru BRZ auto brawl is the Toyota 86. Here are the reasons it came it out on top.

The Subaru had decent specs available but lacked what the Toyota 86 offered against the cost of the vehicle. All-around value is what the Toyota 86 offers versus the cost, but both are nearly the same vehicle regarding specs. Most Subaru’s have AWD, but the BRV lacked it and could have tipped the scales to it. So, there it is “Toyota 86” wins by a mere hair!

Wanna be in race? Search for best deals today on: 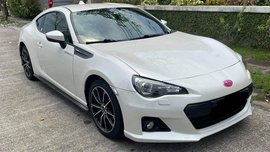